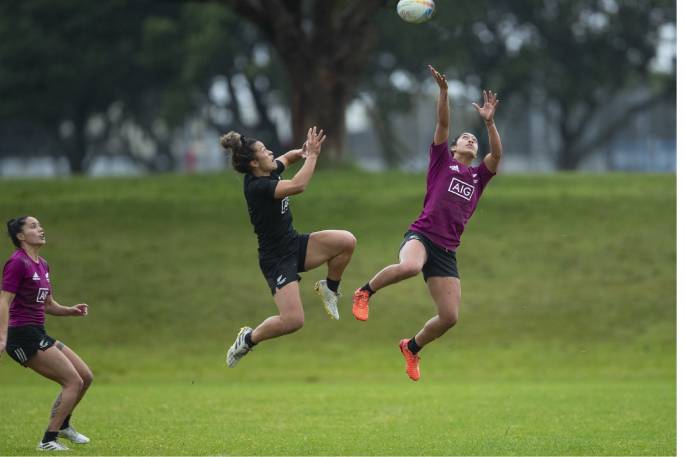 The Black Ferns have won the Oceania Sevens title after finishing the tournament in Townsville undefeated.

The Black Ferns lead Fiji 22-0 at halftime, before the two quick tries for Fiji after the break closed the gap but it wasn't enough.

Michaela Blyde was a standout for the Black Ferns, finishing as the tournament's leading try-scorer with nine.

Meanwhile on the men's side of the draw, the results were flipped with Fiji picking up the Oceania title.

Despite not playing for almost 15 months, the Fijians certainly didn't play like it, dominating Commonwealth champions New Zealand in their final match.

Jiuta Wainiqolo opened the scoring, capitalising on a brilliant pass from Jerry Tuwai. They extended their lead after the siren, despite an excellent try-saving effort from All Black Caleb Clarke.

Fiji kept the scoreboard ticking over, scoring after a penalty off the kick-off.

Kurt Baker eventually scored for the All Black Sevens, but fans and players alike erupted as Napolioni Bolaca booted the ball into the stands, a flawless 17-7 winning display from the defending Olympic champions.

The final squads for both the men and women rugby sevens teams will be announced tomorrow.