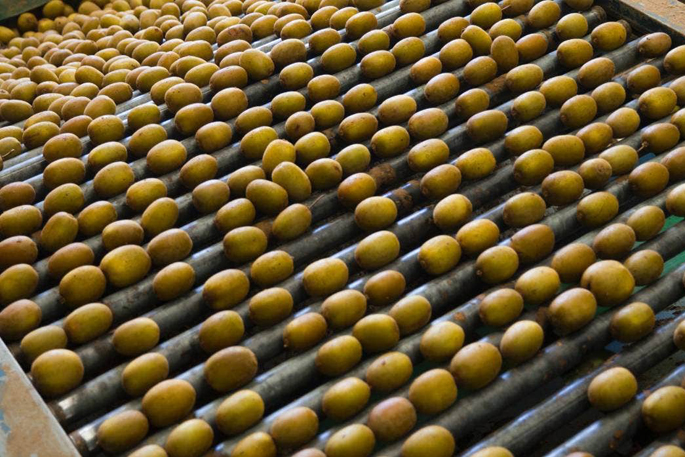 Zespri wants to buy into illicitly grown Chinese kiwifruit, a move which would be outside its legal mandate. Photo: Christel Yardley/Stuff.

The rivers of gold won’t exactly dry up, but the spread of unlicensed SunGold kiwifruit vines in China is threatening a major export earner for kiwifruit growers.

Those growers are now set to decide on a contentious commercial trial between Zespri and a Chinese state-owned enterprise.

For the past year, Zespri has sought to strike a deal to capture a portion of the estimated 5400 hectares of unlicensed fruit being grown in China. The golden kiwifruit was stolen from Zespri, and it could take a bite out of the company’s market share in China – worth more than $650 million in 2019/20.

But with attempts to get the Chinese authorities to crack down on its stolen intellectual property proving fruitless, Zespri wants to cut a deal whereby it will pay those very growers for their SunGold.

New Zealand growers on Friday cast their final votes on a proposed one-year trial that will see Zespri buy and brand 200,000 trays of SunGold from the unlicensed Chinese growers.

The outcome will be known late next week, and the company needs the support of 75 per cent of growers to proceed.

The trial – deemed high risk but high reward by a Chinese agriculture expert – has already been rejected once by the industry regulator Kiwifruit NZ. And while Government ministers have kept their distance, Stuff has obtained information showing government departments and former prime minister Sir John Key were involved in stacking up the deal.

Zespri signed a “memorandum of intent” with Sichuan State-owned Assets Operation and Investment Management at a splashy signing ceremony held in Chengdu, the capital of Sichuan province, in November last year.

At the event, Zespri chief executive Dan Mathieson​ spoke of a three-year commercial trial that could be extended – potentially doubling Zespri’s production in China to 50,000 tonnes of kiwifruit. 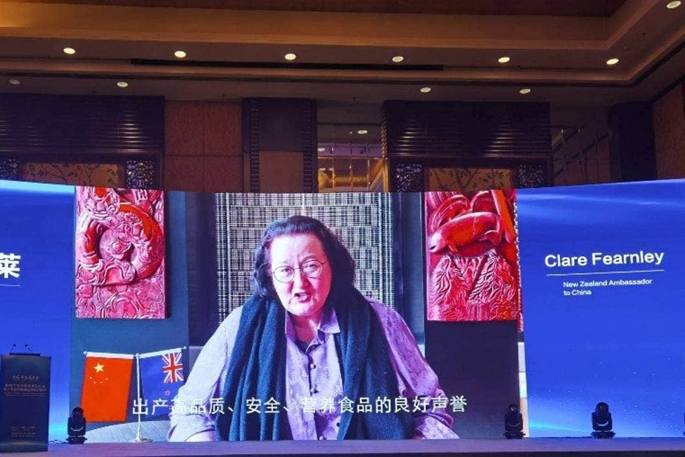 New Zealand Ambassador to China, Clare Fearnley, beams into an event to celebrate the signing of a memorandum of intent between Zespri and a Chinese-state owned enterprise, in November 2020. Photo: Supplied/Stuff.

New Zealand’s ambassador to China Clare Fearnley says the New Zealand government will fully support the project, according to the Sichuan company’s website. She has been quoted saying kiwifruit was returning from its sojourn overseas to its home province of Sichuan.

But this ambition has been scaled down since it was urgently pursued by Zespri in 2020.

Industry regulator Kiwifruit NZ in January rejected a proposal for a three-year trial deal to buy 1.95 million trays, saying it posed “more than low risk” to growers. There was a potential that further intellectual property would “leak” into China, and the company’s relationship with its largest market could be damaged.

So Zespri instead sought permission from the country’s 2792 growers for the smaller one-year trial.

Dr Scott Waldron, a University of Queensland senior lecturer who has conducted agricultural field work and trials in China for nearly 30 years, says Zespri's strategy is “potentially high-gain ... but the risks are very high”.

“The lower risk strategy would be that New Zealand just continues to export its SunGold variety to China, at least then it can protect the integrity of its brand, it's the best stuff in the world,” says Scott.

“I’d take the latter option if I was a grower.”

Initially the trial was small scale, and the company has said it would maintain “tight contracts” with select growers. But, Scott says, if Zespri reached its goal of 50,000 tonnes of fruit a year, that could mean making arrangements with almost 3000 small farmers.

“The risks just escalate. Controlling all the inputs, the pesticides and the fungicides and the growth promoters ... Quality assurance gets much, much harder and that poses risks for the Zespri brand,” he says.

Zespri official Carol Ward says if the deal isn't signed-off by growers, Zespri will continue to sell in China – the country makes up 20 per cent of its total exports – and monitor the spread of unlicensed SunGold.

“We’re continuing to develop other markets as fast as we can,” she says. “There's a realisation that in some ways we’re stuck between a rock and a hard place.”

The company estimates it could expand to 16,000 hectares by 2025. Securing a production foothold in the Chinese market would give Zespri the ability to produce SunGold for the market year-round.

Taking legal action against the growers had proven fruitless in China’s legal system, though Ward says there was hope a commercial deal would give Zespri “a voice within the Chinese industry to be able to talk about protection of our plant variety rights”.

Prime Minister Jacinda Ardern and Agriculture Minister Damien O'Connor have been kept informed about the trial since last year, and were briefed as recently as March.

Asked last week if she had raised any concerns about the deal with Zespri, Ardern says it was not for her to “dictate” how the company conducts its policies or relationships.

“Government entities work alongside our exporters. Part of our remit is to support our exporters in the export markets ... I see that as quite different from me giving instruction on the way they conduct their business.”

Correspondence obtained under the Official Information Act show officials from Ministry of Foreign Affairs and Trade and Ministry of Primary Industries worked closely with Zespri for months – despite the trial not yet receiving approval from the industry regulator or the country’s kiwifruit growers.

Throughout the correspondence, officials spoke of giving full “NZ Inc” support to Zespri and ensuring “alignment” between the ministries and the company.

John Key, a member of Zespri’s “China Advisory Board”, provided a recorded message for the conference in he says: “We can make sure this a win-win situation for everyone really,” using a phrase – win-win – beloved by the Chinese Communist Party.

Zespri had informed KNZ it would be seeking permission for the trial on October 23. But the pressure to push on with the arrangement was being ratcheted up, as Zespri wanted to start the trial from the start of 2021.

The chairwoman of industry regulator KNZ, Kristy McDonald​, QC, in November sent Bruce a letter about an allegedly offensive and threatening phone call. Kristy says, in the letter, that Bruce  tried to “browbeat” KNZ into “rubber-stamping” the deal.

Kristy rejected this characterisation of the phone call.

Within a day of this, MPI chief executive Ray Smith was being briefed on what it would mean if there was a “failure to comply with regulation 10A” – the section of law which required Zespri to seek permission to go ahead with the deal.

“There is no provision for the Minister or MPI intervene in the regulations,” a official says, in a heavily redacted memo released under the OIA.

Ultimately, KNZ declined the trial. And now the growers will decide.

From the basic oversight to get the name "Kiwifruit" trade marked, right up to the present wire, where an overseas competitor has been allowed to steal property that cost NZ growers millions to develop, the history of commercial Kiwifruit growing has been a horror show. It’s no wonder the politicians are staying out of it; they recognize incompetence when they see it... We are going to reward people who stole our property, with multi-million dollar deals, because their own government is too criminal to do anything about it, but we think their illegal growers can be trusted? And so we’ll provide more of our expertise and competitive advantage to them. Just exactly WHO is this "win-win" for? Not for NZ growers, that’s for sure.