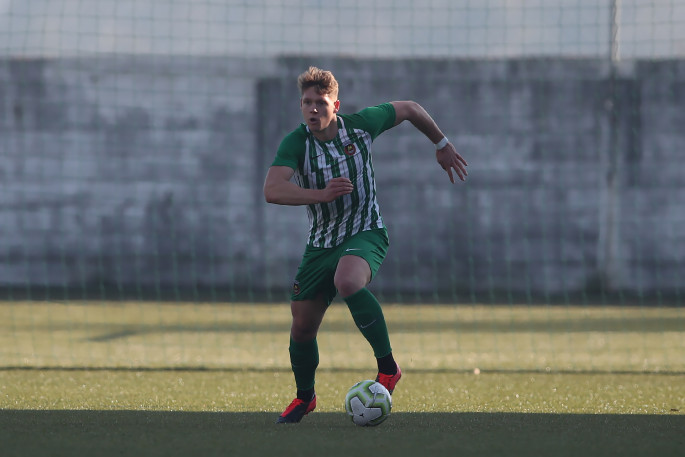 Ngongotaha’s Nando Pijnaker will feature for the New Zealand men’s team at the Olympic Games this summer. Supplied photo.

The men’s and women’s football teams for the Tokyo Olympics have been named with several players from the Bay of Plenty included in the two squads.

Nando Pijnaker and Jamie Searle have been named in Danny Hay’s men’s team for the Games whilst Tom Sermanni has called up Paige Satchell and Olivia Chance into the Football Ferns squad.

It is especially impressive for Ngongotaha AFC, with two former Villagers youth prospects, Pijnaker and Satchell, heading to Tokyo.

Former Tauranga Girls’ College student Chance will be hoping to challenge for medals at the games whilst Searle, currently on the books at Swansea City, will battle with Michael Woud for the number one goalkeeper spot for the OlyWhites.

Earlier this year, Portugal-based centre-back Pijnaker told The Weekend Sun all about his Olympic dream.

“It’s always a dream to play for your country,” said Pijnaker, who plays his football for Portuguese top-flight outfit Rio Ave.

“Ever since I was young I wanted to play for the All Whites, so being able to make my senior debut was special. I won’t forget that moment.

“Not many people can say they’ve gone to the Olympics, so to have a chance at going would be a great experience.”

The Football Ferns will rely on a core of experience, as the quartet Abby Erceg, Ria Percival, Anna Green and Ali Riley will be playing at their fourth Olympic Games, while talent from the bronze medal winning U-17s is also starting to come through in the squad via striker Gabi Rennie and goalkeeper Anna Leat.

Other European standouts such as Bayern Munich’s Sarpreet Singh and PSV’s Ryan Thomas were not available for selection.

Both teams will have high hopes ahead of the games and New Zealand Football CEO Andrew Pragnell sees it as a stepping stone to greater things.

“Tokyo 2020 is key for reigniting our women’s and men’s high performance programmes,” he says.

“The impact of Covid-19 has been massive on our international activity, so we’re delighted with the opportunity to get our national teams playing again.

“For the Football Ferns, Tokyo 2020 marks the beginning of the build-up for the biggest prize of them all – hosting the 2023 FIFA Women’s World Cup on home soil. A blend of experience and potential makes up the Football Ferns squad, and we are now starting to see some of our most exciting talent, already versed in succeeding at FIFA events, come through to the senior side.

“For our men’s side, Tokyo 2020 helps to re-start preparations for qualifying for the 2022 FIFA World Cup. The side is an incredible group of young talent, guided by some of our most accomplished senior players, which makes for a very dynamic team playing football for New Zealand in Tokyo.”

The Football Ferns play in Group G, and will come up against Sweden, USA and Australia. Their campaign gets underway against Australia on Wednesday, July 21.

The full squads are as follows:

*Winston Reid is subject to availability and will be replaced by Tim Payne (Wellington Phoenix, NZ) if unavailable.