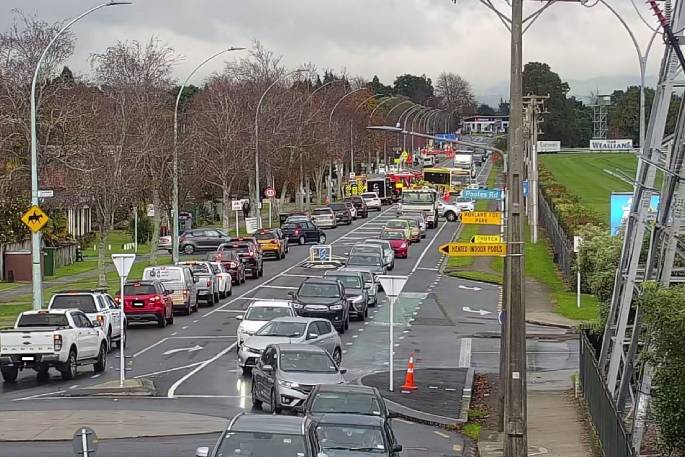 Tauranga City Council is advising the crash scene has cleared and both lanes are now open.

EARLIER: Emergency services are currently in attendance at the scene of a traffic incident on Cameron Road.

Two vehicles have been involved in a collision near Maitland St.

Tauranga City Council have informed SunLive of the incident.

“One injured being tended to by ambulance,” TCC say in a statement.

Police confirm they are at the scene having been notified of a two-car crash at 11.45am.

“It appears one person may have sustained moderate injuries, Ambulance were notified,” says a Police spokesperson.

Police state that traffic was able to continue but TCC advise road users to avoid the area for the time being.

“Recommend avoiding Cameron Road between Pooles Rd and Maleme St until the scene is clear.”