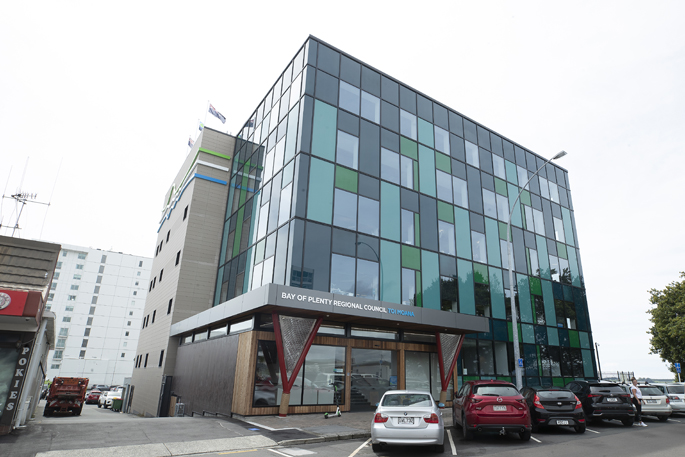 There are fears a move by the regional council to collect its own rates could see communities paying more.

The Bay of Plenty Regional Council resolved late last year to collect its own rates rather than paying district councils to collect on its behalf.

Opotiki District Council chief executive Aileen Lawrie has sent a letter to the regional council outlining concerns that the decision will see Opotiki ratepayers paying more for a reduction in levels of service.

However, the regional council says this will not be the case and regional ratepayers would save $2 million each year.

In her letter, Lawrie says Opotiki council receives $120,000 each year to collect rates for the regional council and without this income Opotiki ratepayers will be facing a 1.2 per cent increase in their rates bill to cover the shortfall.

She says the regional council will also have to staff an office building in every district to collect rates from the community a cost she says will outweigh what it pays district councils to collect rates.

“Opotiki has challenges around connectivity and use of internet banking amongst a significant number of ratepayers,” Lawrie writes.

“We receive a lot of payments across the counter in many different forms … cash, eftpos, credit card, and sometimes mussels. If the BOPRC does not intend to provide the same level of service to the Opotiki community, there should be sufficient consultation with communities to ensure that ratepayers are well aware of the changes and have an opportunity to provide feedback to the council.”

Lawrie says if the regional council does not do as she suggested then the Opotiki community will suffer a reduction in its levels of service.

“Our communities are some of the poorest in the region, and have gone without, or with less than many others for a long time,” she writes.

Councillors should be very clear around what they want to achieve through this and understand the full implications of the changes before they make a decision that will negatively impact on Opotiki residents, ratepayers, and communities.”

Opotiki District is not the only one who will be affected by these changes, Whakatane, Kawerau, Western Bay of Plenty, Tauranga, Rotorua Lakes and Taupo councils all collect rates on behalf of the regional council.

“We don’t expect to be opening up new service centres. Instead, we will be looking at alternatives, such as using NZ Post as a payment agency, like many other councils already do. Therefore, when the service starts customers and ratepayers could be able to go into the NZ Post shop in Opotiki to pay their rates over the counter, if they would rather do that than use online services.”

Taylor says there were three main drivers for the change.
The first is to ensure a consistent approach for rates remissions for all regional council ratepayers.

The regional council’s policy is to adopt the rates remission and postponement policies of the district councils in each rohe. However, as these policies are all different, regional council ratepayers are having different outcomes.

“Consistent region-wide rates collection provides the opportunity for us to standardise remissions and postponements that apply to regional council rates to achieve better equity and fairness across the whole region, rather than only applying some remissions within individual areas,” says Taylor.

“It also provides the opportunity to provide new remissions policies to address demographic and environmental issues such as climate change.

“The regional council has legal responsibilities relating to setting and collecting rates within statutory rules and statutory timeframes. Collecting our own rates means we are no longer tied to the process and timeframes set by other councils giving the regional council more control over this critical source of revenue that is used to provide services for our community like flood protection and public transport.”

Collecting its own rates will increase visibility of the regional council’s services, and result in more community connections, feedback, and engagement, says Taylor.

The third reason is that the regional council will achieve cost efficiencies.
“The cost of collection through the district and city councils changes each year as it is based on a percentage of rates collected.

“The percentage for collection is between 2 per cent and 5 per cent depending on individual arrangements with each council, and whether the commission includes other associated administrative costs or not (such as the share of the valuation fees, printing and postage, which may be charged in addition to the commission in some cases). While the value of the commission paid to the other councils for collection has been increasing each year, the cost of collection does not generally increase proportionately. This increasing gap means that the cost of collecting regional council rates ourselves is expected to be lower than the costs of the current arrangement.”

“We are currently defining detailed costs for in-house collection (and associated forecast savings) as we’re in the process of defining the required resourcing levels, and the methods and associated costs of new payment options for ratepayers,” says Taylor.

“We are also in the process of procuring the rates collection technology system. Nevertheless, the annual cost of in-house rates collection is expected to be significantly less than the current cost of approximately $2 million per annum.

“We’re meeting and working with the region’s city and district councils so that the transition is smooth for both them and for our ratepayers.

“We expect that regional ratepayers will receive their first invoice from us at the start of the 2022/23 financial year.

“We’re planning an extensive campaign to run in the lead up to this next year so that all ratepayers are aware of the change and we’ll make sure it’s available via many different methods and channels,” says Taylor.

Gee wizz what a nice building!

This is what YOUR rate money has bought. After a multi million dollar re-fit it is now deemed suitable for OUR regional council workers sit sit back in and enjoy the calming harbour views where they can sit and plot their next steps in justifying their next rate-rises and salary increases all while achieving well, not much really. And we as Ratepayers have to sit back and tolerate them flaunting this extravagence at our expense and throwing it in our faces. It’d be interesting to see how much their pay rises were last year compared to our nurses. It’d be interesting to know given that they bought the building with OUR money what they are charging US to rent it!