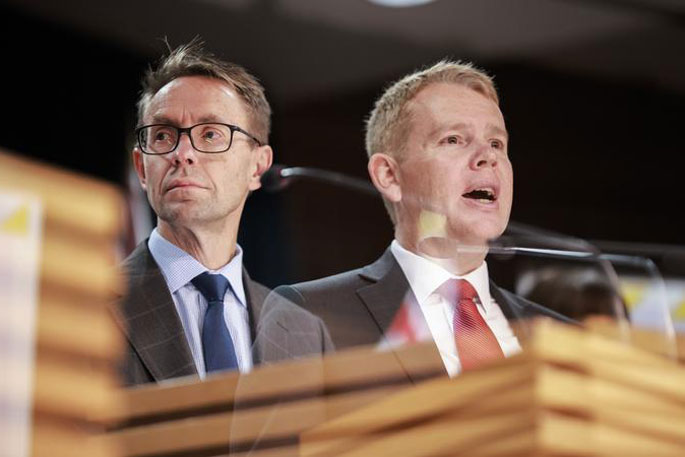 Two people from Tauranga are considered close contacts of the person from Sydney who has tested positive for Covid-19.

The two people are isolating and awaiting testing results, the Director General of Health Dr Ashley Bloomfield says they had "fleeting" interaction with the case.

The person from Sydney visited Wellington from June 19 until June 21 and returned a positive result upon returning home.

Dr Bloomfield says the Sydney Covid-19 case was with his partner and they spent time as tourists.

They have four close contacts including the two in Tauranga, the other two are in Palmerston North, have tested negative and are also isolating.

Two people from Tauranga are among the four close contacts of a Sydney man who tested positive for COVID 19 after visiting Wellington last weekend.

These people are isolating and have been tested.

Please follow the COVID guildelines and stay home if sick.

The Wellington region will move to alert level 2 from 6pm tonight until 11.59pm on Sunday.

The rest of New Zealand will remain at alert level 1.

On the person in question, Hipkins says they were likely to have been infected before they travelled to New Zealand.

"I do want to reassure New Zealanders that we've always had plans in place for situations like this and that is what we are working through now. Our contact tracers have been working at pace and they have been since we were first notified of this case last night."

He says the case, who has since returned to Sydney was spoken to last night and again early this morning. Their four close contacts were notified last night, and two have returned negative results.

He also says the decision to pause travel with New South Wales was made before New Zealand officials were notified of the case. When the case left Sydney there were just four cases there, though that number has since grown significantly.

The person has had the first dose of a vaccine about 10 weeks ago and thoroughly used the Covid-19 Tracer app while visiting in New Zealand.

"Our hope is that many people who visited those venues that are locations of interest have also been using the app ... however that is complementary to the information that we have put out on our website."

He says the ministry feels confident they have identified all the locations of interest but more specific information will be provided about specific locations at Wellington airport after CCTV has been assessed.

Two of the person's four contacts are located in Palmerston North, and the other two are in Tauranga. Those in Tauranga had a much more fleeting interaction with the case. All four are isolating.

Some 58 passengers who came into New Zealand from Sydney early on Saturday morning are considered close contacts and will have been contacted, Bloomfield says. They would all have been notified last night and be ringing Healthline directly.

Bloomfield says he encourages Wellingtonians and others who have been in Wellington over the weekend to check the places in the locations of interest. Some people will be required to isolate for the full 14 days.

The case stayed at Rydges Hotel in Featherston Street and spent the weekend in tourist and other places around Wellington and dining in the central city. Some of those who were on the return flight to Sydney have since returned to New Zealand and are also being contacted.

The person returned to Sydney on Monday at 10.13am.

Sewage testing has been taken at the Moa Point site yesterday and results should be available tomorrow.

About 5900 tests were processed yesterday and about 470,000 scans with the app. "We want and need that number to increase," Bloomfield says.

People who have been at these locations at the relevant time should immediately isolate at their home or accommodation and call Healthline on 0800 358 5453 for advice on testing.

Zero known community cases so they raise the alert levels. Only in New Zealand! Other countries a recording hundreds a daily community cases yet the population are still allowed to go on an overseas summer holiday. Time to break free of this hermit nation.

This nonesense is going to become a Life Sentence for New Zealand and other countries globally...because They can and They will, for as long as They please/get away with it!

“It’s a beast” is a particular favourite of mine from some Ozzy politician. “It’s a gold medalist at jumping from person to person” is very on trend. Being “scary” or “highly infectious” is just boring now. To keep my attention they need to create some new sayings.