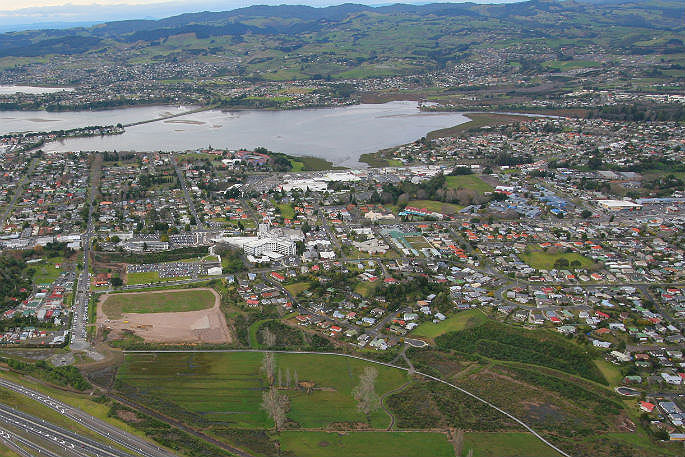 The housing crisis is a human rights crisis in New Zealand.

That is according to the New Zealand Human Rights commission after United Nations Special Rapporteur on adequate housing in a new report officially tabled over night at the UN Human Rights Council in Geneva.

Housing speculation, a lack of affordable housing options, limited protection for tenants, substandard housing, the absence of an overarching Te Tiriti and human rights based housing strategy, and a lack of adequate social housing or state subsidised housing are the main causes of the crisis according to the report.

“The government has binding human rights and Te Tiriti obligations to create conditions which permit everyone to enjoy a warm, dry, safe, accessible and affordable home,” says Paul.

“While government has made progress on housing in New Zealand, the findings of this report from the United Nations confirm that problems run deep. Human rights and the UN report can help to address the crisis.”

In a pre-recorded video to the UN Human Rights Council welcoming the report, Paul uses the opportunity to call for the human right to a decent home grounded on Te Tiriti o Waitangi to be realised in New Zealand.

“Of course, the right to a decent home does not provide a magic solution to a complex crisis,” he says.

“There is no magic solution. But human rights can help.

“They are tools — so let’s use them to the advantage of everyone in New Zealand.

“As the Rapporteur says, Canada has recently recognised the right to adequate housing and adopted a human rights approach within its national housing policy. Why not in New Zealand?”

During a visit to New Zealand from February 10-19 last year, at the invitation of the Government, the UN Special Rapporteur on adequate housing, Leilani Farha, investigated housing as a human right in New Zealand.

She spoke with government officials, residents, researchers and representatives of civil society organisations in visits to Auckland, Christchurch, Kaitaia and Wellington.

The findings of her visit were published in a report tabled at the UN Human Rights Council on June 22 in Geneva.

Housing has become a “speculative asset” in New Zealand rather than a “home” says the Special Rapporteur — calling attention to on-going housing speculation due to low interest rates coupled with an underdeveloped rental housing system with inadequate tenant protections.

“Successive governments have not delivered on housing for many years,” Paul says.

“For decades governments failed to create the conditions which permit everyone to enjoy the right to a decent home.

“Because of this, up and down the country, families have suffered serious, avoidable hardship. Ms Farha’s findings reinforce this reality.”

“A living-framework for understanding what the right to a decent home means in our distinctive national context, and how it can help individuals, communities, hapū, iwi, housing policy makers and practitioners, is needed in New Zealand.

“Our new guidelines, grounded on Te Tiriti and international human rights law, will outline what the right to a decent home means in the unique context of Aotearoa,” Paul concludes.

Limited protection for tenants…. The liberal government has created a situation where excessive and defined housing costs are going to be passed on to tenants have also given tenants greater powers to not pay the rent and you can’t kick me out so how many houses do you think are you going to be available for people who are struggling?

Anything for a headline...

....we are going in so many different directions in this article that it is hard to see what the actual issue is, assuming there is one. When you read it, and re-read it, it actually doesn’t say anything tangible at all, just more weasel words, even the ’housing crisis in New Zealand’ becomes ’in the context of Aotearoa’....if this is truly being discussed on the world stage surely we need to know the recognised name of the country in discussion...either way. I will bet Paul Hunt is recompenced really well for his efforts, but mate, please, CUT THE CRAP !...

Failing that maybe they could send some tents and aid like they do for the other countries that are in a sorry state. Maybe Lorde could do single to raise some cash for us. Other countries are suckers for a sob story. Let’s milk this puppy for all it’s worth. HELP

...where they picked up the phrase:"...absence of an overarching Te Tiriti and human rights based housing strategy..." ? I wonder too, what vested interest is feeding them this rubbish...

LOL! One of your best yet, Slim, and right on the button...

Does anyone recall, a long long time ago, when Jacinda said to all NZ’ers that her main election promise was that she would fix the housing crisis…How’s that working out for yah “ Prime Minister”?! Just more excuses I guess.

This Government is just not up to it. The UN should remove them and send some Commissioners to run the show.

You know it’s bad when the UN starts sticking it’s nose in. Maybe some developed nations could help us out by sending aid?