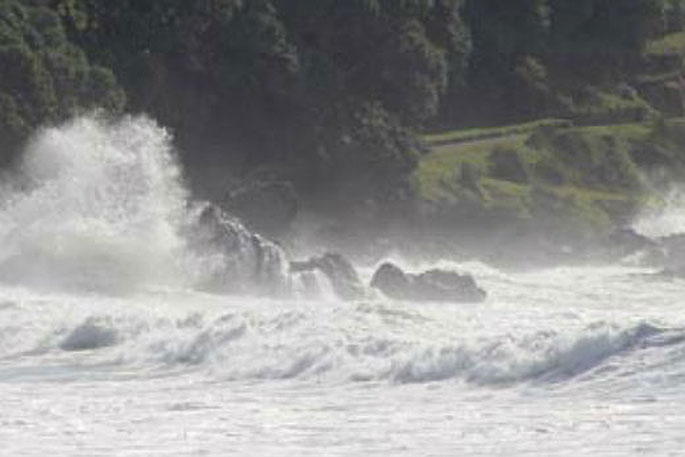 MetService is forecasting continued active weather for eastern and central Aotearoa, before the weather system pulls away to the east of the country during Tuesday, taking the wet and windy weather with it.

A complex low-pressure system slowly moved across the North Island over the weekend, and brought persistent rain for much of the North Island and northeastern South Island, resulting in surface flooding in places.

The low also brings a squeeze of southeasterly winds to central New Zealand today, where Strong Wind Watches and Warnings have been issued. Winds pick up in eastern Bay of Plenty before dawn, but the Strong Wind Watch there is only valid until 1pm Tuesday.

MetService meteorologist Mmathapelo Makgabutlane says parts of Gisborne received around 220 mm of rain, while over 150 mm fell in parts of the Coromandel Peninsula, the ranges of Hawke’s Bay, all the way down to the greater Wellington region over Saturday and Sunday. 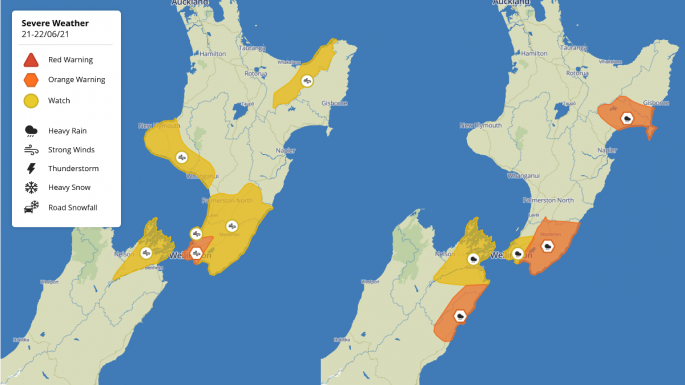 The low continues to inch its way across today and the eastern and lower North Island is still in the path for further heavy rain.

Wairarapa sees that risk until tonight where an Orange Warning is in effect, while the stretch between the hills of the Wairoa District of Hawke’s Bay to southern Gisborne could get heavy rain into tomorrow morning.

The eastern South Island, where the weather system also delivered high rainfall accumulations, is already on a clearing trend today, while many inland parts of the lower South Island remain under low cloud, as they have been for the last while.

The low moves away during Tuesday and is briefly replaced by a ridge of high pressure. This sees a period of more settled weather before the next round of wet weather arrives from the other direction, impacting western South Island from late Wednesday.