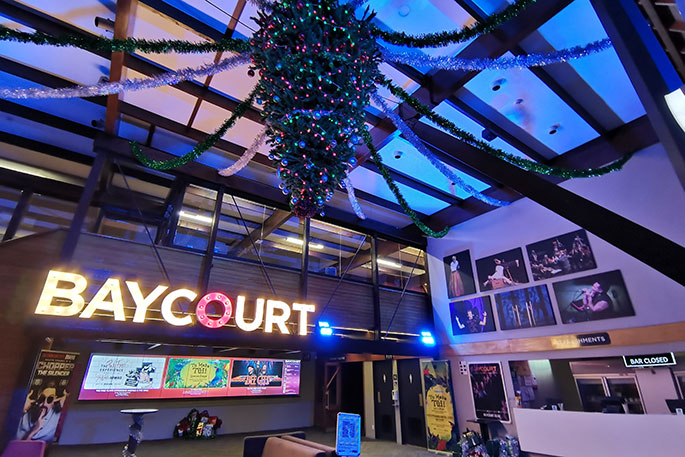 Baycourt has been the home of the IYSFF NZ National Awards Final since 2016. File photo/SunLive.

The search is on for the best young Kiwi filmmakers in Aotearoa with submissions now open for the 2021 International Youth Silent Film Festival New Zealand Nationals.

The IYSFF is an annual global competition challenging young filmmakers, aged 20 and under, from across the United States of America, Montenegro, Hungary, Australia, The United Arab Emirates, and New Zealand to create a three-minute silent film set to one of 10 musical scores composed specifically for the festival.

Submissions for the 2021 competition close at midnight on Wednesday, September 1.

Once submissions close, a panel will then select the top 15 films to be screened and celebrated at the IYSFF NZ National Awards Final at the Baycourt Community & Arts Centre, on Thursday, November 11.

Recently-appointed Baycourt manager Reena Snook says the Tauranga venue has been extremely proud to be the home of the IYSFF in New Zealand ever since the competition made its Aotearoa debut in 2016.

“On behalf of the IYSFF NZ team and Baycourt I want to wish all our young Kiwi filmmakers the best of luck this year.

“On the night of the awards final, the soundtrack for each Top 15 film will be performed live on Baycourt’s Mighty 1926 Wurlitzer Theatre – one of only three in New Zealand and arguably in the best condition,” says Reena.

This year’s competition features prizes for the Top 3 placed filmmakers plus seven ‘Best Of’ category awards to be won.

In addition, the top two Kiwi films will go on to represent New Zealand at the annual IYSFF Global Awards in Portland, Oregon, USA, in 2022.

Reena says the IYSFF is an amazing opportunity for young Kiwi creatives to share their stories and imagination with the world.

“The IYSFF NZ is a perfect platform for young Kiwis to also express their unique perspective on issues currently facing our communities, country and the world, through a creative and inspiring medium.”

The IYSFF NZ Nationals 2021 is delivered with support from major media partner The Breeze Tauranga 95.8FM.

For rules, soundtracks, or to make a submission visit the IYSFF’s website at www.makesilentfilm.com or for more information about the IYSFF NZ National 2020 competition visit www.baycourt.co.nz/youth/iysff-nz-nationals