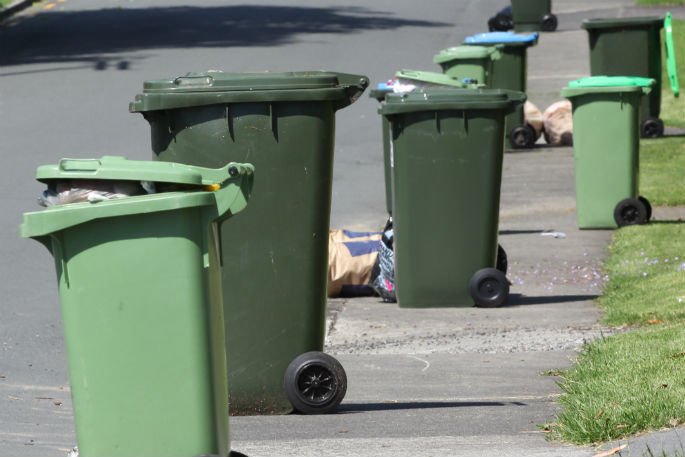 Hauraki District Council has pledged to stand alongside local iwi Ngāti Hako should it choose to challenge a covenant registered against the Tirohia landfill property in 2003.

Hauraki Mayor Toby Adams says the Council made its decision to support Ngāti Hako because it recognises the importance of their tupuna Maunga - Rae o Te Papa and has great sympathy for the position the iwi has found itself in.

“Unfortunately, due to a disconnect between the intent of a memorandum of understanding between Ngāti Hako and HG Leach & Co Ltd in 2003 and the wording of a condition that was subsequently put on the Tirohia landfill resource consent, the covenant that was registered against the landfill site does not reflect what was agreed between the two parties,” he says.

“They thought they had secured a time and scope limit on the landfilling at Rae o Te Papa but the covenant that was registered against the titles by the Council in good faith, did not prevent further quarrying and landfilling on the property within that timeframe, which is what was clearly agreed to in the MoU.”

Adams says in 2003 Ngāti Hako reached agreement with HG Leach & Co Ltd, the Tirohia landfill operator at that time, that, among other things, it would withdraw its objection to the company’s resource consent application at the time, there would be no further landfilling or extension of quarrying beyond the limits described in the company’s application, and no activity would occur beyond 2038.

“Council was not a party to the MoU between HG Leach & Co Ltd and Ngāti Hako and although we were aware of the MoU, we hadn’t seen it until a few months ago,” Adams says.

About three weeks after the agreement between H G Leach & Co Ltd and Ngati Hāko was signed, the company sent proposed wording for the condition to Council and Ngāti Hako and asked for it to be included in the consent.

The Council included the proposed condition in a staff report on the consent application and provided a copy of the report to Ngāti Hako.

In May 2003, Ngāti Hako advised Council that it had received and assessed the staff report and that it was formally withdrawing from the hearing process.

The commissioners subsequently included the proposed condition in the consent and in September 2003, H G Leach and Company Limited registered a covenant against the company’s properties and provided a copy of the Deed of Covenant to Ngāti Hako and Council.

“Regretfully, no parties picked up on the omission in the condition put forward by H G Leach and in terms of the current resource consent application by Waste Management Ltd, the advice that Council has received is that the application does not breach the Deed of Covenant,” Adams says.

“The Council has no power to withdraw the current consent application or make a decision on the outcome, but it is willing to support Ngāti Hako in an application to rectify the covenant should they wish to go down this path.

“Council was not a party to the MoU so we can’t apply to rectify the covenant, but we really feel for Ngāti Hako and we’re keen to korero with them about how we can work on a solution together.”

“Regretfully, no parties picked up on the omission in the condition put forward by H G Leach and in terms of the current resource consent application by Waste Management Ltd"....Oh Yeah. That’s completely believable. (Sarcasm) This is precisely how bigger groups.. businesses/corporations/govt entities operate towards us normal folk. Like it or not. It’s happening. Oh no we did a whoopsy. How much $ will make the booboo go away? Well it’s too late to change it back.. So lets negotiate. Sorry no-ones at fault...right? Sign here plz.