One year since police officer killed in NZ 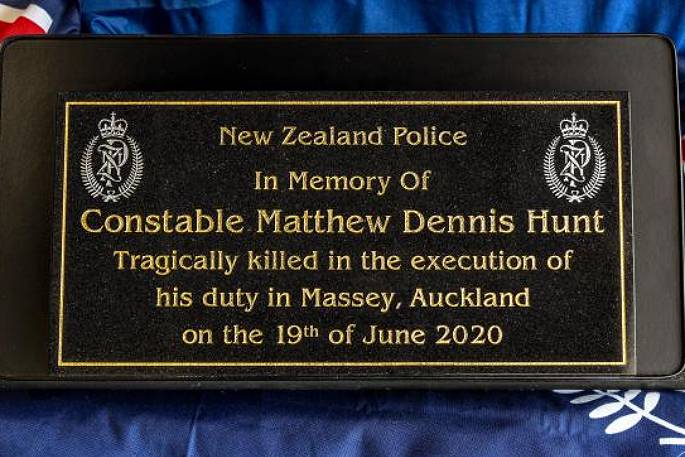 Today marks one year since New Zealand Police officer Constable Matthew Hunt was killed in the line of duty.

Constable Hunt was killed during a traffic stop in Massey on, June 19, 2020.

His partner that day was also seriously injured.

Matt’s loss has been felt every day in Waitematā District where Matt had spent more than two years working for New Zealand Police.

His death has also impacted his colleagues across the country.

Commissioner Coster says they continue to mourn Matthew’s death and our thoughts are with his family who miss him dearly.

"It was moving to see police staff come together to acknowledge the year that has passed without Matthew working by our side.

"His death has impacted our officers greatly, particularly those who worked closely with him during his time at Orewa Police station.

"While we have marked the one-year anniversary of Matthew’s death with a ceremony at Henderson, I know many of his colleagues, friends and family will also be remembering him in other ways.

"Matthew had touched the lives of so many and while Police mourns his loss, we know his family have been the most impacted by losing their beloved son and brother," says Commissioner Coster.

"“We are continuing to offer support to Matthew’s family as well as our officers who need it.

"The welfare of our officers is our priority."

The officer who was injured in the incident continues to recover and is being supported by his colleagues and the organisation.

....times like this we are reminded that ALL lives matter.....hope his working partner on that sad day is doing well....... ....serving in the Police must be a hell of a job sometimes, sometimes rewarding, sometimes not so much...from me and hopefully all of NZ, thanks guys!

One policeman killed is one too many. We live in a safe society here. Compare with South Africa, where, in the first six months of 2019, 26 policemen were killed.