The All Blacks Sevens and Black Ferns Sevens depart for the Oceania Sevens in Townsville, Australia next Tuesday, with both sides carrying an extended squad for the last tournament before Olympic selection.

Until then, they are training at their usual base at Blake Park in Mount Maunganui.

One of the women hoping for Olympic selection is 23-year-old Tenika Willison.

Based just across the road from the high-performance Adams Centre on Miro St, ‘Neeks’, as she is known to her teammates, has been included in the 18-strong contingent for Queensland.

Whilst the Olympics loom on the horizon, Willison is doing her best to focus solely on facing hosts Australia and Fiji at the Townsville tournament.

“It has obviously been a really long journey with it getting postponed now that it is right there I am just trying to enjoy the journey.

“Just to be a part of the team and the buildup is a lot of excitement in itself.”

The process has certainly been a long one for the Black Ferns Sevens. Due to Covid-19, the usual Rugby Sevens World Series has been on the back-burner in recent times.

The series against current Olympic gold medalists Australia at Eden Park last month was their first taste of international action in 473 days. New Zealand won the series 5-1 and Willison thinks it was a vital match-up.

“Just going off the Auckland tournament against Australia it was good to see where we are in terms of against other teams like Australia, who are one of the best teams in the world and an Olympic gold medalist team,” says Willison.

“It was good competition for us leading up to the Olympics.”

Willison will be hoping to find her way into the Black Ferns Sevens final 12.

She already has top tournament experience, having been called in as an injury replacement for the 2018 Commonwealth Games.

Willison then found herself thrust into the starting seven for the final with the now 23-year-old helping New Zealand win gold.

“I didn’t get much game time until the final where our half-back, Tyla (Nathan-Wong), got injured and I had to play the full 20 minutes which was a shock to the system.

“Still, to this day, I find it quite overwhelming to talk about. That was the hardest game of sevens I have ever played.” 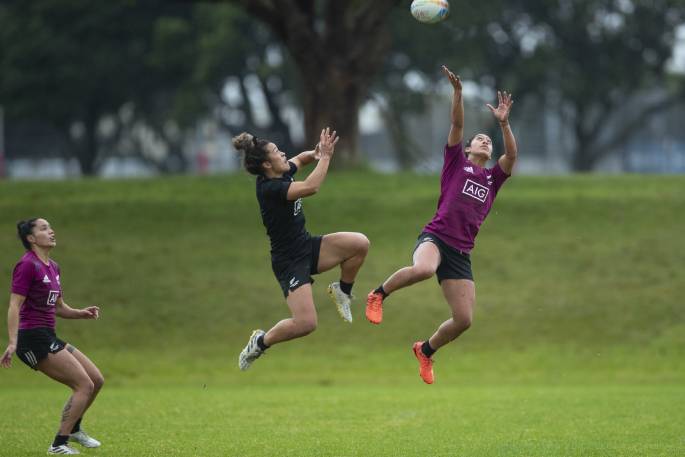 Willison will be hoping to make the final cut for the Olympics.

Making the Olympic team would cause a similar feeling.

“It is the pinnacle of our sport,” she admits. “To be able to go to Tokyo, with this team, would mean the world to me.

“If I don’t there will be other opportunities and for me to be excited about but If I get selected I don’t even know how to explain how I will feel.

“If I get to play in the final 12 at the Olympics it would be amazing.”

Whilst the Olympics is ultimately the goal, Willison says she will be backing her team-mates from home if she does not make the final cut.

At just 23, other Olympics will be down the track for the Waikato star. She speaks of a close-knit group among the team.

Whilst she jokes that they do get sick of each other on occasion she insists “a whole different level of whanaungatanga” exists in the set-up, extending out of the playing squad into the coaching team.

So when it is suggested she will be ‘hoping’ that the Black Ferns Sevens will bring back gold from Tokyo, Willison is quick to correct this journalist.

“Knowing,” she insists. “Knowing that they are going to bring back gold.”