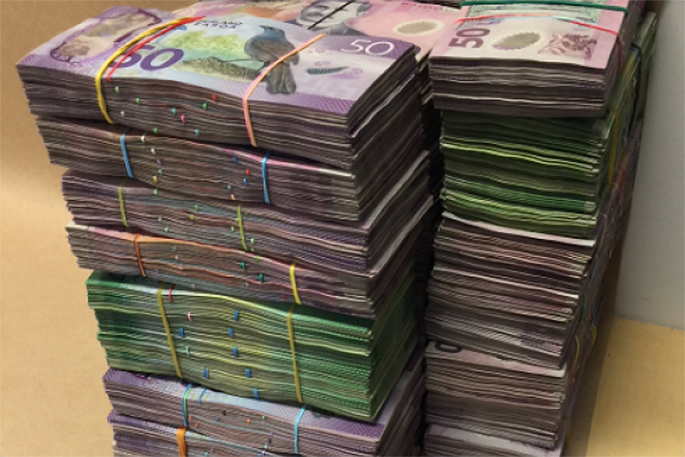 The Criminal Proceeds (Recovery) Act 2009 allows police to restrain and forfeit assets acquired or derived from the proceeds of crime.

A money laundering investigation linked to a multi-national pyramid scheme has led to New Zealand’s largest ever forfeiture under the Criminal Proceeds (Recovery) Act 2009.

The High Court has approved a settlement between Police and Xiaohua (known as Edward) Gong that enables the forfeiture of more than $70 million.

Police first restrained the property in March 2017 following an investigation into suspicious funds deposited in New Zealand bank accounts between 2009 and 2016.

The funds were identified as being profits from the pyramid scheme based in China and Canada.

Detective Inspector Craig Hamilton says Gong is based in Canada and the money was transferred to New Zealand to conceal its source.

"This settlement is a fantastic result and we thank both the Chinese and Canadian authorities for their assistance in bringing this matter to a successful conclusion," Detective Inspector Hamilton says.

The Criminal Proceeds (Recovery) Act 2009 allows police to restrain and forfeit assets acquired or derived from the proceeds of crime.

The forfeited property in this case includes more than $68 million in cash and a property in East Tamaki Heights.

"This is the largest forfeiture of proceeds of crime ever secured in New Zealand and it reflects the expertise of New Zealand Police when investigating complex multi-jurisdictional money laundering at the most serious level," Detective Inspector Hamilton says.

"New Zealand will never be a safe haven for proceeds of crime.

"We are committed to making our country the hardest place for criminals to do business, and we will not tolerate those who operate in other parts of the world hiding their illicit proceeds here.

"This outcome sends a simple message to criminals around the world — send your dirty money to New Zealand and you will lose it."

Police encourage the reporting of suspicious financial activities, including information about those acquiring property or living a lifestyle inconsistent with their means.

Anyone with information is urged to contact Police on 105, or Crimestoppers anonymously on 0800 555 111.