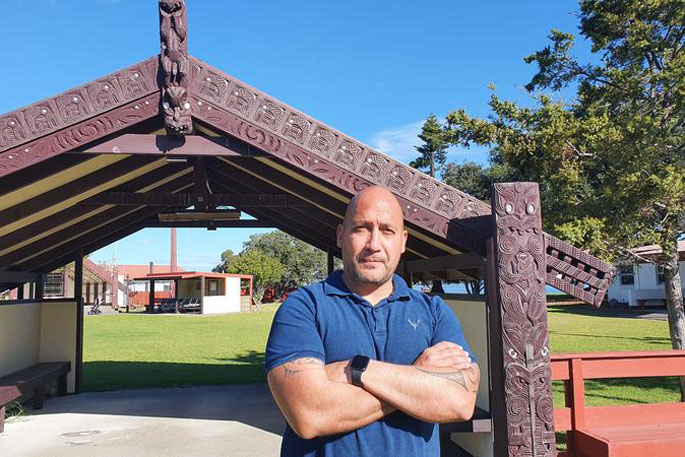 A Mount Maunganui marae in the middle of an industrial area is concerned for the health of their whanau and want their heavy industry neighbours to find a new home.

But a nearby company say their staff do not suffer poor health and local councils believe a managed retreat of heavy industry would be very challenging.

Whareroa Marae is tucked into the inner Tauranga Harbour moana and its community have been voicing concerns about air quality for years.

In 2019, the air over the Mount Maunganui industrial area - which includes the marae - was officially classed as polluted and last year, a working group was set up to address the issue.

This year, alarm bells rang again when PFAS - toxic substances associated with firefighting foam - were detected in groundwater near the marae.

While the marae has been given the all clear on PFAS, environmental spokesperson Joel Ngatuere believed the air quality still made his community suffer.

Toi Te Ora Public Health medical officer of health Jim Miller says the air pollution in Mount Maunganui can cause health issues and health authorities are concerned about it.

"There is an ongoing risk to population health whilst air quality remains poor. Exposure to poor quality air can cause short term health effects such as coughing and shortness of breath or worsening of underlying conditions such as asthma," he says in a statement.

"More prolonged exposure may contribute to respiratory disease, cardiovascular disease, and some cancers."

Fertiliser company Ballance Agri-Nutrients is one of the heavy industry companies in the area and among those with consent to discharge sulphur dioxide into the air.

In 2018, Ballance was fined $82,500 for an accidental - but unauthorised - discharge of sulphur dioxide the year earlier. 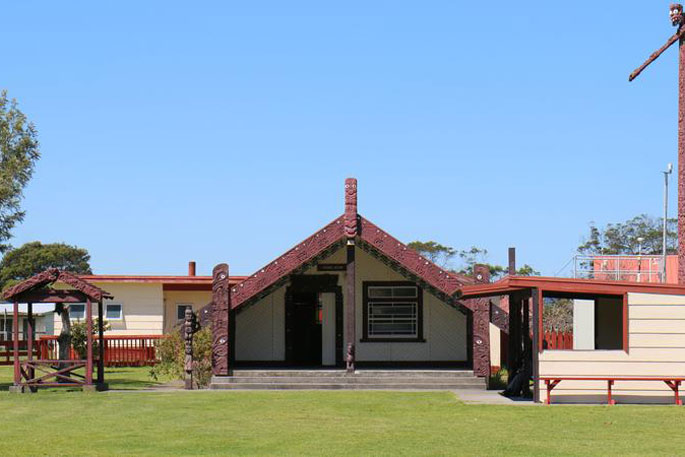 Whareroa Marae and its community have been voicing concerns about air quality for years. Photo: RNZ / Te Aniwa Hurihanganui.

The discharge resulted in two truck drivers being admitted to hospital, while other people nearby suffered temporary effects, such as difficulty breathing.

Since then, Ballance cleaned up its act. The company has upgraded its plant by spending $8.3 million on a converter to reduce emissions, bringing the amount of sulphur dioxide discharged below consent limits.

Operations manager Charlie Bourne says none of their staff suffered health issues due to air pollution.

"We have roughly 300 people on-site every day and we don't have issues with nausea or headaches."

Bay of Plenty Regional Council has a network of air quality monitors throughout the industrial area, including one at Whareroa Marae.

Regulatory services general manager Sarah Omudsen says the council is in regular contact with the marae.

"We understand that Whareroa are in a really difficult situation. They are surrounded by industry and so they are smelling that and seeing that every day."

Air pollution is not the marae's only concern.

Alarm bells rang in April when PFAS - toxic substances associated with firefighting foam - were detected in groundwater near the marae. 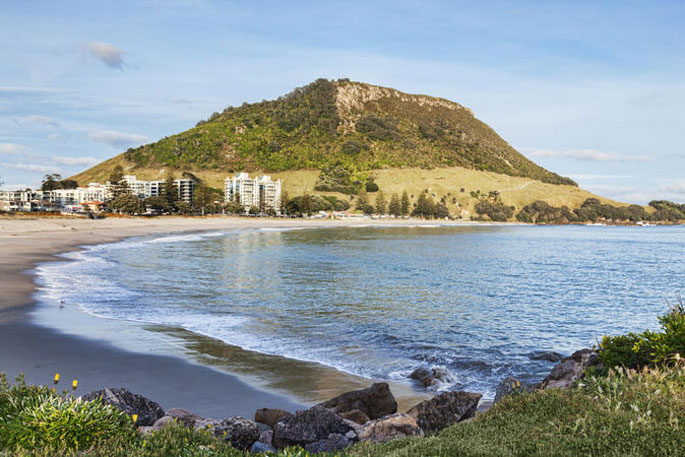 The Tauranga City and Bay of Plenty Regional councils are backing an independent report investigating a 'managed retreat' proposal of the industry. Photo: 123RF.

PFAS were used in things like non-stick cookware, food packaging and firefighting foam.

The compounds were picked up by chemical company Lawter New Zealand on its site following a contaminated land assessment as part of a resource consent application.

Lawter alerted the council, who then undertook testing of the area.

Further testing done by the council found no PFAS in soil at the marae, nearby recreation and residential areas, or in further sampling undertaken in the hangi pit.

Some of the compound was detected near the marae, but the council says this did not exceed the recreational human health guideline adopted by central government.

But the contaminant source is unknown and the council is pushing on with an investigation of the entire Mount Maunganui industrial area.

Whareora Marae environmental spokesperson Joel Ngatuere believes the marae remains at risk as long as the source is unidentified.

"It's like the air, you can't put a ring fence around it ... with the soil you can't stop it from leaching over time," he says.

The marae is calling for a managed retreat of heavy industry from the area.

The Tauranga City and Bay of Plenty Regional councils have joined forces and backed an independent report investigating the proposal.

"To have a total retreat would be extremely challenging and I couldn't envisage what that might look like or how that would happen."

Ballance operations manager Charlie Bourne is sitting on the fence until more information is available.

"I wouldn't want to agree with [a managed retreat] or oppose it until we had more facts in front of us."

Meanwhile, Joel Ngatuere hit back at any suggestion the marae itself should move.

"People say 'why don't you just move?' The whanau have been living here since the 1800s. Where's the whanau going to go?"

In a statement, a Waste Management spokesperson says heavy industry can be relocated if alternative land is made available.

Why are other regular workers in this vicinity not being affected?

Was industry there before the Marae? If so, then maybe the Marae should find a new home. What would happen to the land that this so called heavy industry sits on, IF they were made to move? I’m guessing it would be gifted to the Iwi to allow them to expand.