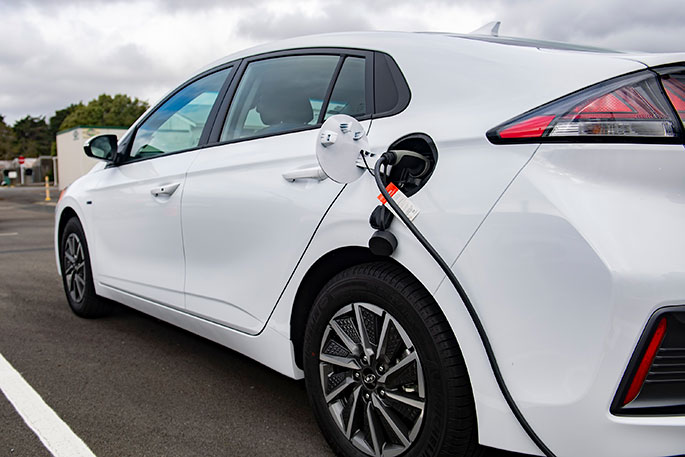 National is calling on the Labour Government to reopen public consultation on its car tax so the people of New Zealand can have their say, Leader of the Opposition Judith Collins says.

People buying new electric and hybrid vehicles will be able to get up to $8625 back from the government, in a rebate scheme announced today.

From 1 July people buying a used imported vehicle with low-emissions will also be able to get up to $3450 back.

“The way Labour has gone about forcing its car tax onto New Zealanders has been dishonest and undemocratic,” Collins says.

“If Labour wants to tax people on lower-incomes to make it easier for wealthy people to buy electric cars then it should have been honest about that and campaigned on it.”

The Government has given no assurances around how much public consultation there will now be on its car tax as the legislation is worked though. Given that rebate applications open on July 1, it would appear the Prime Minister’s mind is already made up,” Collins says.

“The uncomfortable truth for Jacinda Ardern is that when her Government proposed its car tax back in 2019, Kiwis overwhelmingly rejected it.”

Public consultation figures supplied to National at the time by then Associate Transport Minister Julie Anne Genter revealed 1860 of 2687 submissions were opposed to the car tax.

“It’s not fair to make farmers, tradies and large families pay more for their cars when they don’t have any other option, just so wealthy executives can get a discount on a Tesla,” Collins says.

“It’s also not fair to force a car tax on New Zealanders without letting them have a voice, particularly after Labour promised them no surprise taxes after the election.

“National believes there are better ways we can encourage the uptake of electric vehicles.

Labour promised no new taxes at the last election. Capital gains tax introduced and now tax on cars. Lie after lie. I wonder what’s next.