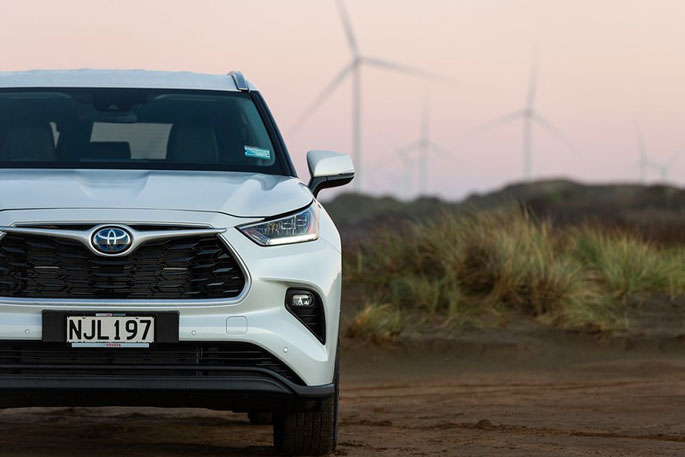 Toyota are looking at their options of how to support customers who want to transition to low emission vehicles that do not qualify for the rebate till January 1, 2022. Supplied image.

Toyota New Zealand has confirmed that it has no plans to bring in an electric Hilux in the next 18 – 24 months.

“I’d like to reiterate that we do not have any plans for a battery electric Hilux in our line-up in the next 18 – 24 months,” says Neeraj Lala, Toyota New Zealand Chief Executive Officer.

“It is irresponsible to suggest that customers stop buying non-electric vehicles immediately until there is an electric option available. The range and volumes of EV’s needed to meet demand is simply not available, and many customers still need a vehicle to transport their family or operate their business.”

There have been 5296 EV sales over the last five years, and of these 45 per cent fall into the luxury market.

In comparison, there have been 23,257 hybrid sales over the same period.

“Our extensive hybrid range has allowed us to contribute to 43 per cent of the overall reduction of CO2 emissions over the past five years in New Zealand,” says Lala.

“Hybrid technology is more readily available and is significantly more affordable for everyday kiwis. Battery electric technology is coming but is not quite there yet.

“As a brand we are focused on achieving affordability of low emission technology for everyday kiwis, not just the top 2 per cent.”

Global constraints around battery production, the semi-conductor crisis, and technology adoption could mean that the rate of EVs arriving into New Zealand’s market will be under considerable pressure.

Toyota also has concerns about the decoupling of safety and technology in the feebate scheme, with vehicles only needing to have a 3-star rating to get the rebate.

For more than the past two decades, the Ministry of Transport have pushed Road Safety through their ‘Safer Journey’ strategy. So why are we accepting 3-star vehicles as acceptable forms of mobility?” says Lala.

“Toyota wants to see a stricter stance from the government on the importance of safety alongside the technology.”

Toyota New Zealand has customers at the heart of everything it does. It is moving quickly to analyse and absorb the details of the scheme announced yesterday.

Lala says Toyota are looking at their options of how to support customers who want to transition to low emission vehicles that do not qualify for the rebate till January 1, 2022.

At the end of 2021, Toyota will have its first fully electric model in the Lexus UX300e available, and this will be followed by the Battery Electric Toyota BZ4X SUV in 2022.

A Hilux will not be available in a fully battery electric (BEV) powertrain in the next two years.

"Given time and the right product. I want it all and I want it now loonies" Well said.

.....that based on popularity ( and probably price) current EV technology for the average punter (and voter) simply does not ’cut it’ today. It may well do in the near future but not right now. I would be certain the typical potential EV buyer would prefer to wait until we are more comfortable with price, choices and the like. As for tradies, truckies and ’distance’ drivers etc, the rush to get us into EV’s by the government and in particular it’s cohorts, is just madness...even with the greater popularity of hybrid vehicles reducing emissions greatly doesn’t seem to change the stop the ’I want it all and I want it now’ loonies. Given time and the right product, we will get into alternative fuels, and with reasonable confidence. Technology and importantly infrastrucure is not there....yet. Back off guys...at least for awhile...