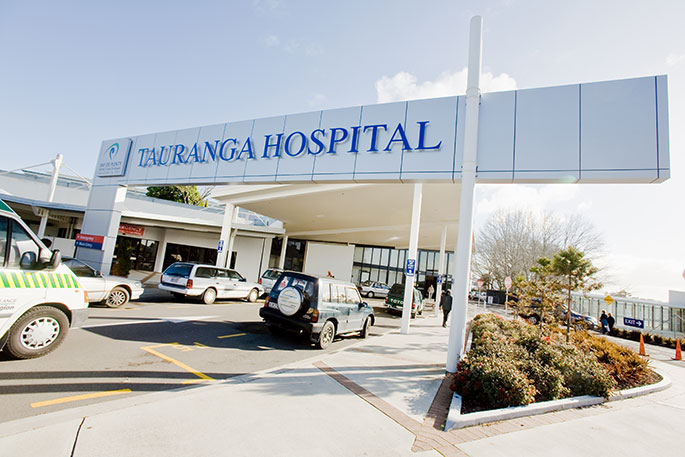 Police were called to an incident at Tauranga Hospital yesterday. File image/SunLive.

Patched gangs members “took over the entrance of the Tauranga Hospital” yesterday, claims Tauranga MP Simon Bridges, but police are dismissing the claim.

Bridges tweeted, “I've been at Tauranga hospital this afternoon visiting my elderly father.

“Patched gang members had taken over the entrance and someone was being badly beaten up in the carpark in a gang fight.

“Just another day in the Bay of Plenty Jacinda Ardern, Poto Williams and Andrew Coster.” 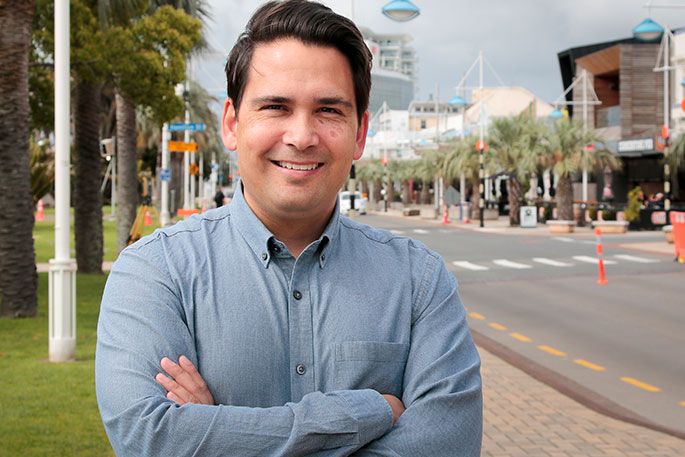 Police are disputing the claims. There is nothing in the information I have to suggest a "gang fight", says a police spokesperson.

They say Police were called to a "report of disorder" at the Tauranga Hospital carpark at 3.15pm.

The spokesperson says, “It followed an incident where a motorist was involved in some sort of altercation with a couple in the car park".

"One police unit attended, spoke to the parties involved and advised there were no issues.

“There is no mention in the job of any injuries to anyone and there do not appear to have been any arrests.”

I've been at Tauranga hospital this afternoon visiting my elderly father. Patched gang members had taken over the entrance and someone was being badly beaten up in the carpark in a gang fight. Just another day in the Bay of Plenty Jacinda Ardern, Poto Williams & Andrew Coster.

In a later tweet he wrote, “I say this because so many want to downplay this gang thuggery and violence. There have always been gangs but nothing like what we see today. It’s at epidemic proportions.”

Early this year Simon Bridges spoke to SunLive saying it’s time for action to reduce the rise in gang member numbers in the Bay of Plenty.

"The Government needs to acknowledge the gang problem in the Bay of Plenty and get tougher on crime.

"Gangs do nothing but peddle misery, inflicting violence and harm on the good people in our communities.

“It is concerning they are gaining such a foothold in the Bay of Plenty. I worry that good people in our communities are becoming targets of their illegal drug trade and other serious crimes."

According to figures released by National, last year, 798 people joined gangs across New Zealand, with many hundreds more potential members being prospected.

There is no way a couple of coppers who turn up after the incident are arresting anybody. Not unless they too want to fight. If it’s over and done with there is a “nothing to see here” policy. And that is backed up by denying anything happened to keep up the pretence. They are hardly going to say there was a fight but we decided we dare not arrest anybody. The only time gangsters are arrested these days is in a raid with dogs, choppers and guns as back up. The rest of the time they act with impunity. If you don’t realise these simple facts you are living in cloud cuckoo land.

Who knows if an incident happened or not at the hospital. The facts are there are massive gang number increases in this country. You can dismiss Simon Bridges or anyone else as much as you like, the gangs are big trouble. "Grateful and Polite" Rosie20??? How much time have you spent in a gang pad and actually seen what goes on??? (and yes I do know). Open your eyes people and stop being naive!!!

A different point of view

I was leaving the hospital around the time this was supposedly happening, yes there were gang members near the entrance but they were trying to jumpstart a young woman’s car, without success, I offered the use of a jump pack I had in the car, they accepted & were very grateful & polite. They did briefly block cars from accessing the entrance carpark but that was while they attempted to jumpstart the car. When I went back to my car a disturbance was taking place a couple of rows over. There was a lot of shouting & noise but it didn’t appear anyone was hurt, certainly not by the response, as we drove out we saw people standing by a car taking pictures & 2 security guards with them. Seems to me that Simon Bridges was exaggerating a bit on this.

This all represents why people have such little faith in politicians and the extent to which emotion can take the place of facts. Simon Bridges and the police (and security cameras’ footage) are at odds with each other. Who do we believe? Certainly one side is getting all the headlines and the emotional responses. But is this how we want MPs to act and is this what we want policy development based on?

Re who do we believe after the Police investgation I know who I believe and it is not the Politcian.

All of this gang violence is very troubling, we should all be writing our local MP.

Will he say what he would do about gangs. to get rid of them. these people are all talk and nothing happens, arrest, jail, this will have no effect at all, just sending the trouble to the corrections, putting them at risk, The chinese way football ground that mite stop them, it did in china.

Simon just concentrate on fulfilling your promise to replace the Hairini . https://m.sunlive.co.nz/news/14040-tunnel-trouble-promise-broken.html

So many want to downplay this National Party misrepresenting the truth and flat out lying.

OK. So Simon says one thing, and the police - after reviewing security camera footage - say another. Who do we believe?

Willie Jackson needs to invite them to tea at the Beehive again to see what they want.

The Police say their is nothing to indicate this was a gang fight after speaking to those involved said there were no issues and no arrests so why is this Politcian claiming otherwise I wonder?