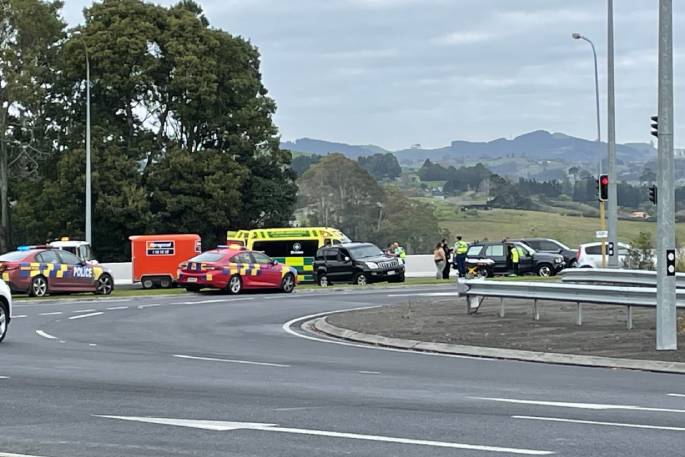 Two cars have been involved in an accident by the Maungatapu roundabout. Photo. Cameron Avery.

Police and ambulance are at the scene of a crash on State Highway 29A.

An eyewitness says police are at the scene by the Maungatapu roundabout.

Police have confirmed they were alerted of an incident that occurred at about 10.15am.

They say a nose-to-tail crash occurred at the incident.

Police state that there are no reported injuries due to the crash, however, one driver is suffering a medical event.

“One lane was blocked just north of the roundabout, before the lights” says a police statement.

SunLive will continue to update this story as more information becomes available.