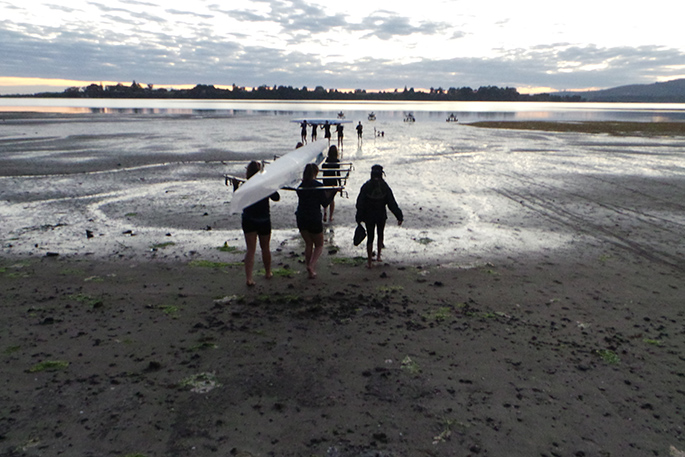 A rower from Tauranga has been named in the Olympic squad for Tokyo.

He was a member of the 2019 men’s quadruple sculls, which narrowly missed out on automatic Olympic qualification at the 2019 World Championships however after a successful summer season in the single Parry earned his place for selection during the elite men’s trials.

A rising star, Parry is one to watch, having taken the seat from Olympic legend and double gold medalist Mahe Drysdale, who has subsequently retired from the sport.

Hailing from Tauranga, Parry moved to Cambridge after his first year of university in Dunedin to pursue a career in the sport. Off the water Parry is studying for a Bachelor of Arts and works as a part-time teacher aide at Cambridge Middle School.

Ten World Champion female athletes and World Champion coxswain Caleb Shepherd will be amongst the New Zealand rowing squad at the Tokyo Olympic Games, with 32 rowers making up the full Olympic rowing team.

Gary Hay, who led New Zealand’s 2019 world champion women’s eight and women’s pair to gold, will again lead both crews to Tokyo. Kerri Gowler and Grace Prendergast will represent New Zealand in the women’s pair event, and also make up part of New Zealand’s women’s eight squad along with Jackie Gowler, Beth Ross, Phoebe Spoors, Kirstyn Goodger, Kelsey Bevan, Lucy Spoors, Emma Dyke, Ella Greenslade and coxswain Caleb Shepherd. Ten athletes have been selected to the eight, with the final makeup of the boat to be named prior to competition.

Emma Twigg, also coached by Rodger, will represent New Zealand in the women’s single scull for the fourth time at an Olympic Games, after coming extremely close to a medal in both London and Rio.

Chris Harris and Jack Lopas make up New Zealand’s double scull crew. Harris represented New Zealand in the 2012 and 2016 Olympic Games in both the men’s four and men’s quad, while 2021 marks the first occasion Lopas will represent New Zealand at an elite level, after gaining silver in the men’s double at the 2019 World Rowing U23 Championships. Harris and Lopas are coached by Calvin Ferguson.

Charlotte Spence, Davina Waddy and Ollie Maclean will travel as reserves for the New Zealand rowing team. Many of the athletes have also been granted permission to start in other boats in the event of any injuries.

Rowing NZ general manager of performance Judith Hamilton, says the team naming is a key milestone with just over a month until competition.

“After what was an incredibly tough postponement for all Kiwi athletes, we are incredibly proud to finalise our Olympic team,” Hamilton says.

“We are confident in the ability and potential of our athletes and look forward to competing on the world stage.

“It’s especially wonderful to see so many of our female rowers representing New Zealand at an Olympic Games and in many cases, entering the Games as World Champions."

NZOC CEO Kereyn Smith extends her congratulations to the athletes.

“New Zealand has an extremely proud history in rowing at the Olympic Games,” says Smith.

“It's one of our most successful sports with our rowers earning us a staggering 24 Olympic medals. We look forward to watching these fantastic athletes add to that legacy in Tokyo next month.”

The naming of the rowing squad takes the total number of athletes selected to the New Zealand team to 117.