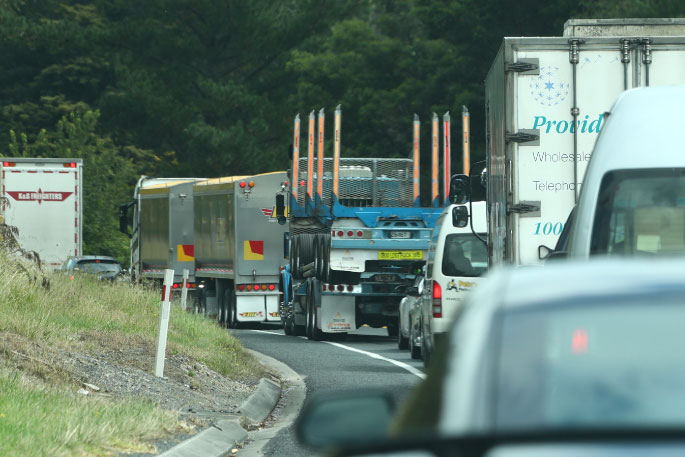 Police investigating reports of traffic offending on State Highway 29 are appealing for witnesses to come forward.

Police have received multiple reports of traffic offending from motorists travelling on SH29 from Putaruru to Tauranga, in particular in the area of the Kaimai Range during December last year.

“There are reports of a motorist braking suddenly, causing other vehicles behind to heavily brake to avoid a crash,” says a police spokesperson.

“If you have any information which may be able to assist, or if you have witnessed or experienced traffic offending of this nature at other times within the past six months Police would like to hear from you.”

Wired into our genes. We need to be in proximity to feel secure. Even when it is life-threatening to do so... This would be the single worst "misbehavior" that I have observed on our roads. Cutting people off because you didn’t allow enough time for safe overtaking, would be the second. Rule 126 of the UK Road Code said: "Always be able to stop well within the distance you can see to be clear." Very similar to what xenasdad quoted. I believe that observing that rule alone would be all you need to drive safely, but it was replaced in 2017 with some more complex and confusing nonsense about "thinking distances", designed to "close up" urban traffic... Advanced and Defensive driving courses can be helpful; or, just stay home and watch TV....

Isn’t it in the Road Code that you must always be able to stop in half the visible distance ahead of you. Use the 2 second rule !! If you can’t stop and hit the guy in front of you then it is YOUR fault for following too close ! Frequently the idiot behind you in a line of traffic is so close that you can’t see the number plate in your mirror. Touching the brakes usually makes them backoff to a safer distance, for a few minutes, then the brain dead slow learners are back up your tailpipe again. an accident just waiting to happen !!