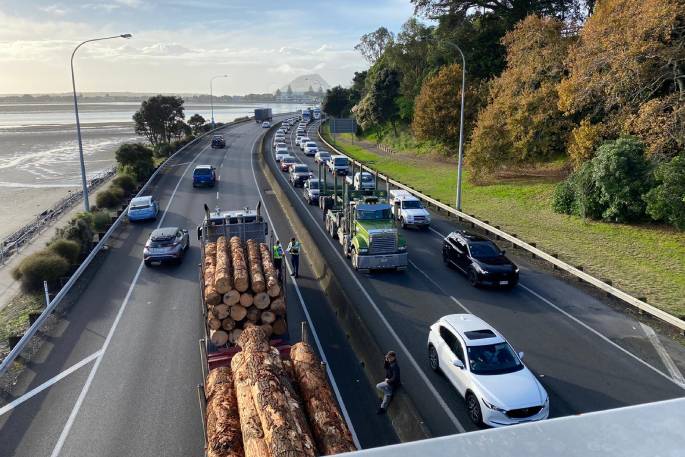 Traffic is reported to be delayed in the area. Photo. Dan Sheridan.

In a statement, they say that congestion is now easing following the incident involving a logging truck and a car.

Police say they were alerted to the crash at around 2.50pm and no injuries are reported.

Motorists are still advised to pass the scene with care and expect delays. 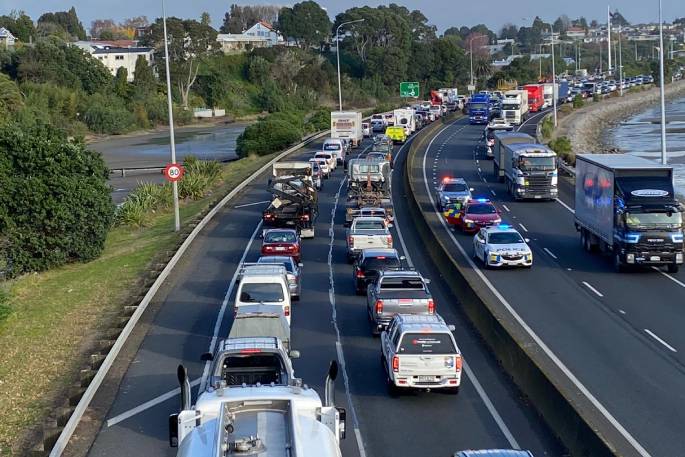 EARLIER: Reports are coming in of a logging truck and car crash on Takitimu Drive.

A caller to the 0800 SUNLIVE news hotline says the vehicles have collided in the eastbound lane of the highway.

"The crash is located between the Elizabeth Street roundabout and the Chapel Street off-ramp. 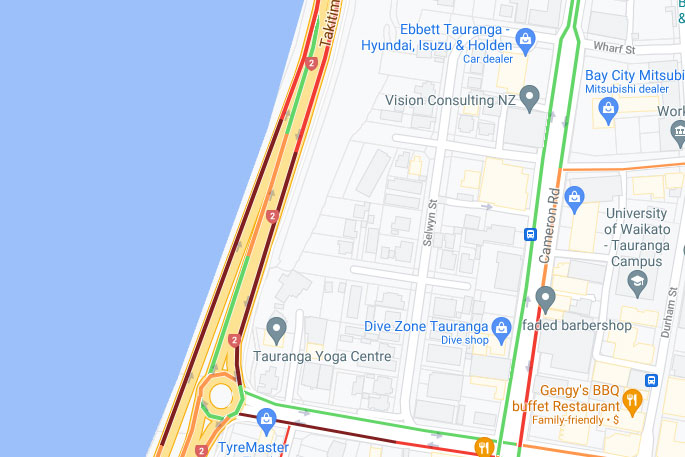 NZTA says the eastbound lanes of the road are blocked just east of the Elizabeth Street roundabout.

A reporter at the scene says there are three police officers at the scene and it looks like they have closed one lane. 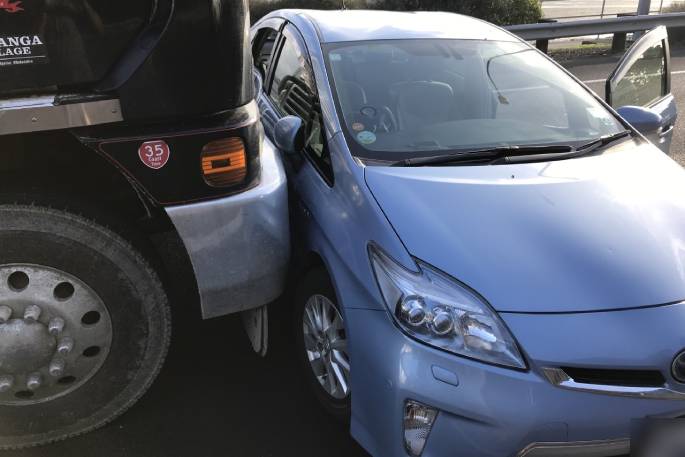 The crash has caused traffic to back up. Photo. Brian Pinney.

"People should expect delays. It is right under the footbridge that goes over Takitimu Drive."

Why the logging truck?

did the car cut off the truck to make the turnoff?