Warm nights on the cards 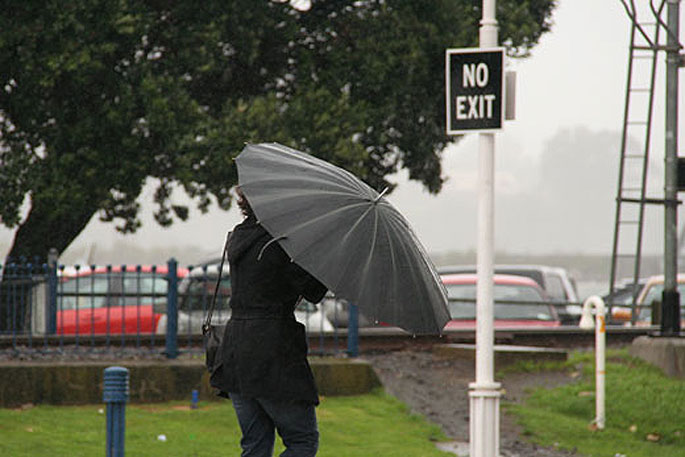 Showers are expected for the Bay of Plenty on Sunday.

MetService is forecasting an end to the relatively settled conditions over Aotearoa during the weekend, as the ridge of high pressure over the country begins to drift away east.

Meteorologist Alwyn Bakker says as the ridge moves off, it’s allowing a low pressure centre to move in from the Tasman Sea.

“The low centre drags in warmer, moister air from the north, spreading cloud over Aotearoa this weekend, and bringing rain to most of Te Waipounamu/South Island.”

The ridge clings on today and tomorrow, keeping the country mostly dry with some low overnight temperatures.

In parts of Canterbury, Otago and Southland, frosty or foggy starts are likely as temperatures dip below 2°C, and fog and low cloud will persist around lakes and in valleys due to the lack of wind and low sun angle.

As the ridge moves away east, the South Island will get the first wash of warmer, moister air on Saturday.

Cloud and showers over the West Coast will turn to rain, spreading to the rest of Te Waipounamu on Sunday. 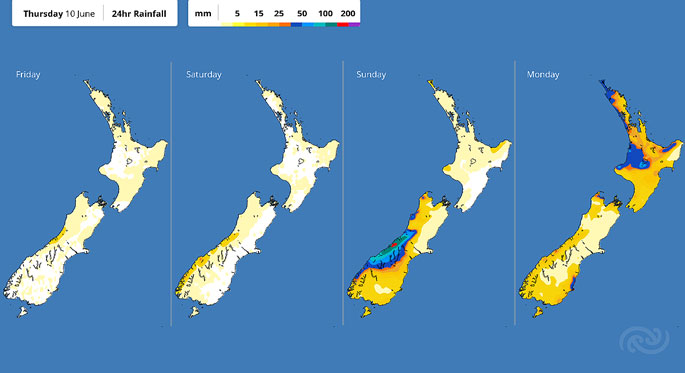 Most of Te Ika-a-Maui/North Island will have a dry, if cloudy weekend, but showers are expected for Northland, Coromandel, and the Bay of Plenty on Sunday, along with some late rain for western areas.

The wet weather hangs around into the new working week.

Overnight temperatures will rise as the warmer air spills over the country, lifting most of northern and central New Zealand into double digits, and easing the frost risk in the south. Daytime temperatures are not expected to rise much.

“The increase in atmospheric moisture leads to more clouds, which trap heat near the ground at night,” says Alwyn.

“However, the reverse is true during the day, as the clouds reflect the heat from the sun back into space.”