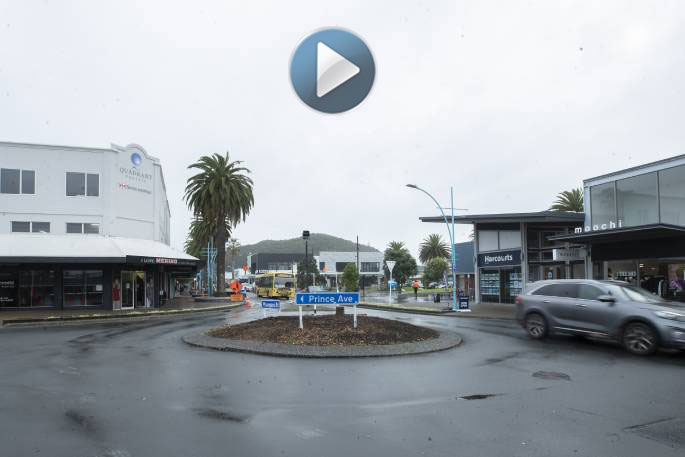 The tree has been removed from the Prince Avenue roundabout. Photo. John Borren/SunLive. Video: Pete Andrew.

Tauranga City Council are replacing an iconic pine tree that has been cut down in Mount Maunganui.

The Norfolk Pine, which was located on the Prince Avenue roundabout along Maunganui Road, has been cut down this morning.

The tree was dying and has been cut down after becoming a risk to public safety.

The work began at 7am today with stop/go traffic in place along Maunganui Road with the eastern end of Prince Avenue closed throughout the work.

The tree has been a long time feature in the Mount and is lit up at Christmas time, acting as Mount Maunganui’s unofficial Christmas tree.

However, there will be a Norfolk pine towering over the restaurants and shops in the area again soon with replanting incoming.

“The old tree was dying, despite best efforts to revive it, and has become a risk to public safety. We’ll be replanting a new tree in its place.” 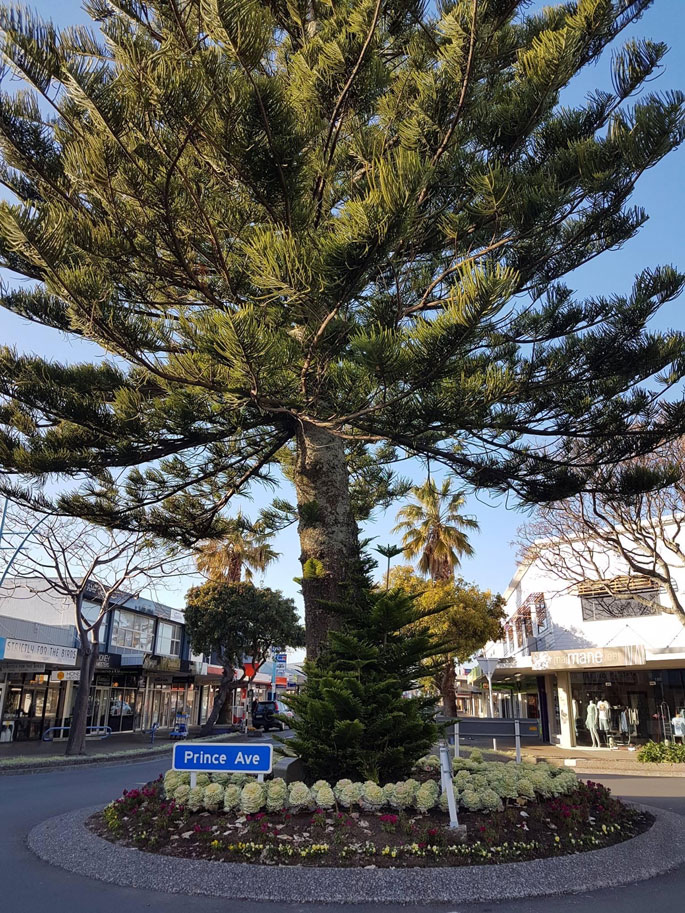 Sad to see the old tree go. What happened to the news item re the trig station on top of the Mount being replaced by a ’cultural’ item? Please put that item back and let readers add comments. Thank you.

Thanks Jill, I thought it was just me. It’s been some years from what I remember. Maunganui, what a GREAT idea. That would look SO AWESOME. Love, love, love the idea.

When you do replace it put some coloured lights on it at Xmas time along with the Norfolk pines along the Mall, Pilot Bay, some idiot Greenie reconned the trees needed to sleep, they have been sleeping long enough and it’s time the bloody greenies woke up and got festive and be happy.

When was the last time that anyone saw the Norfolk Pine lit up at Christmas time?

They don’t like being sprayed with round up around their bases.