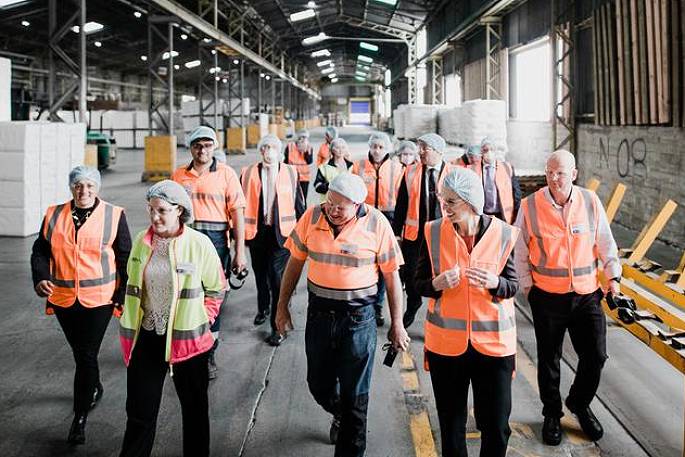 There is relief in Whakatane that the town's biggest employer has been thrown a lifeline - and the community isn't facing yet another economic hit.

The Whakatane Mill, which is Oceania's only folding box board manufacturer, was slated for closure at the end of June.

But last week its current owners announced it would be sold to the Smurfit Consortium, which includes a number of New Zealand investors.

Local woman Marie says everyone knows someone who has worked at the mill.

"My husband worked there, a long time ago, then he got his nephews in," she says.

The closure of the mill would have been devastating for the town, Marie says.

"Because without the mill, Whakatane would be really lost, we have got tourism, but we need more than tourism."

Jobs are not always easy to come by in Whakatane either, Marie states.

"I know after they said [the mill] was [closing], you could see jobs that were vacant in out of town areas, but they are stable here, they have got their homes, they have got everything here."

Colin who has worked at the mill for almost 27 years, says its closure would have been a huge blow.

"It is not just the mill workers, it is the families and the contractors and it just goes on from there," he says.

"Whakatane's only a small town, we all know everyone, look after each other."

"It is good for the young ones that are there just starting out their lives."

And it would keep people in the town.

"And the money stays in town."

"My dad was employed at both mills, my dad bought our home, he educated us, I went to boarding school.

"I would say that I had a good upbringing, we never suffered hardships in our family and I would not be the person I am today had it not been for my dad working full-time at the mill."

Hine says certainty about the mill's future would be a relief for many whanau.

"I think it is going to bring employment back into the community and bring a lot more assurance to families that they have got income coming."

Hine says the double blow of the Whakaari/White Island eruption and Covid-19 have taken a toll.

"But I think that our people are resilient and this is going to bring some positivity back into the community."

Hine believes the consequences, had the mill closed, don't bear thinking about.

"I tell you who does not close: Work and Income. Is that really where we want to be?"

The mill employs over 200 staff and about 50 direct contractors.

It will keep producing folding box board, carrier board and food service board.