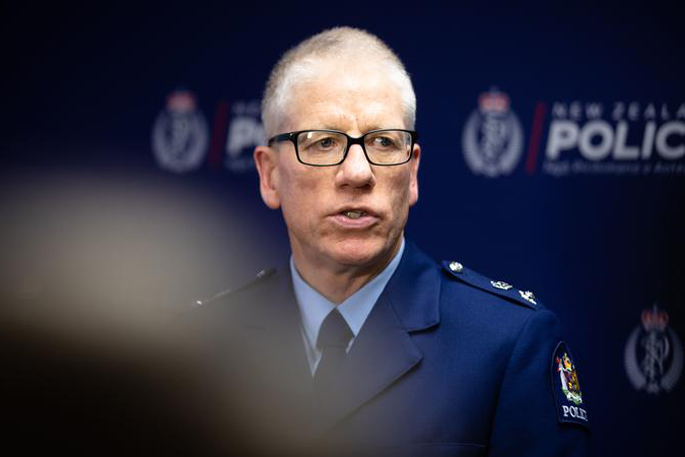 Senior members of the Waikato Comancheros, the Waikato Mongrel Mob and the Head Hunters have been arrested as part of the New Zealand end of a massive international crime sting.

Police held a media conference regarding the operation.

The operation involved over 300 personnel including Armed Offenders Squad, Special Tactics Group, Asset Recovery and staff from the Bay of Plenty, Waikato Central and Wellington District.

Three major organised crime investigations, targeting the importation and the sale and supply of methamphetamine and money laundering activities were simultaneously terminated.

Thirty-five people were arrested and are facing around 900 charges relating to serious drug dealing and money laundering offences.

These people have appeared in the Auckland District Court and Hamilton District Court this morning and are considered to be among key leaders of organised crime groups in New Zealand, says Williams.

Police have also seized $3.7 million in assets as well as 20 ounces of methamphetamine, large bags of cannabis, multiple kilograms of iodine, four firearms, 14 vehicles including two marine vessels, a number of mobile phones, and more than $1 million in cash.

Police have been running multiple operations, under the umbrella Operation Spyglass, as part of an international effort with law enforcement agencies to investigate the sale and supply of methamphetamine and money laundering activities.

“We believe the termination of these operations will have a significant impact on New Zealand’s organised crime scene,” says Williams.

“Today’s announcement demonstrates how the FBI, led by its Legal Attaché Offices around the world, and our multiple foreign law enforcement partners can come together to successfully combat transnational organised crime and drug trafficking activity."

Operation Trojan Shield was led by the Federal Bureau of Investigation and co-ordinated with the Drug Enforcement Administration, Australian Federal Police, Europol and other law enforcement agencies from more than a dozen countries. 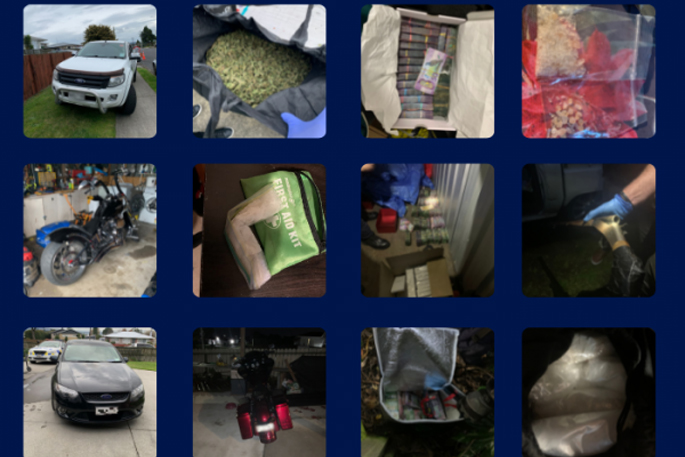 The network had 57 devices in New Zealand using it and all were being used for criminal activities, says Williams. 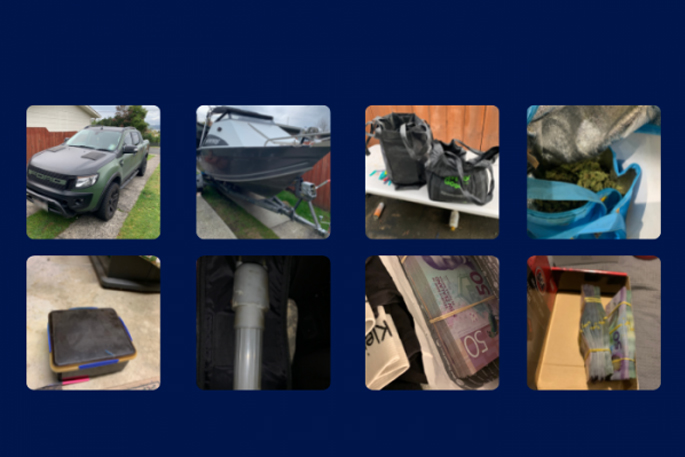 "It's a key focus for us to disrupt those cash flows.”

"We couldn't do this without our partners," Williams said. That included, for example, Customs.

"What we are actually talking about here is these transnational groups preying on our vulnerable communities."

As well as international partner agencies FBI, DEA and AFP.

The group allegedly planned to import huge quantities of methamphetamine and cocaine by way of small crafts into New Zealand but the shipment never made it into the country.

One person has pleaded guilty and has been sentenced for possession for supply in relation to this matter.

During the operation Police seized 8.6 kilograms of methamphetamine at the border.

Police allege a group of Head Hunters members primarily based in Auckland have been dealing large amounts of methamphetamine.

GREAT job by the Police and all those involved. Put the proceeds toward infrastructure. Unfortunately Australia will just send the scum with any sniff of a link to NZ to NZ. Thanks for nothing Aussie.

Perhaps now the Opposition spokesperon for Justice will retract his statement that the Police need to get serious about gangs and calling them woke.

Gangs run the show in Australasia. They have people embedded in law enforcement, border control, ports, prisons. It’s a real problem for this region of the world. It’s like Russia & Eastern Europe.

very well done to the boys in blue. may you keep up the excellent work

Fantastic work guys. Apparently, initiated by the Australians working with the FBI and targeting international criminal activities. Sadly, it’s a very good time for our scumbag criminals to be arrested, with the government signalling that prison in New Zealand doesn’t work and a big reluctance to change this scenario. So the upshot is, that after being allowed home to await court proceedings (maybe next year) these oxygen thieves will all seek legal aid and after millions of dollars spent they’ll not spend enough time locked securely away in miserable conditions to recompense the misery that they’ve imposed on their own communities.

great work from the boys in blue. hope they keep it up