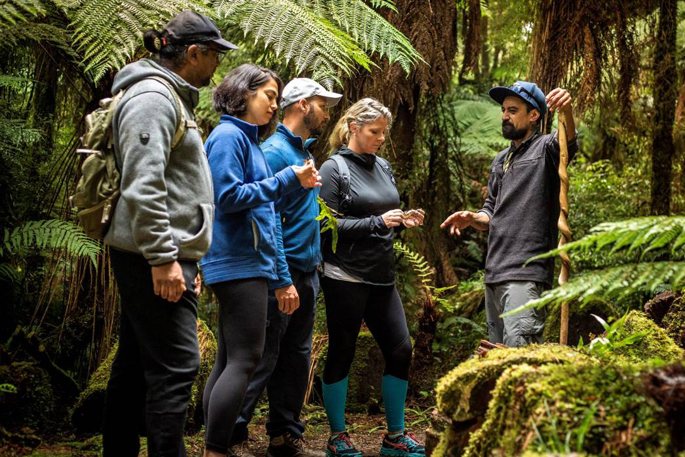 Tourism New Zealand has no plans to stop marketing Aotearoa to New Zealanders since it branched away from its international focus just over a year ago.

Plans to extend its marketing role were mooted in late 2019, but they were forced to become a reality when the stream of international visitors was cut off due to the pandemic.

TNZ's most notable campaign launched in May last year, urging people to Do Something New, New Zealand.

TNZ domestic general manager Bjoern Spreitzer says it's one of the biggest campaigns TNZ has ever run.

"It's as big as what we would deploy into one of our biggest markets like Australia."

There have been eight other domestic campaigns since then.

Research out of TNZ shows New Zealanders have spent an extra $1.1 billion on domestic travel compared to pre-Covid levels, reaching $8.37b.

He says TNZ and tourism operators as a collective did not really understand what New Zealanders wanted for a holiday before.

Domestic visitors have always been the foundation of the country's tourism, worth roughly $23b to the economy pre-Covid-19.

But Spreitzer says it's a different experience marketing to locals.

The research suggests that domestic visitors travel off-peak more often with 72 per cent of domestic spend outside of peak season (summer) in comparison to 69 per cent of international spend.

Spreitzer says it's encouraging more domestic travel in the off-peak season and in the regions that TNZ plans to target more as part of future campaign work.

Part of that will include looking at active recharging in the wake of the pandemic and also ensuring that winter travel wasn't only synonymous with skiing, he says.

"We think in the future there will be a particular opportunity for us as a country, for us as a business to really grow between April and October. That sort of the future thinking for domestic but that might be a few years away until we know what is happening with border openings," says Spreitzer.

The research showed that 66 per cent of New Zealand's plan to take domestic holiday in the next 12 months.

"Which is an amazingly high number given that we can now also see the borders will open eventually again, that number is still so high which gives me confidence that New Zealanders will continue to explore New Zealand."

Their insights have shown TNZ that the domestic traveller was a market like no other and it required its own targeted campaigns as international marketing did not transfer to the experiences New Zealanders want to have in their own backyard, he says.

Overpriced rip off. I could count on one hand the decent hotels and motels in NZ. It’s like taking a holiday back to the 1980s.

We travel a lot through NZ but have found the cost of staying in a motel has risen a LOT over the past few years. Not so much because the motel is hiking its prices but because all of the budget friendly units are full of homeless/emergency housing tenants and we now have to stay in more upmarket motels.