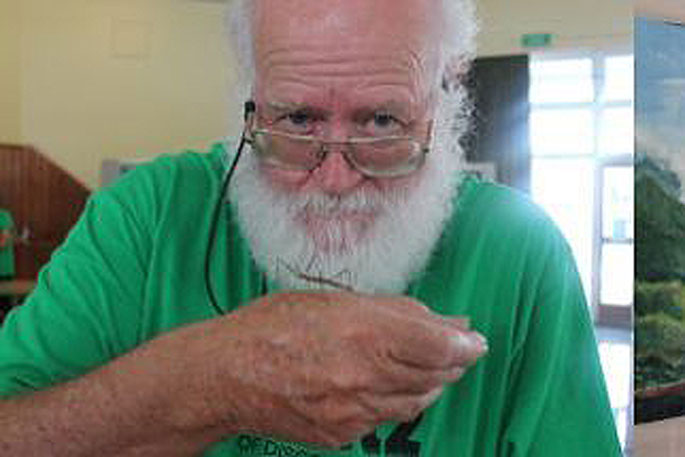 The New Zealand Order of Merit award is a prestigious award given to those who are in any field of endeavour, and have become distinguished by their eminence, talents, contributions or other merits.

Bay of Plenty resident Dr Peter Maddison is one of these people and has been awarded with this honour for his services to conservation.

Peter has been a part of the New Zealand conservation effort for many years.

He was a member of the Royal Forest and Bird Society’s National Executive for 15 years, including four years as President of the society.

Peter has also been a member of the Society’s Waitakere Branch since 1985 and was a founding member and Trustee of Weedfree Waitakere and Eco Matters Trust.

He chaired the Waitakere City Council’s Water and Environment Committee for five years and the Pacific Science Association Scientific Committee for nine years.

After moving to the Bay of Plenty Peter was a founding member and a scientific advisor to Project Parore, a pioneering catchment-wide ecological restoration project based in Katikati.

He voluntarily conducts ecological surveys, called ‘BioBlitzes’, in Miranda, Katikati, and Whatipu, which have led to the discovery of several new bacteria and animal species.

He aims to restore biodiversity over large areas in partnership with local communities and organisations and his nationally significant BioBlitzes have made progress towards this goal.

“Ive always been concerned about the environment. By profession I am an entomologist and I’ve always had a passion for insects and being out in the wild,” says Peter.

He, however, puts the recognition of his work to the people who have helped him and the conservation effort along the way.

“I don’t think I deserve it more than anyone else,” says Peter.

“It’s nice to receive it but I think there is a whole body of people that should be there with me.

“In my mind I hope this represents all the hard workers and volunteers that work within conservation that never get recognised.

“I hope this recognises the people that are rat baiting and pulling weeds.

“There is an enormous band of people that never get recognised for the work they do, and it’s in their honour too.”

A recognition for conservation is really important for everyone involved,” says Peter.

Dr Maddison is a Fellow of the Royal Entomological Society of London and a Distinguished Life Member of the Royal New Zealand Forest and Bird Society.