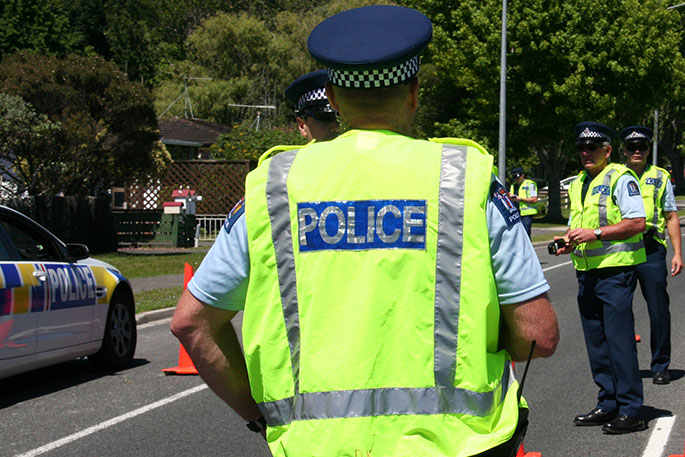 Police say they have been catching "unfortunate" numbers of drink-drivers in blitzes around the country.

And one man was caught drunk driving twice in one night.

In two weekends in Bay of Plenty last month, 180 people were caught driving while impaired.

In Northland, police say they are prosecuting about 30 drink-drivers each week.

"Many of these are from remote rural communities, and are travelling long distances on open roads with 100km/h speed limits," says the statement.

"That means that smallest of mistakes made by an impaired driver can have devastating results."

In Auckland, 2921 drivers were breath tested in May, and 102 were processed for drunk driving.

In Canterbury, 8003 tests were carried out in May, and 48 people tested over the limit.

Police say Wellington had comparatively fewer drivers nabbed over the limit: of about 4600 people tested in two weeks in May there were 22 caught with excess blood-alcohol.

National Road Policing Centre director Superintendent Stephen Greally says officers at the checkpoints also talked to drivers who had been drinking, but who tested under the legal limit.

"In an ideal world we would catch no one driving with alcohol or drugs in their system. Impaired drivers are more likely to cause crashes. That's just a fact.

"Our advice is always the same; if you're drinking, don't drive. Organise a way to get home before you go out drinking."

Greally says checkpoints will be set up to monitor traffic throughout the country this long weekend.

Bloody self-centered idiots. To the Police - THANK YOU. To the bloody idiots - thanks for nothing. I hope you get absolutely stung by the courts.

There is only one way to sharply reduce the numbers and that’s to threaten peoples employment by having a zero tolerance for drugs and alcohol. Certainly, it won’t stop everyone, but if you’re going to have difficulties getting to work for six months, it might cause pause for thought. Driving is a privilege, not a right.

Just imagine if they dared to have proper drug testing! They would need buses lined up to transport them all, which is why they are reluctant to bring it in. So much for keeping everybody safe. It’s far more dangerous than a cold virus. Drugged drivers explains all the aggressive tailgating, speeding and running red lights - Kiwi drivers are permanently amped up on drugs. Yee haw.