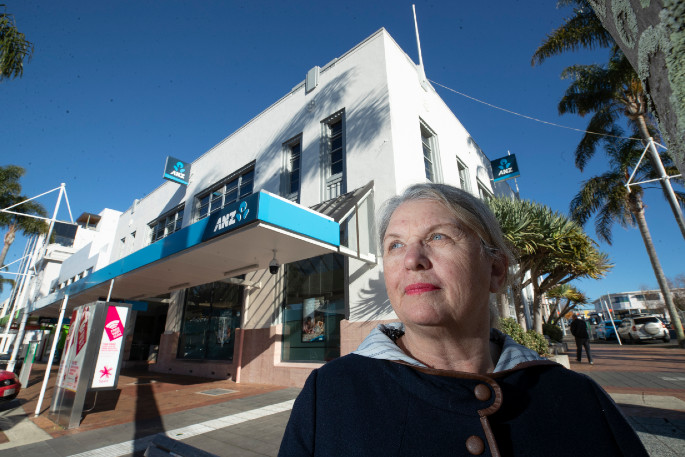 Catherine Stewart has signed a lot of cheques in her lifetime, but this week she signed her very last one.

Monday was the last day that ANZ bank accepted cheques, as they became the first of New Zealand’s four major banks to stop accepting the form of payment.

Catherine opened an account with the bank as a 13-year-old and has gone through hundreds of cheque books in the last 50 years.

She says after being able to use cheques for so long, it’s a quirky part of history that will no longer exist.

“It’s a slice of history that’s stopped,” she says.

Her use of them has slowed considerably since new forms of payment have emerged – Catherine has had her current cheque book since July 2016.

When cashing her last cheque at the Tauranga branch, Catherine saw two bank staff she has known for a long time and says it is the face-to-face interactions and customer service that will be missed.

Cheques have been in use since at least the ninth century. The first personalised cheques and the later issuing of ‘cheque books’ occurred in the 1800s.

Debit cards were first used in New Zealand in 1978 when the Bank of New Zealand started issuing Visa Debit cards with its current accounts. It became a credit card in 1980.

BNZ also introduced EFTPOS to New Zealand in 1985 through a pilot scheme with petrol stations. From early 1994, the domestic market for EFTPOS embarked on a steep growth curve. There are now more than 60,000 devices connected to the EFTPOS NZ network.

Cheques, however, have been in decline since the 2000s. A report by Payments NZ says between 2004 and 2010, cheque usage in New Zealand halved.

People who are still using cheques are encouraged to get in touch with their bank to discuss alternative payment and banking methods.

do we get a refund on unused cheque books