“Move your butt” for bowel cancer 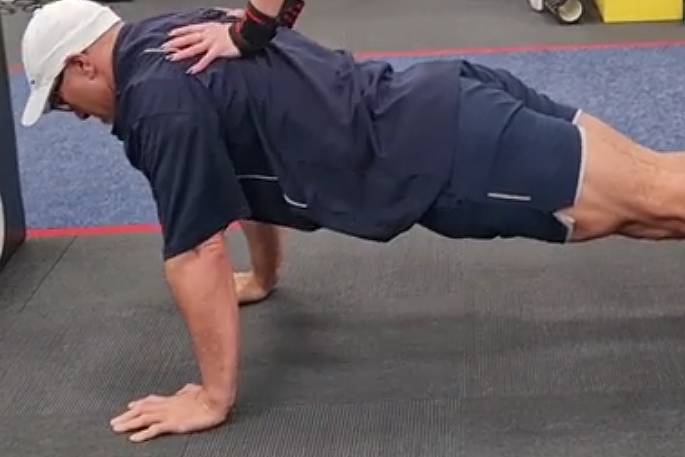 Pup Smith is challenging the Tauranga community to get behind the cause. Supplied images.

The annual ‘Move your Butt’ fundraiser is underway this week with the arrival of Bowel Cancer Awareness Month.

This campaign encourages all New Zealanders to get off their butts, challenge themselves to move more, and help beat the devastating impact of bowel cancer at moveyourbutt.org.nz

In Tauranga, Pup Smith and his friends Rachael Ferguson and Annie G Henley are creating a fundraising event with Bowel Cancer NZ called "Push For The Cure 2021".

The goal is for Tauranga City to do 1,000,000 push-ups in 24 hours and raise money and awareness for a very deserving charity.

"So with Bowel Cancer NZ's "Move Your Butt" challenge starting in June, now is a great time to "move your butt" and help us "push for the cure in 2021"," says Pup.

"Please help us by donating through our page. It only takes a minute, and any money you can give (no matter how large or small) will go a long way to helping us reach our goal."

“Every day, on average, eight Kiwis will be diagnosed with bowel cancer, and three people will die from it,” says Bowel Cancer New Zealand general manager, Rebekah Heal.

“By joining us, you’ll be raising vital funds to help fund patient support services such as counselling, which is needed now more than ever.”

The campaign runs from June 1 – 30, and Bowel Cancer New Zealand asks all Kiwis – young or old, fit or unfit – to Move their Butts more during June. The challenge does not need to be extreme, like running a marathon; it simply means challenging yourself to exercise more than you usually do.

“This June, we’re aiming to get everyone off the couch and moving more – even if it’s just a ten minute walk a day,” says Rebekah.

“Not only are they helping themselves prevent bowel cancer– but by getting their friends and whanau to sponsor them, they’ll be raising valuable funds to help us continue to support the 3,000 Kiwis diagnosed each year with bowel cancer.”

Move your Butt month is supported by a range of ambassadors, including TVNZ Breakfast presenter Jenny-May Clarkson whose brother died from bowel cancer at age 54. 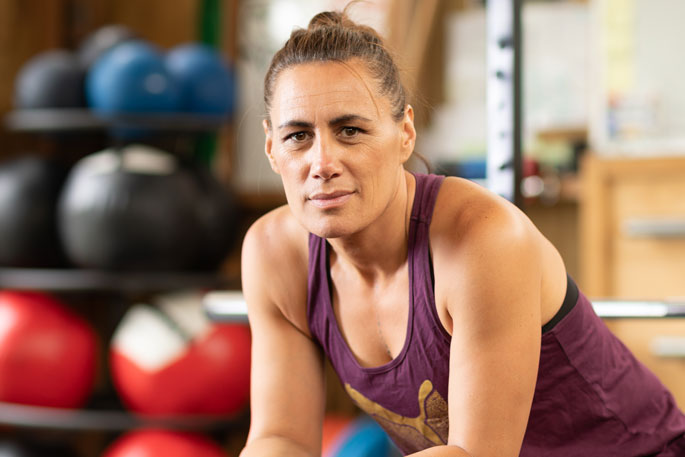 “If you know something isn’t right, and you’re scared of getting checked, think about those who love you – think about your kids and your partner and the love they have for you. Bowel cancer has a ripple effect on everyone close to you. So if you have any symptoms, get them checked early – for their sake,” says Jenny-May.

In memory of her late brother, Jenny-May will do 54 wall balls a day this June – a strenuous exercise that she says will be “tough, but manageable” during her busy schedule.

“Sometimes pushing yourself to move isn’t all that comfortable, but neither is bowel cancer. We’re all going through tough times right now, but those with cancer are doing it tougher.

“Many people are doing chemo on their own right now because of lockdowns, and they can’t be with family to help spread that load. Doing the Move your Butt challenge is just one thing we can all do to raise awareness of bowel cancer – and to acknowledge that it is hard for patients and their families, especially in a COVID environment,” says Jenny-May.

Symptoms include bleeding from the bottom or seeing blood in the toilet after a bowel motion; change of bowel motions over several weeks without returning to normal; persistent or periodic severe pain in the abdomen; a lump or mass in the abdomen; tiredness and loss of weight for no particular reason; and anaemia.

Bowel Cancer New Zealand is a patient-focused registered charity which was founded in 2010 by a group of people affected by bowel cancer, committed to improving bowel cancer awareness and outcomes for people with the disease.

Bowel Cancer New Zealand aims to provide clear and up-to-date information about the disease, symptoms, what to do if diagnosed and to support patients and families affected by bowel cancer.

The ultimate aim of Bowel Cancer New Zealand is to prevent lives being lost to this disease and to promote the national screening program rollout in New Zealand.

More information on bowel cancer and Bowel Cancer New Zealand can be found at http://www.bowelcancernz.org.nz