Spotlight falls on Te Papa’s past 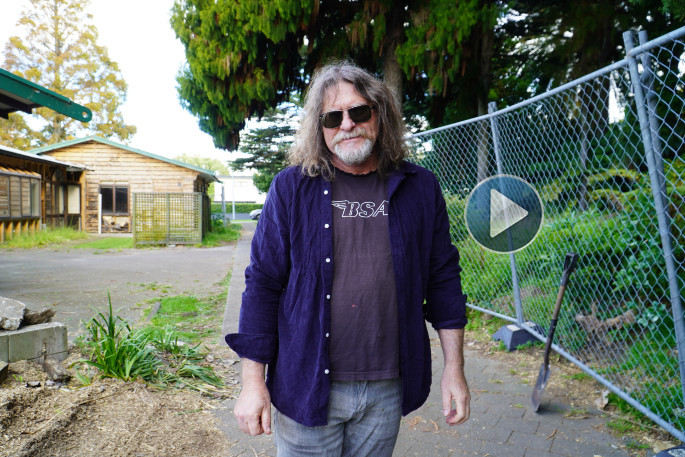 Click the image above to watch the video
Archaeologist Ken Phillips is embarking on what is potentially one of the most significant and exciting investigations to be carried out in the Tauranga region to date.

“We’ll definitely be finding archaeology in there. I’m fairly confident,” says Ken as he looks over the land at 7 and 11 Mission Street.

Over the next few weeks, or maybe even months, Ken Phillips and Cameron McCaffrey will be excavating the ground next door to one of the Bay of Plenty’s oldest heritage sites.

Located at the northern tip of Te Papa peninsula, for centuries the site of The Elms | Te Papa Tauranga was known as Otamataha pa - the landing place of ancestral waka and home to a thriving Maori community.

“The million dollar question is trying to work out the extent of the pa,” says Ken. “Was it confined to Cemetery Point, or over the whole end of the peninsula?”

From the 1820s a period of inter-tribal warfare ensued as northern tribes armed themselves with muskets and set out to settle old scores. Otamataha did not escape the fighting. Visiting in 1828, missionaries found that the pa had been attacked and the inhabitants killed, taken as slaves or had fled to other settlements. The Otamataha site was abandoned and considered tapu.

Demolition contractors have this week completed the removal of the two buildings at the Mission Street properties, revealing what Ken believes is relatively undisturbed ground beneath.

“The land doesn’t appear to have had a lot of excavation done in the past,” says Ken, “which means potentially there’s the opportunity for the discovery of something archaeological.”

Usually reserved and undemonstrative, he is clearly quite excited.

“The buildings don’t appear to have modified the soil to any great extent, so we anticipate finding a lot there.” 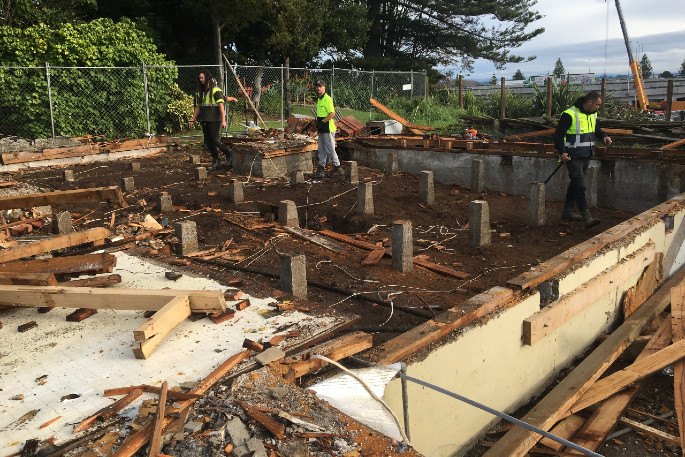 There’s plenty of written and traditional history about the pa, events and the battle that occurred there, and the excavation project is being overseen by mana whenua.

“We know the pa extended south, possibly to Monmouth Redoubt by probably the early 1800s,” says Ken. “When we did the investigation at the bowling club site [at Robbins Park] we found one of the trenches that we predicted to be there and identified it with ground penetrating radar.

“We just didn't know whether it was a defensive trench. But we know the pa extended quite a way south.”

In 2019, during an investigation at 29 Mission Street on the other side of The Elms where the heritage garden is now located, evidence of intensive pre-European Maori occupation was found.

intensively occupied very early on, so it's taken us back in history to early settlement found in a population establishing itself on the peninsula. It also ties into the traditional history.” 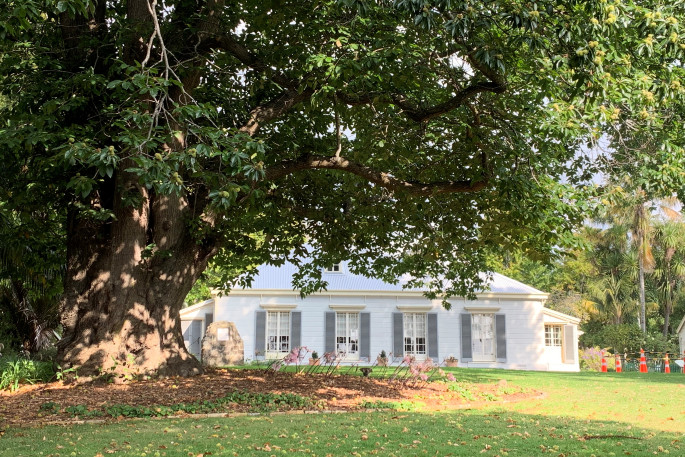 The Mission House at The Elms | Te Papa, seen from the front lawn after arriving through where the original entry to the property is located. Photo: Rosalie Liddle Crawford.

The key research questions Ken will be focusing on is working out what was there, how intensive the site was, how old the pa was, when was it first constructed and why was it important?

“The second research question is the early establishment of The Elms and if we can find any evidence of those formative years in the late 1830s, when the establishment was more informal.

“And obviously there was a lot of interaction between local Maori and the staff of the mission.”

Ken says the missionaries could have been unaware that they may have been building within the boundaries of the defended pa and also wonders whether the pa had moved.

“Pas sort of evolve over time. Most people perceive the pa as being the cemetery.”

It it why was it important?rmal,” s believed the pa extended along the eastern side of the peninsula, but it is unknown how far west it reached.

“The investigations at 29 Mission Street suggest it was much bigger and possibly covered a larger area of the northern end of the peninsula. It was obviously an undefended settlement.

There's some areas that were more heavily defended than others and there would have been populations living outside that, but that intensification is an interesting pattern that we see in later sites.”

The sand spit that has since been developed into Sulphur Point once provided a canoe landing point off the main channel along the eastern side of what is now The Strand. This channel was a main route to other areas around the harbour with Otamataha in Tauranga, along with Otumoetai and Maungatapu being the three principal pas in the 1830s when Europeans started visiting the area.

Ken has monitored the removal of the building foundations on the two properties.

“Now we strip the top soil back and work out what’s there. Then we do an excavation of any features we find.”

He says it could mean several weeks of excavation.

“It could be more, or if there’s nothing there, we'll just walk away. But we’ll definitely be finding some archaeology there.” 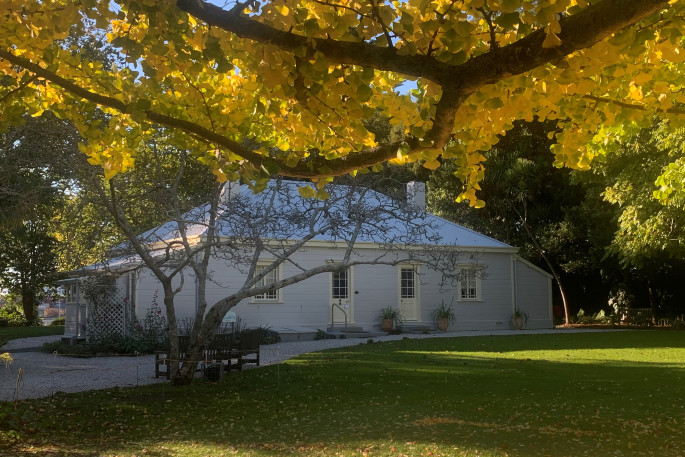 Would someone please explain why these buildings were demolished on this site?Why do we continue to dig up these sites, surely we know all about our past, without having to destroy buildings to investigate the ground beneath.

This thread was about an effort to learn more about our history, yet you cut and run. Last week the leader of the parliamentary opposition called for a national discussion on the treaty and it’s relevance. There is no forum for such a discussion. Each archaeological dig exposes another thread in the vast tapestry of history, every civilised nation does it, for good reason, to learn from the past to create a better future. Cost is irrelevant at such a low level, the benefit to education can be enormous. Why shy away from the discussion?

History is in and of itself a difficult subject. Your singling out of oral history as unreliable seems to suggest you prefer written history even with the certain knowledge that that too is open to both interpretation and deliberate bias. You are entitled to your opinions as is everyone else but it is very important to take a non subjective viewpoint on a history so fraught with self interest on both sides. There is a middle road that will deliver justice to all parties, we are on it. You say the "Maori community is still uncomfortable about what happened "pre European, I find that strange having lived in a Maori community for 60 yrs, and have witnessed no such discomfort. It begs the question, are you uncomfortable with the equally squalid history of your people?

The discussion that I had with Tommy was during an informative walk around Mauao, one of three trips i have taken with various Maori guides. Tommy, Des Tata and another whom I cannot recall from some twenty years ago. Let me state quite emphatically that I have spent many hours reading and hearing local history stories. AND some of them are just stories from people who want something. You will know that oral history is bent and misinterpreted for gain. I have listened to contradictory comments on subjects covered by Evelyn Stokes in her University library papers and on many occasions heard two or three versions of the same story pre-european arrival and the Maori community is still uncomfortable about what actually happened. Remembrances are open to omission and inclusion to suit the situation and "which side won". Please don’t assume that you are the only teller of tales.

for L g r. No doubt what Tommy meant is history is often distorted or suppressed by those in power, for obvious reasons. Learning more about history is the only way we can overcome the obvious, ill informed and twisted history that you and others seem to cherish. I will read any book that gives clear unbiased clarity to our history. You should try it sometime.

If memory serves, there was an enormous cost to ratepayers when the artificial surface track was laid, just across the road at the domain. Resulting in the location of a piece of metal strapping and little else. Do archeaogical digs change history... NO. If anything, in our current climate of division and aggression, it will spark more animosity and disagreements over remembered history. As I was informed by Tommy Kapai, History depends on which side won.... These excavations are of little benefit or interest to the vast majority of those who foot the bill and will only result in a couple of lines of text in a book that nobody will read.