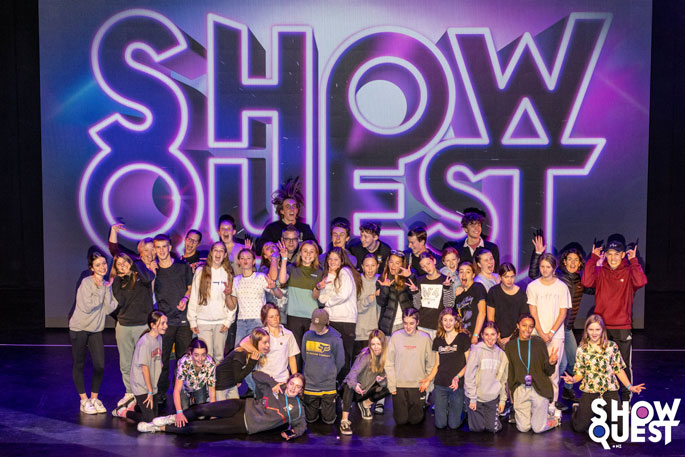 The Tauranga show will be held on June 9. Photo: Showquest Facebook.

After months of preparation, the Trustpower Arena will be humming with excitement on Wednesday, June 9, as student teams perform live on stage in the annual Showquest event.

Tauranga is the fifth region to stage the performing arts event, with local teens capturing the spirit of the event in themes such as following your dreams, the life of Dr. Seuss, and Alice in Wonderland.

Showquest is staged nationwide by Rockquest Promotions, the team behind the successful original music competitions Smokefreerockquest and Smokefree Tangata Beats, and this year welcomes record entries across fifteen shows in twelve regional centres.

Event Director Matt Ealand says the team is looking forward to the fourth year of the programme.

“The last three years we have seen a lot of incredible teamwork, with students working together to develop performances about themes that are important to them,” says Ealand.

“The most successful student teams took an idea and developed it, creating a performance that expressed a complex concept in an engaging, often funny or moving way. We are hugely looking forward to getting back on the road for Showquest 2021.”

Awards to be presented at the Tauranga event include first, second and third places, soundtrack, choreography and drama plus many more.

Along with school performances exhibited on the night, there will be a Wearable Art competition called Toi for student designers, which is run in collaboration with World of WearableArt.

Showquest Tauranga will be held at the Trustpower Arena  on Wednesday, June 9, start time 7pm, tickets $12 students, $25 adults, $70 family of five, at the door or from Ticketek.

The schools to perform in Showquest Tauranga are:

With Wearable Art entries from: