Rain to move in for the long weekend 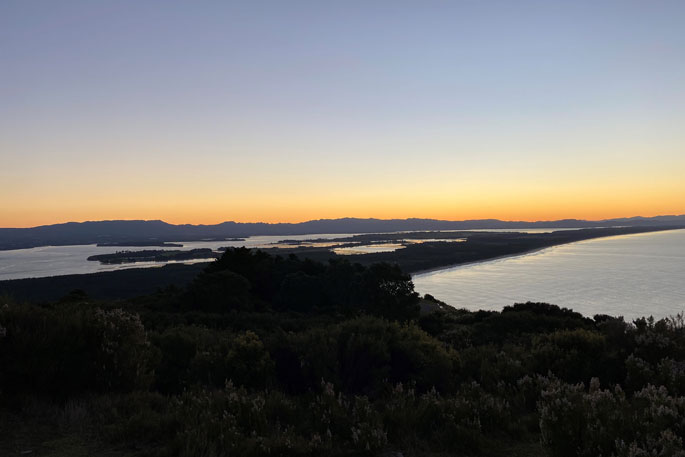 The calm before the storm. The view from Mauao this week before the rain sets in. Photo: Dan Sheridan.

Rain is being forecast for many places this long weekend.

A large high, which is moving into NZ now, will be clearing by this long weekend, says WeatherWatch.co.nz

Behind the high, a fairly weak low in the Tasman Sea area taps into moisture-rich sub-tropical airflows behind the departing high.

"The rain band will be slowed down by the slow departing high (a bit like being stuck behind a big truck you can't overtake)," warns the weather organisation.

"The rain in northern NZ will be patchy with light drizzly falls for some, but for others (like around the Bay of Islands) heavier downpours.

"Some of these heavier downpours will then slowly track eastwards over the upper North Island as we head towards Queen's Birthday Monday."

Eastern NZ, like Hawke's Bay, Canterbury and Otago, are set to be driest.

"Great news for the Canterbury clean up - not great news for those in Hawke's Bay needing rain. There will be a little bit of rain - but not much at this stage.

"The north to north east flow will keep many places mild for winter too. This same airflow will bring in windy north to nor-easters between the departing high and incoming low (the squash zone) will blow down across NZ this weekend."

You can keep up to date with any current MetService warnings or watches right here at WeatherWatch. 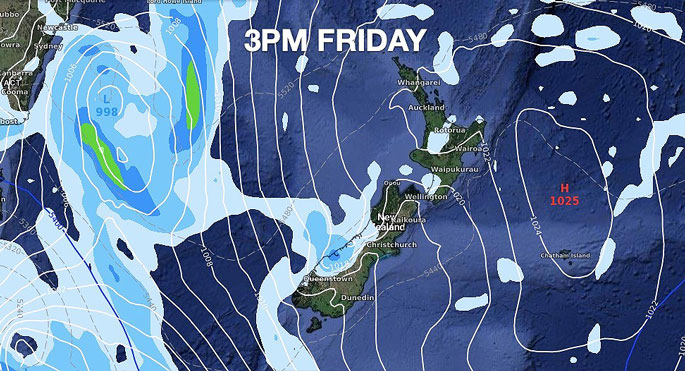 High pressure begins to depart NZ as a low in the Tasman Sea moves closer. Rain or showers in Westland. 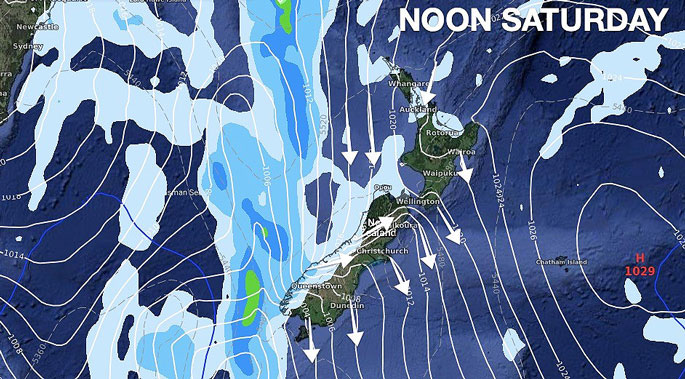 Very windy in some parts of the South Island and around Cook Strait with gales possible, maybe even severe gales for a time inland and in coastal zones. A few showers in the north and later rain sets in on the West Coast with heavy falls. 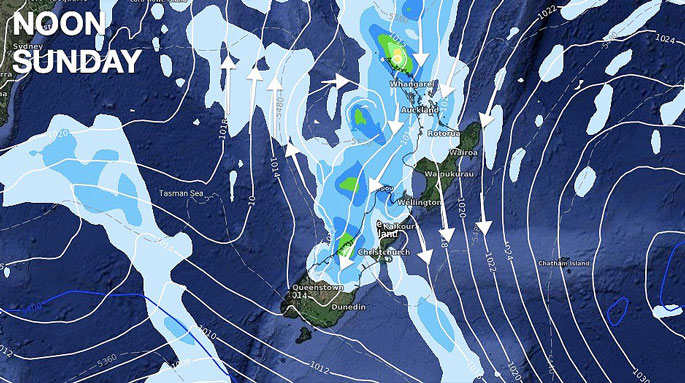 A wet northerly flow across NZ with the big high to the east helping to pull down moisture-rich air from the north. The high slows the progress of this rain, increasing rainfall totals in the upper North Island, like Northland. Rain with heavy falls continues on the West Coast but eases in Fiordland. Mainly dry in the east. 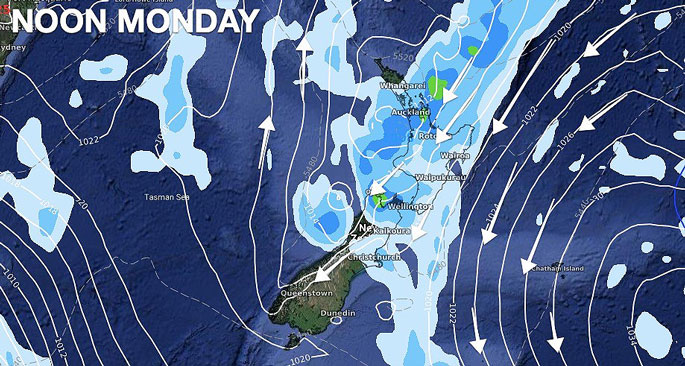 Rain continues to move through the North Island on the back end of the slowly departing high. Only light falls and drizzle in the east for the most part. Driest in the lower half of the South Island.

HOW MUCH RAIN IS COMING BETWEEN NOW AND MIDNIGHT MONDAY? 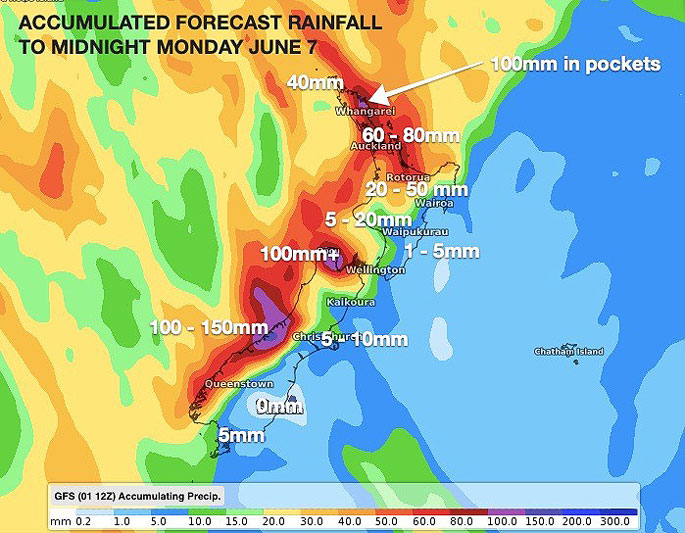 Pockets of heavy rain in the north with other areas only getting lighter drizzly patches or mainly dry weather. Refer to your HOURLY WeatherWatch.co.nz or RuralWeather.co.nz forecast for rainfall totals where you will be this long weekend.