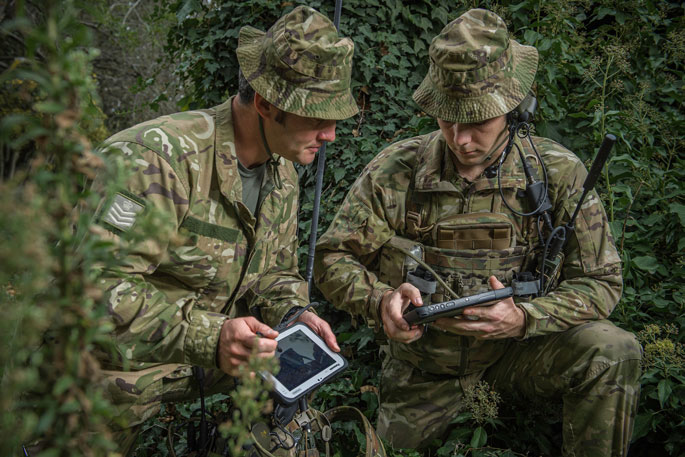 The Royal New Zealand Corps of Signals is celebrating its 100th year and has come a long way from climbing telegraph poles to utilising state of the art equipment. Supplied photo.

The New Zealand Army’s Royal New Zealand Corps of Signals is celebrating its 100th birthday this week, although organising the party has not been a simple affair.

Marking a 100th birthday during a global pandemic has meant the Royal New Zealand Corps of Signals had to review its planned centenary celebrations while helping to keep the New Zealand border safe from Covid-19.

Planning for the anniversary started in June 2019 for the corps that can count several names that are marked in military history within its ranks, most notably Lieutenant Colonel Cyril Bassett, who as a corporal won the Victoria Cross at Gallipoli.

It was intended the anniversary year of when the Corps was formed would be marked in March 2020, but the global Covid-19 pandemic and the New Zealand Army’s 175th anniversary commemorations meant the anniversary date was pushed out to June 1, 2021.

The Princess Royal says the Corps has had a distinguished service record over 100 years and the past year has been a reminder of the importance of keeping New Zealand secure.

Regimental Colonel, Colonel Kate Lee, says it's important that even though the ability to mark the milestone had been delayed it was still vital to ensure it was suitably noted.

“This year is our 100th year of the formation of the Royal New Zealand Corps of Signals and it is only right to commemorate, celebrate and connect with past and present members of the corps and acknowledge the importance of signallers within operations over the past 100 years.”

Colonel Lee says the Corps will mark the significant occasion towards the end of the centenary year with a formal parade.

Military signals became a component of the New Zealand Army in the early 1900s.

In 1911, Post and Telegraph Corps was formed and then in 1913 it was absorbed into the NZ Army Engineer Signal Service along with the NZ Signal Corps formerly known as the Cycle and Signalling Corps.

On June 1, 1921, the Post and Telegraph Corps became the New Zealand Corps of Signals.

There were nine signal units that operated during the Second World War and in July 1947 King George VI gave the Royal prefix to the unit and it became the Royal New Zealand Corps of Signals.

From climbing telegraph poles to utilising state of the art equipment as a network enabled Army the corps has come a long way from its inception, and is an essential part of a military operation.

The Corps prides itself on being able to improvise and adapt in order to overcome the challenges of getting the message through, from Lieutenant Colonel Bassett VC at Gallipoli to the present day providing support by delivering reliable military communications during natural disasters and when deploying to the South West Pacific and throughout the world.