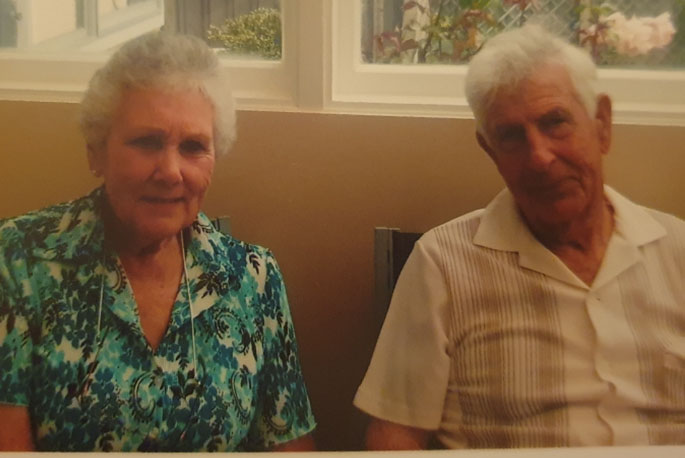 Carmen Walker and her husband, Bob. Carmen died after a cancer procedure at Waikato Hospital in 2010. Photo/Supplied.

Warning: Some details in this article may be distressing.

The Solicitor-General has ordered a new inquiry into the death of a patient following cancer treatment at Waikato Hospital a decade ago, after the pathologist who conducted the autopsy changed his conclusion on the cause of her death.

Dr Ian Beer took the unusual step of writing to the Coroner almost 11 years after the death of Carmen Walker, who lost so much blood during the August 2010 procedure that she suffered a cardiac arrest and died hours later.

It comes as a whistleblower doctor, who alleges that systemic failures at Waikato DHB contributed to Walker’s death and were “covered up”, is petitioning Parliament to hold an inquiry into the controversial case.

Now, Solicitor-General Una Jagose has approved an order from the Chief Coroner, Judge Deborah Marshall, for a new inquiry.

Walker had Stage 4 melanoma but was otherwise well and active when she opted for a palliative melanoma treatment called an isolated limb infusion (ILI), where high doses of chemotherapy were washed through the lower leg to treat cancer that had spread from her right ankle.

The treatment was supposed to extend her life.

Beer no longer believes the 78-year-old’s death was the result of cardiogenic shock, where the heart suddenly can’t pump enough blood around the body.

Instead he wants his finding changed to hypovolaemic shock due to blood loss and wants a coronial inquest opened.

Coroner Gordon Matenga did not hold an inquest into Walker’s unexpected death.

Instead, his April 2011 findings were based on Beer’s autopsy and the surgeon’s notes, listing Beer’s conclusion of cardiogenic shock as the cause of death.

A Waikato DHB internal review of the event, dated January 2013, found no definitive cause for the death.

But there were other issues noted including a possible leak in the tourniquet and, crucially, the “washout” fluid from Walker’s leg was unable to be measured in the container used and this possibly led to a delay in accurately assessing her blood loss.

Beer’s letter says he initially suspected hypovolaemic shock, a life-threatening condition brought about when a person loses a catastrophic volume of blood, making it impossible for the heart to pump enough blood around the body.

But he could not find a haemorrhage and concluded by default the fall in blood pressure after the release of the tourniquet from Walker’s leg, must have been from the toxic effect of the chemotherapy on her heart.

“It never occurred to me that significant blood loss could occur in the controlled environment of the operating theatre during this procedure without the surgeon or anaesthetist knowing and informing the police or myself,” Beer wrote.

A Health and Disability Commissioner’s (HDC) investigation in December 2013 found aspects of the care given to Walker were “suboptimal” but because the DHB was no longer performing the isolated limb infusion procedure, the commissioner at the time, Anthony Hill, took no further action.

During the investigation, Hill sought the opinion of an Australian expert who believed an unrecognised tourniquet leak resulted in the rapid blood loss that caused Walker’s death, and that this was a “severe departure from the expected standards for ILI”.

In April this year, Beer requested from the HDC the hospital notes from Walker’s procedure but this was declined to protect patient privacy.

Some of the HDC investigation notes were eventually given to him by Dr Adam Greenbaum, who was observing the procedure that day and complained to the HDC and the Medical Council that Walker’s death was avoidable and some of the relevant circumstances had been covered up.

Together with Walker’s family, Greenbaum wants a full Parliamentary inquiry into her death including Waikato DHB’s handling of it and the ensuing HDC investigation.

He fell out with the DHB after the death and eventually left in dispute.

Beer, a senior pathologist, says the Australian expert’s findings are “highly pertinent” because she was able to review the hospital notes from Walker’s procedure, which Beer admitted he should have had during her autopsy.

“It appears there was overwhelming evidence of massive blood loss during the procedure that was not appreciated and not reported at the time,” Beer wrote.

That evidence included a haemoglobin level so low immediately after the procedure it was almost “incompatible with life”, a large number of blood transfusions, and the fact Walker’s blood loss was not being measured.

“Sadly, my assumption that fluid volumes would be fastidiously monitored in an operating theatre was misplaced.”

At the time, Waikato DHB protocols for the procedure did not require measurement of outflow fluid.

In changing his conclusion to hypovolaemic shock, Beer says he has seen correspondence from the surgeon and the Australian expert to the HDC over the blood loss and accepts there's dispute over how it occurred, but he believes the Australian expert’s opinion is the most likely explanation.

He told Local Democracy Reporting he wants his finding corrected and the death re-investigated.

“Having the ability to find out about iatrogenic harm (doctor-caused death) and investigate them properly is an exercise we can all learn from.”

Last year, a plea by Walker’s family for an inquest into their mother’s death was declined by the Deputy Solicitor-General.

Craig Walker says he was shocked and surprised at the changed finding and he wants justice for his mother, and his late father Bob who “never got over it”.

“I actually watched her basically bleed to death while we were in ICU at the time."

He says an inquest “needs to happen” and it's “disgraceful” the family had waited 11 years.

“We've been fighting to get the truth because we have been suspicious for a long time, so I think we need another inquest with all the relevant facts.”

Greenbaum says health authorities have “resisted multiple attempts” by Walker’s family and himself to hold a full inquest. 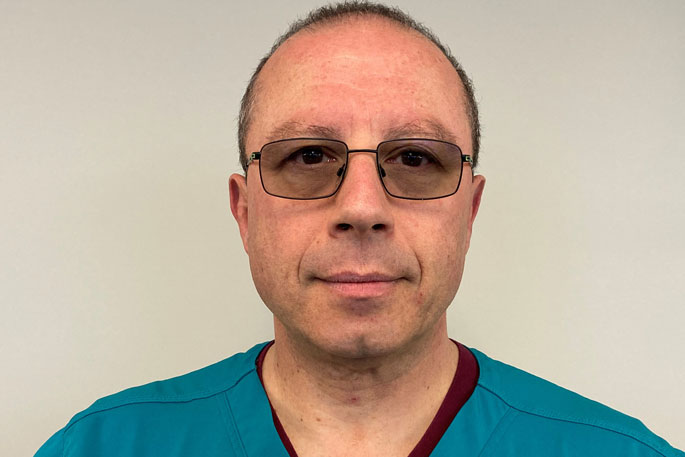 “So while I'm delighted if we finally get one, the reasons why there has been such resistance in the past also now need to be looked at.”

A spokesperson for the Solicitor-General says the Chief Coroner has sent a request to Jagose for an order that a further inquiry be opened into the death of Walker.

“The Chief Coroner’s request has been made because the pathologist who recorded the cause of Carmen Walker’s death now seeks to amend that record.

“In order for that amendment to be made a coronial finding setting out the cause is required. A further inquiry is accordingly being ordered.”

It will be up to the Coroner’s office whether an inquest will be held and the timeframe for that.

A Ministry of Justice spokesperson says the Chief Coroner wrote to the Solicitor-General on Thursday asking for the file to be reopened.

Health and Disability Commissioner Morag McDowell says she's satisfied the HDC carried out a thorough investigation into the care provided to Walker at the time.

She says in regard to Beer’s request for Walker’s notes, the HDC must consider the privacy of individuals.

McDowell extended her sympathy to Walker’s family for her death but says she can't comment on requests or matters with the Coroner or Parliament.

Waikato DHB says it accepts the findings in the HDC and coroner’s reports and that it no longer provided this procedure.

"We acknowledge the family’s hurt and continue to extend our sympathies to them.”

April 20, 2011: Coroner Gordon Matenga conducts a “hearing on the papers” and makes the same finding.

May 2011: Dr Adam Greenbaum complains to the Health and Disability Commissioner and copies it to the Medical Council.

January 2013: Waikato DHB’s internal review finds no definitive cause for Walker’s death but that there was a possible leak in the tourniquet, and washout fluid from her leg was not measured.

December 2013: Health and Disability Commissioner Anthony Hill finds care given to Walker was “suboptimal” but takes no further action.

March 2019: Greenbaum and the Walker family petition the Solicitor-General for a full coronial inquest.

April 2021: Beer requests the hospital notes from the HDC but is declined.

May 2021: Greenbaum provides Beer with some of the HDC investigation including the Australian expert’s report.

May 27, 2021: Chief Coroner Judge Deborah Marshall writes to the Solicitor-General requesting the file be reopened.