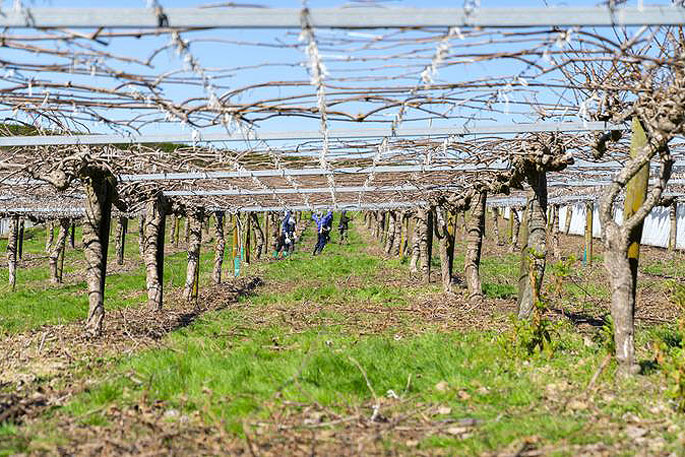 Employers with migrant staff are facing what the immigration ministry says is the biggest change to work visas in a generation.

The Accredited Employer Work Visa replaces six work visas and applications under the old system, which ends at the end of next month.

The new visa process is led by the employer, who has to complete a job check before they or their migrant workers can apply for a work visa.

From November, companies wanting to recruit migrants will have to be accredited - proving they are compliant, genuine businesses which allow staff to learn about their work rights.

Consultation on changing work visas - mainly essential skills and talent visas - began in 2018 and were agreed the following year.

Then-immigration minister Iain Lees-Galloway says the system was overly complex and did not incentivise businesses with labour shortages to recruit or train more New Zealanders, or to invest in technology to increase productivity.

Immigration New Zealand says the changes are designed to support a future economy that is less reliant on lower-paid temporary workers, improves skills and infrastructure and increases the skill levels of migrants.

Under the new system, accreditation of the employer will be followed by a job check - to confirm the job pays the market rate and complies with employment laws.

It will also include a labour market test unless the job is very highly paid (200 percent of the median wage) or on a skills shortage list, or is in the regions and pays at least the median wage.

For jobs paying below the median wage, the Ministry of Social Development will also check whether there are New Zealanders available to do the job.

Only then can a work visa application be submitted.

Firms will be accredited for an initial 12 month period, then will renew their accreditation every two years, with fees due to be announced in August.

Franchises and employers wanting to place migrants on AEWVs with third parties - including labour hire companies - must meet additional criteria and have their accreditation renewed every year.

Employers who only hire migrants on visas with open work rights - including partnership, working holiday visas and students with work rights - do not need to be become accredited.

Absolutely 100% agree with The Caveman. We STILL have plenty of people sitting on their bums at home collecting a generous benefit when we desperately need help with the kiwifruit (and other crops). I suppose when you have plenty of people living in 1 house all on benefits there is no need to go out and work now is there??

DON'T have a problem !

If NZ business want overseas labour, then they need to PROVE that they are paying the required $$$$. AND they need to PROVE that the overseas labour is not being treated as CHEAP labour !! Good living conditions, good food, non-working days, Etc Etc. And the bIG question MUST BE if we have 120,000 unemployed in NZ, WHY ain’t these employers TRAINING NZérs to do the work??