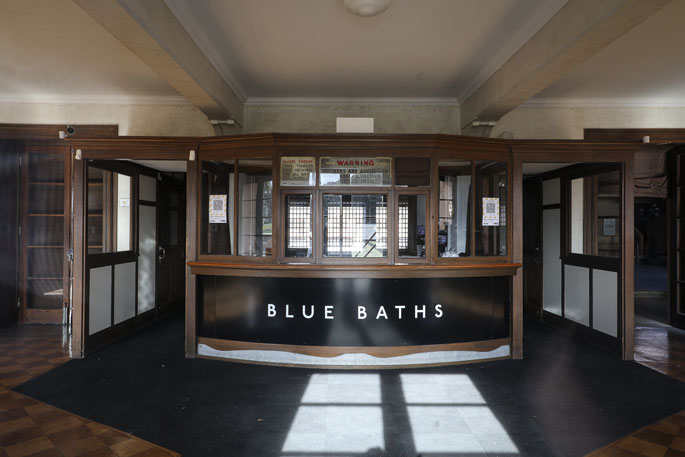 The Baths have been closed since January 26. Photo / Andrew Warner / Rotorua Daily Post.

But Rotorua Lakes Council and venue manager of the well-known Baths are remaining tight-lipped about details of the concerns and the building’s closure.

On Friday, Rotorua Lakes Council, which owns the building, confirmed the Baths were closed on January 26 this year to investigate concerns about the structural integrity of the building.

"Significant testing has been undertaken to better understand the situation," says a council spokeswoman.

"We are currently working with the leaseholder and will provide more information once these discussions have concluded."

The company has five outfits in Rotorua, including Terrace Kitchen and Eastwood Cafe.

In 1999, after 17 years of closure, the building was "painstakingly and lovingly" restored by Mike Romanes and the council, according to the Blue Baths website. 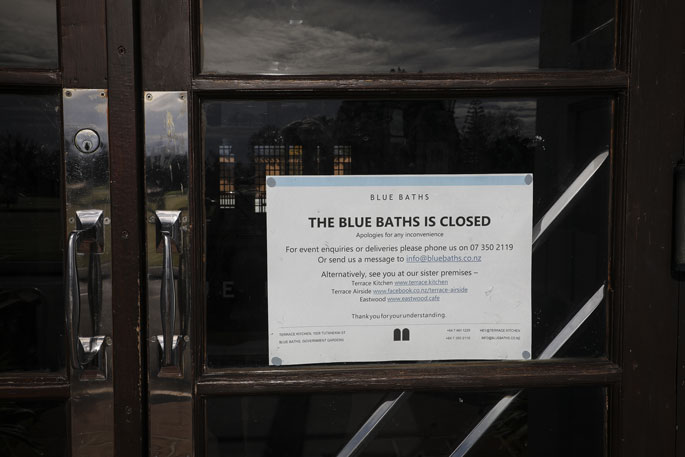 A closure letter on the door of the Blue Baths. Photo / Andrew Warner / Rotorua Daily Post.

The Blue Baths, built in 1933, is a category one heritage listed building and previously hosted weddings, comedy shows, conferences and live music.

On Monday, Local Democracy Reporting asked the council what the concerns about the structural integrity of the building were and who raised the concerns, as well as what kind of testing had been done on the building.

The council was also asked if the public was safe if they stood outside the building, whether the Plenty Group was still required to pay rent and if not how much rent had been foregone.

Local Democracy Reporting also asked how much investigations into the building’s structural integrity had cost to date; what, in broad terms, the council was discussing with the Plenty Group, whether the Baths were closed indefinitely and if the Baths had unreinforced masonry.

A council spokeswoman says: “As we said last week, we are still in discussions with the leaseholder and will provide more information about what’s happening at the Blue Baths once these discussions have concluded.

“The building has been closed to the public for safety reasons.

"[The] council is working through our options to best secure the site and ensure the surrounding area is safe." 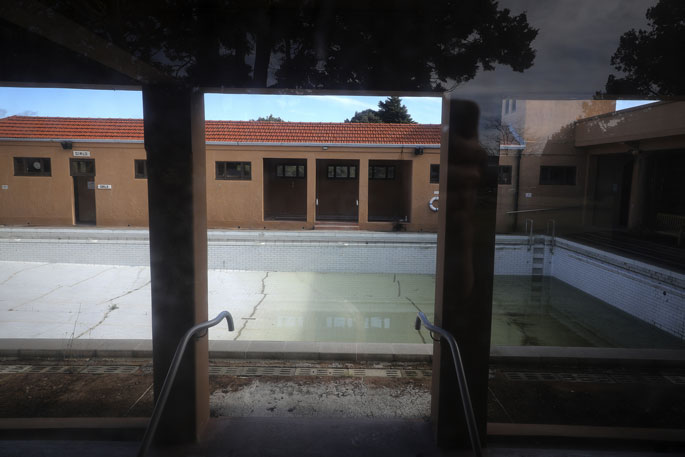 The Baths have been closed since January 26. Photo / Andrew Warner / Rotorua Daily Post

The spokeswoman says there's no immediate risk to people standing near the building and there was "no current evidence" of unreinforced masonry.

Both of those buildings closed due to structural concerns relating to their ability to withstand a significant earthquake.

Of that, about $11m was secured from external funders besides the council.

The museum was a $51.1m project, with the council contributing $15m.