Have your say this world smokefree day 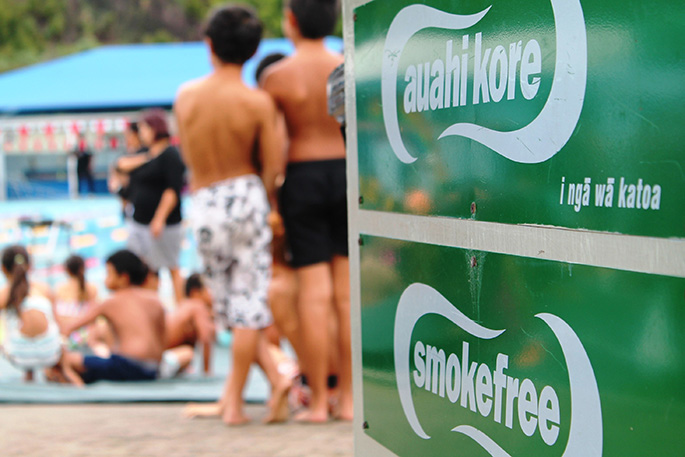 Have your say on the Government's Action Plan for Smokefree 2025. Photo: SunLive

World Smokefree Day is coming up tomorrow, and the Asthma and Respiratory Foundation NZ – ARFNZ -  is encouraging Kiwis to have their say on the Government’s Action Plan for Smokefree 2025.

"ARFNZ believes that the bold action proposed in the Government’s Action Plan will encourage Kiwis to ditch the habit and is just what we need to reach the Smokefree 2025 goal."

Consultation on the plan closes on Monday May 31 at 5pm - you can have your say at consult.health.govt.nz/tobacco-control/smokefree2025-actionplan

ARFNZ was delighted to see that the Government committed over $36m to Smokefree 2025 in last week’s budget. This money will be directed to health promotion and social marketing campaigns to support the Smokefree goal.

"The journey to stop smoking can be tough, and smokers need holistic, culturally appropriate wraparound support services to help them quit," says Letitia. "There needs to be targeted support for groups where smoking rates remain high, for example the Māori and Pacific communities."

Smoking is one of the key drivers of health inequity, and smoking rates remain high in certain groups. Maori adults are nearly three times more likely than non-Maori to be smokers, and people in economically deprived areas are 4.5 times more likely to smoke than those in wealthier areas. Reaching the Smokefree 2025 goal will drastically reduce preventable disease and death in these groups, and help reduce health inequity.

"We need to tackle two key things that remain unaddressed - the widespread availability of tobacco products in dairies, gas stations, convenience stores and supermarkets throughout the country, and an increase in smoking cessation services and support," says Letitia.

"We support a drastic reduction in the retail availability of smoked tobacco products, and the removal of nicotine from such products to make it easier for people to kick the habit. Achieving the Smokefree 2025 ambition will be extremely challenging, but it is achievable if these comprehensive and bold actions are implemented fast."

Use alcohol to get off the smokes! Half a bottle of Scotch a day should do it, way cheaper than smoking and without the vocal zealots calling for it to be banned. Without the drive to ban it, I can only assume it’s much healthier? A much smaller percentage of my payment going to taxes. Everyone’s a winner! I cannot believe I haven’t thought of this sooner.

Might be a little bit simple but ban them.then make vaping a Prescription only device to quit with only tobacco only flavour . A Prescription only valid for six months to get you off the tobacco and breathe some fresh air