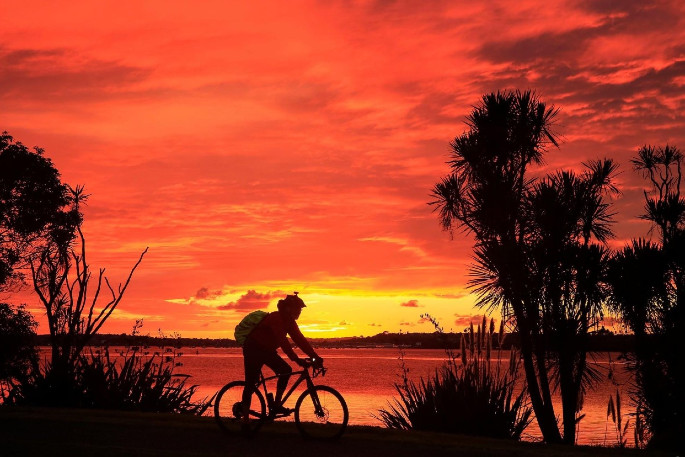 The MetService is advising people animals and property from the impact of the next 24 hours' weather. Photo: Johan Koch.

WeatherWatch are forecasting possible thunderstorms ahead this afternoon and evening.

“There is a moderate risk of thunderstorms about Coromandel Peninsula this afternoon, and for Bay of Plenty and northern Gisborne from late morning through to early evening.

“These thunderstorms are likely to produce brief heavy rain, small hail and strong wind gusts of 90 km per hour, along with a slight chance of a small tornado.”

In Bay of Plenty, Coromandel Peninsula, Auckland and Northland MetService have advised motorists to watch out for storm surges and surface flooding as heavy swells coincide with king tides.

“In the North Island, heavy rain is possible for Bay of Plenty east of Whakatane through to 3am Sunday, and for Taranaki about and north of the mountain through to 6pm Saturday,” says a MetService spokesperson.

“Hail up to 15mm in diameter was possible during any thunderstorms for Northland, Auckland, and in the west down to north Taranaki, MetService said. Small tornadoes were also possible and winds could gust to 90 km per hour.”

MetService say that gusts to 90 km per hour were also possible during thunderstorms for Coromandel Peninsula and coastal Bay of Plenty, along with small hail.

WeatherWatch also advise there is a moderate risk of thunderstorms about northern and western parts of the North Island from Northland to North Taranaki throughout today, associated with the unstable north to northwest flow.

“These thunderstorms can produce brief heavy rain, hail up to 15mm diameter, and strong wind gusts of 90 km per hour,” says a WeatherWatch spokesperson.

A moderate risk of thunderstorms also affects Nelson and the Marlborough Sounds today, with localised rainfall rates of 10 to 25mm per hour and small hail.

Finally, a broader low risk of thunderstorms covers the central North Island and the remainder of Marlborough this afternoon and evening.