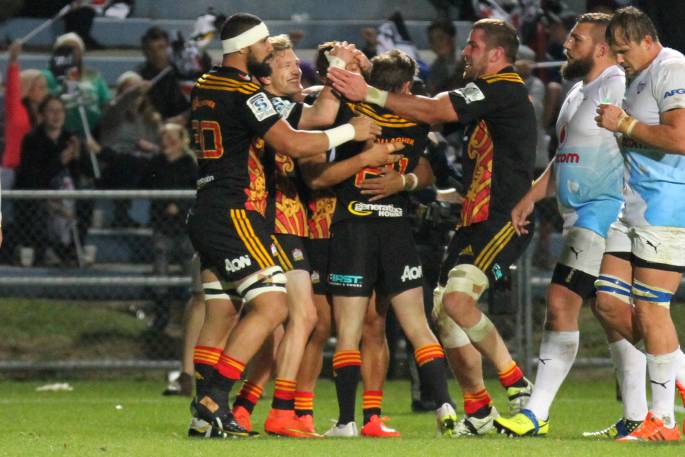 Gallagher Chiefs Head Coach Clayton McMillan has named his team to face the Queensland Reds in Townsville, following his sides 40-19 win over the Brumbies last weekend in front of a passionate home crowd.

McMillan acknowledged the Reds will be hurting from their heavy loss to Sky Super Rugby Aotearoa champions Crusaders on the weekend, but his side is prepared for that.

“The Reds are a far better side than what they demonstrated last week, and they will know that and be disappointed in their own performance.

“They were punished by the Crusaders and we are expecting a reaction.”

McMillan is also looking forward to testing his coaching wits against former All Black second-row Brad Thorn, who is the current Reds head coach.

“Brad Thorn is well known to us in New Zealand. I do not imagine he would have been too happy with that outcome, especially being a former Crusader. We are expecting a real backlash and we have talked about it all week and we are prepared for that.”

Kicking off at 7.45pm (AUST)/ 9.45pm (NZT), the Chiefs will line up against the 2021 Super Rugby Australia champions on Saturday, May 29 at Queensland Country Bank Stadium.

The experienced Mitchell Brown returns from injury to join Tupou Vaa’i as the side’s locking duo. The powerful Pita Gus Sowakula and veteran Liam Messam once again change places, with Sowakula starting at six and Messam covering on the bench in jersey twenty. Lachlan Boshier and Luke Jacobson will retain their starting positions and respectively don jersey seven and eight.

In the backline, Chase Tiatia will shift to the left wing in place of Jonah Lowe and Kaleb Trask will slip into fullback in the only change to the starting backline. Waikato midfielder Quinn Tupaea, who announced re-signing with the Chiefs earlier this week will return early from injury to cover on the bench. He will be joined on the bench by utility back Shaun Stevenson and halfback Xavier Roe.