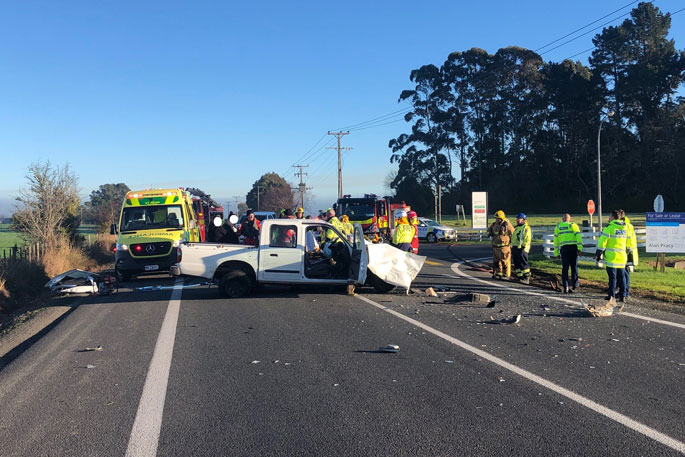 Photos from emergency services at the scene, show the extent of the damage to the ute. Photos: ARHT.

Police are investigating the cause of a crash with has left one person with serious injuries.

Emergency services were called to a crash between a truck and ute on State Highway 26, near Kopu, around 8.30am on Thursday.

The Thames Volunteer Fire Brigade says both of their appliances responded to the crash, along with police, St John paramedics and the Westpac Rescue Helicopter.

“We used our cutting gear to extricate one patient who was then transported to hospital in the air ambulance,” says a post on the fire brigade’s Facebook page. 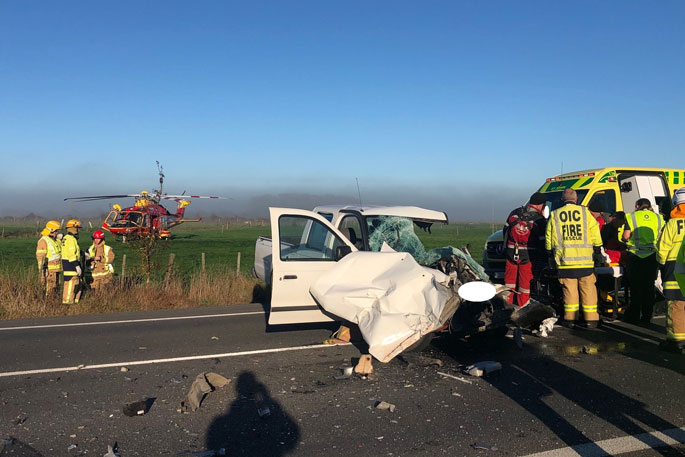 A spokesperson for the Westpac Rescue Helicopter confirmed that a man in his 20s was transported to hospital.

“He was flown to Waikato Hospital in a serious condition.”

The crash forced emergency services to close the highway for a couple of hours.