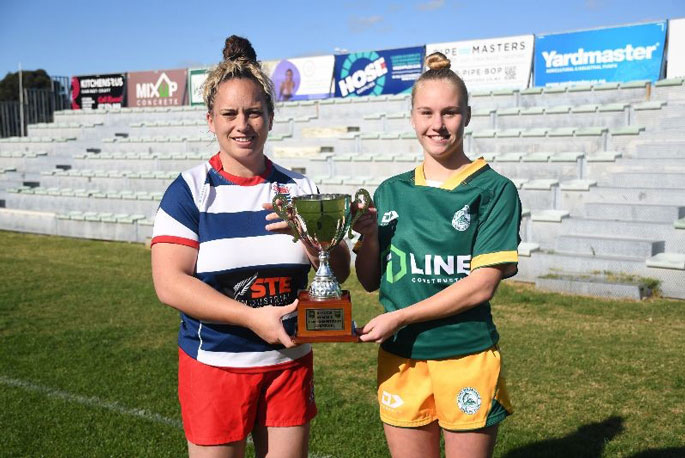 Both teams come into the game following solid semi-final performances last Sunday, including a 24-5 win for Rangiuru v Rangatua and a 38-17 victory for Mount Maunganui v Waikite.

A win on Sunday would secure Rangiuru a third championship in as many years and bring them within one title of equalling Waikite's competition record of four.

"The girls are pretty confident, and they believe that if they do everything we've been practising, the job will get done.

"Our strength is our ability to move the ball and attack wide; we have some brilliant backs and a direct and physical forward pack, and this makes us a formidable offensive unit."

The last meeting between these two sides was back in April, with the outcome favouring the defending champs with a 51-12 victory.

However, Rangiuru Captain Ereti Williams stresses that they are not underestimating "a very different" Mount side from the team they defeated in their round-robin clash.

"It would be a massive mistake on our end to underestimate the Mount coming into this final," says Williams.

"During our round-robin game, injuries meant that they could not house a full-strength team against us, so I think that result doesn't reflect the true challenge they pose.

"This weekend will be quite a telling game in terms of full teams and full benches. It will be an even playing field."

Meanwhile, Mount Maunganui are just one win away from completing what has already been a historic season.

Having entered the competition as a new team just three years ago, the Mount will now compete in their first-ever final.

"I'm so proud of the team. We have grown a lot in the three years since we started," says Mount Maunganui Captain Lisa Egberts.

"For example, I think the first time we ever played Rangiuru, we lost by over 100 points! Now, we are facing them in the final with a genuine opportunity of beating them.

"The girls are pumped. We are very excited and ready to go."

With a strong 7's presence within the side, Mount Maunganui Head Coach Luke Sullivan believes the key to winning lies within his team's superior fitness and speed.

"We need to find ways to tire them out and prevent them from getting a roll-on. We can't let them get any momentum with the ball in hand.

"If we can get them turning around a lot, get them running to cover metres, and play a fast-paced game, that's what we need to do.

"We need to run them off the park. That's the only way we are going to be able to do it.

With weather conditions forecast for rain on Sunday, both teams are aware that the potential of wet conditions will test how each side reacts and adapts.

"If the weather changes, it will undoubtedly affect how both teams approach the game," says Head Coach Falwasser.

"You can never be 100 per cent sure about how a game will unfold and what factors will influence, and in the case of wet weather, the team that adapts the best and fastest will win.

"Let's just hope that we can at least have a dry field to allow these girls to play the brand of rugby they play best."