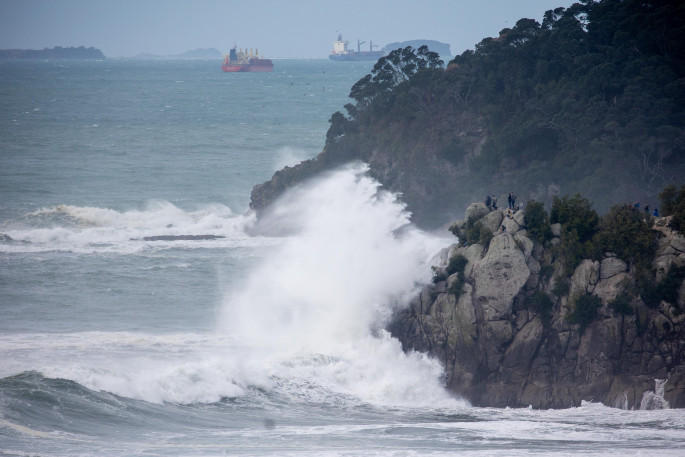 Tauranga City Council was forced to close Mauao Base Track and Moturiki/Leisure Island this morning due to high seas poising a danger to the public.

The sitiation was assessed around 9,30am and a Tauranga Cuty Council spokesperson reports that all the tracks are now open.

Mauao’s Base Track and Motuirki/Leisure Island are closed this morning due to possibly hazardous coastal conditions.

A Tauranga City Council spokesperson says they have closed the tracks again this morning “due to high swells”.

The MetService is forecasting hazardous coastal conditions for the area.

“Dangerous conditions are possible about the coast, especially around high tide. Follow advice from the local authorities.”

The same areas were closed on Sunday due to dangerous sea conditions.

Waves of up to 6.5m were recorded in Bowentown, while MetService recorded 8m swells in Pukehina.

While the seas may be rough, weather forecaster WeatherWatch.co.nz says conditions are mainly settled today due to New Zealand lying between two systems, a departing low to the northeast and a front approaching from the west in the Tasman Sea.

“Most regions are dry today, but we do see a few remaining showers for the eastern North Island clearing this evening, also some rain moves into Fiordland.”

In the Bay of Plenty, things are looking mostly sunny with southerlies tending southwest during the afternoon.

“Bay Of Plenty may see some morning cloud then breaking.”