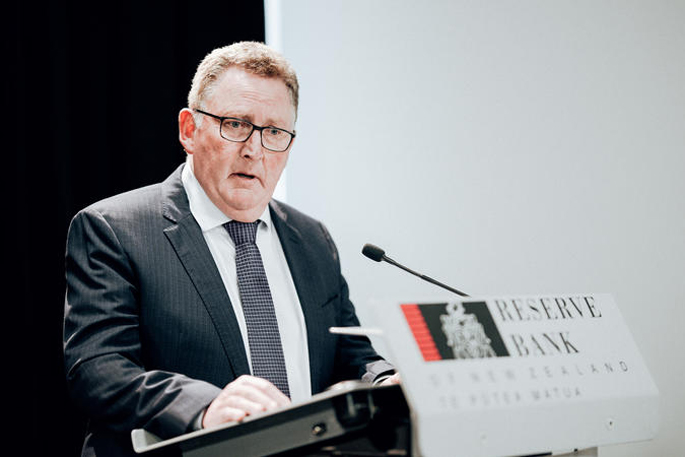 The Reserve Bank has shown no sign of taking its foot off the stimulus pedal as it holds the official cash rate at a record low 0.25 per cent, and reaffirms easy monetary policies to support the economy.

RBNZ says the economy has picked up after the soft period at the end of last year, but still faced an uncertain and uneven outlook.

The Monetary Policy Committee says the easy money policies in place for the past 15 months are still needed to cushion the economy and the RBNZ looked to reach its targets of sustainable employment and inflation about 2 per cent.

"Meeting these requirements will necessitate considerable time and patience," it said in a statement this afternoon.

It reaffirms the $100 billion bond-buying programme, which aims to keep interest rates low, and the funding-for-lending programme which offers low-interest finance to banks for on-lending to businesses and households.

The MPC notes stronger inflation pressures coming from supply chain disruptions, pressure on shipping services, and higher oil prices, which they would discount for now.

"These price pressures are likely to be temporary and are expected to abate over the course of the year."

For the first time since the pandemic emerged, the Reserve Bank did not mention the possibility of further rate cuts to the OCR to support the economy.

He says that, while the international outlook continues to improve, the Trans-Tasman bubble is not expected to offset the losses from international exports.

Price pressures on shipping and shipping costs are expected to abate over the coming year, Orr says.

The committee accepted low-interest rates continued to support house prices but say recent changes to tax and an increasing supply were offsetting that.

Orr expected house prices growth to stop rising from the middle of this year.

"Our projections - forward projections, I will caveat for what they're worth because these are asset price projections which are wildly uncertain - are that house price growth slows significantly and soon.

"Why are our growth rates slowing? Most of the factors that are driving house prices are either waning or disappearing having downward pressure on what we could call a sustianable level of house prices."

He says the government's tax changes were "significant" as was the increase in construction activity.

"So a lot of the longer term drivers of house price supply and demand are suggesting a period of subdued house price growth.

"By subdued, we're projecting zero quarterly growth rates, so the level of house prices basically goes sideways from the middle half of this year for a period of time."

The New Zealand dollar gained markedly against most of major currencies as financial markets responded to a hint that interest rate rises would be on the agenda towards the end of next year.

ASB Bank economist Nathaniel Keall says he was a little surprised by the RBNZ's change in tone.

"While we share the RBNZ's view that the OCR will move up in 2022, their pace of hikes over the next few years is larger than what we envisage."

He added there was also risk that, contrary to the Reserve Bank's expectations, the increase in inflation that is forecast later this year may be permanent.

ASB maintains its view that the OCR would be held at current levels until August 2022.