Wintry weather to set in this weekend 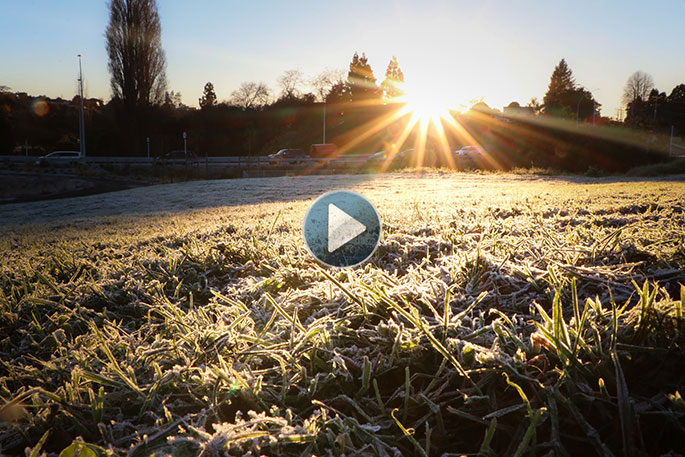 Snow is expected to fall in the South Island this weekend, bringing cooler temperatures to the country.

A wintry weather system is set to move in across New Zealand this weekend.

WeatherWatch.co.nz says a large and complex low pressure system will be impacting New Zealand and Australia this weekend with severe weather risks, most likely across NZ.

“While it's too early to lock in specific severe weather details some early indications are that heavy snow will impact the Southern Alps and Alpine Highways this weekend, with perhaps up to 40cms on the peaks and 1 to 5cm may even fall as low as the Canterbury plains (above a couple hundred metres),” says a spokesperson for the weather organisation.

“Rain in the east of the South Island (Canterbury) may be heavy too. Some early estimates at www.RuralWeather.co.nz and WeatherWatch.co.nz show 70 to 90mm possible through inland Canterbury on the plains (like Darfield, for example). This rain, if it does eventuate, will be very welcome in the dry region.”

Winds will be strong in eastern Australia (south to south east) and these winds will also impact the South Island as we go into Sunday, says WeatherWatch.co.nz

“The North Island has milder westerlies until the colder southerlies kick in later Sunday and into next Monday.

“It's such a big system there will be some regions barely impacted - with lighter winds and sunnier skies.

“We'll be more detailed later in the week about who will be most impacted and who will not.

“One interesting side note, the only part of NZ that leans drier than normal over the next seven days is the West Coast - indicating the south to south east flow will be delivering wet weather to the east of the South Island and not the west.

“This also explains why it will be colder with single digit daytime highs in many eastern and southern parts of the South Island (and if not single digits, possibly not making the teens still).” 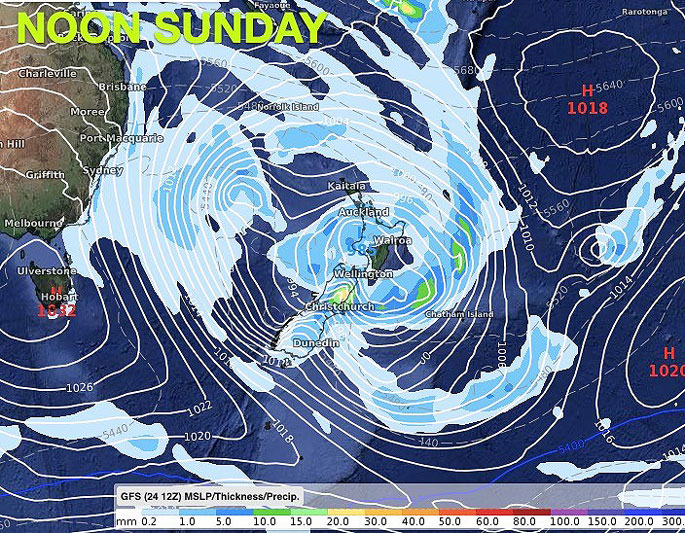 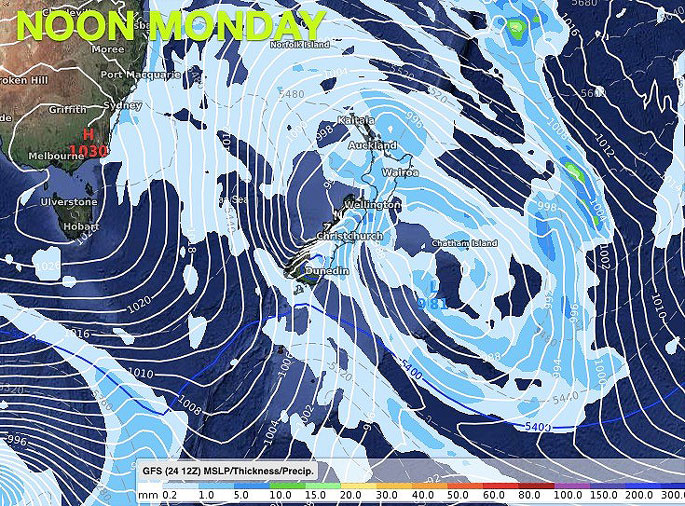 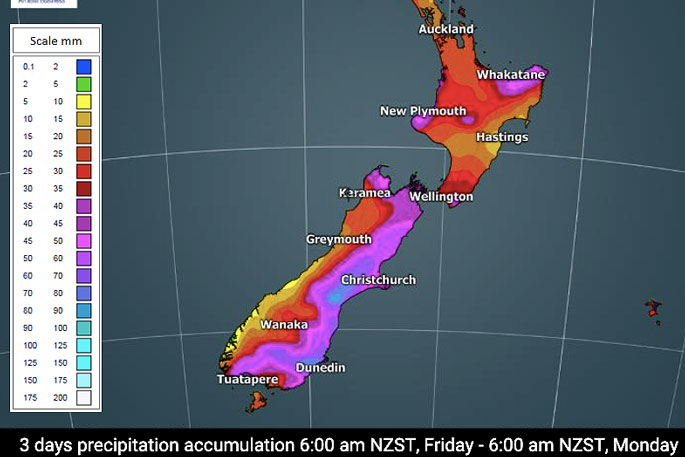 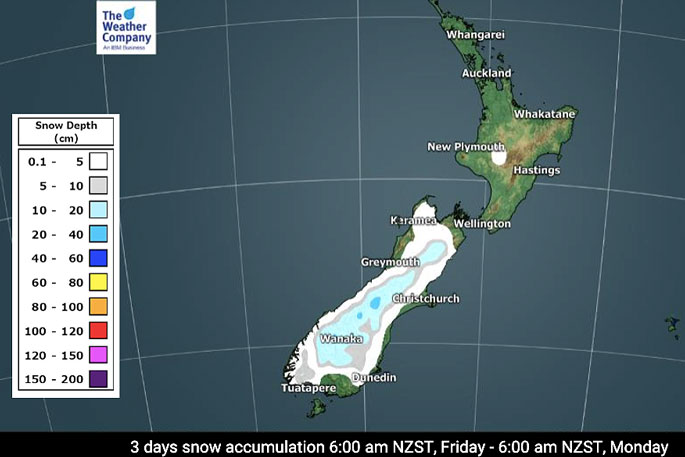