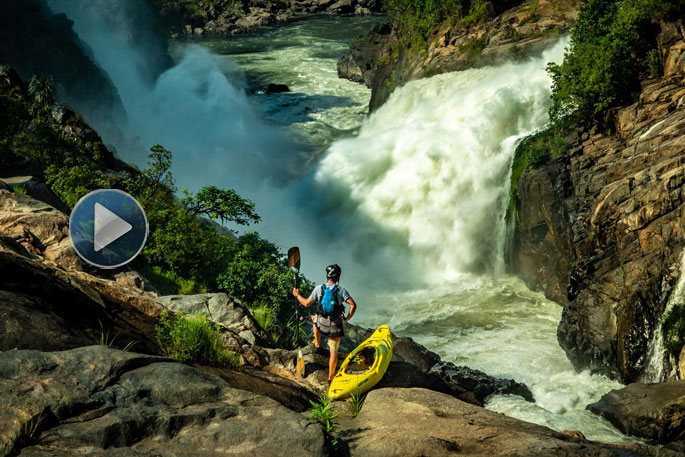 Bay of Plenty Olympic kayaker Mike Dawson will premier his feature film 'Kwanza: The drowning diamond of Angola' in Rotorua and Tauranga this week. Supplied images.

It's one thing to have a river trying to kill you; rampaging torrents of West African whitewater, on a stretch never before paddled and unlikely to be again.

Throw in an intense crocodile infestation, armed militants and one of the world's highest rates of discarded land mines and the full picture of Bay of Plenty adventurer Mike Dawson's quest to paddle Angola's Kwanza River starts to unfurl.

For the first time, double Olympian Dawson is bringing his film Kwanza: The drowning diamond of Angola to New Zealand audiences, with five screenings around the country over the next month.

It tells the story of a 2018 expedition to Angola, where Dawson, South African Dewet Michau and British paddler Jake Holland journeyed deep into the heart of the war-torn nation, battling unforgiving weather and miles of unmapped terrain to become some of the first kayakers to experience the perilous rapids of the Keve and Kwanza Rivers.

"I've paddled in some pretty scary places but the thing that set this trip apart was the incredible uncertainty," says Dawson.

"It wasn't just driving down to a river and charging some rapids - it involved driving across an entire continent for a week, to a country that's pretty sketchy at the best of times, chasing epic rapids that we didn't even know still existed.

"There were just so many other variables, with intense isolation and some pretty rugged wildlife, and the potential for disaster was definitely real but in the end, it was about throwing all our cards in and just sending it."

Part of the urgency was the desire to document the Kwanza River before it ceases to exist in its natural state; five hydroelectric dams have already gone in, with construction on the last two starting at about the time the paddlers set off.

"They were getting ready to divert the intake in one section of the dam site as we were paddling through, which was pretty unnerving." 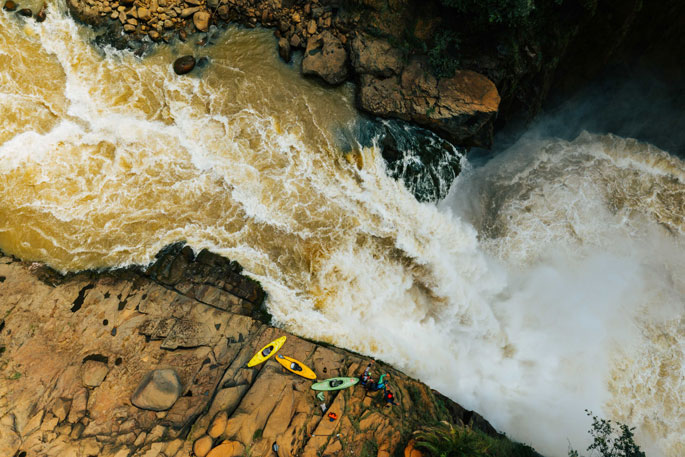 The 21-day trip produced more than 600hrs of footage, which Dawson and fellow editor Steven Freitag painstakingly crafted into a 30min feature film.

It features jaw-dropping scenery and incredible sequences, such as when Michau and Holland very nearly succumbed on the first day of paddling on the Kwanza.

"As they've dammed the river, it's created intense concentrations of crocodiles in the flat sections between the dams and we were trying to avoid one of those flat sections by dropping blind into a channel that looked good.

"It wasn’t - Dewet and Jake were thrown into a nasty pocket and everything changed at that point. Jake swam frantically for the bank as his gear was swept downstream into a pool that looked croc-infested and only then could we get Dewet out, racing a massive thunderstorm that appeared over the horizon.

"Although incredibly shaken, we had no choice but to keep going downstream, not relaxing for a second with the hairs on our necks prickling at the slightest ripple or sound."

Kwanza: The drowning diamond of Angola will premier in Rotorua on May 27, with further screenings in Tauranga, Auckland, Christchurch and Wanaka over the following fortnight.

The film will be shown alongside New Zealand freestyle skier Janina Kuzma's equally dramatic 'Peace Mountain' - her tale of skiing Mount Hermon, a mountain situated on the border of Israel, Lebanon and Syria. 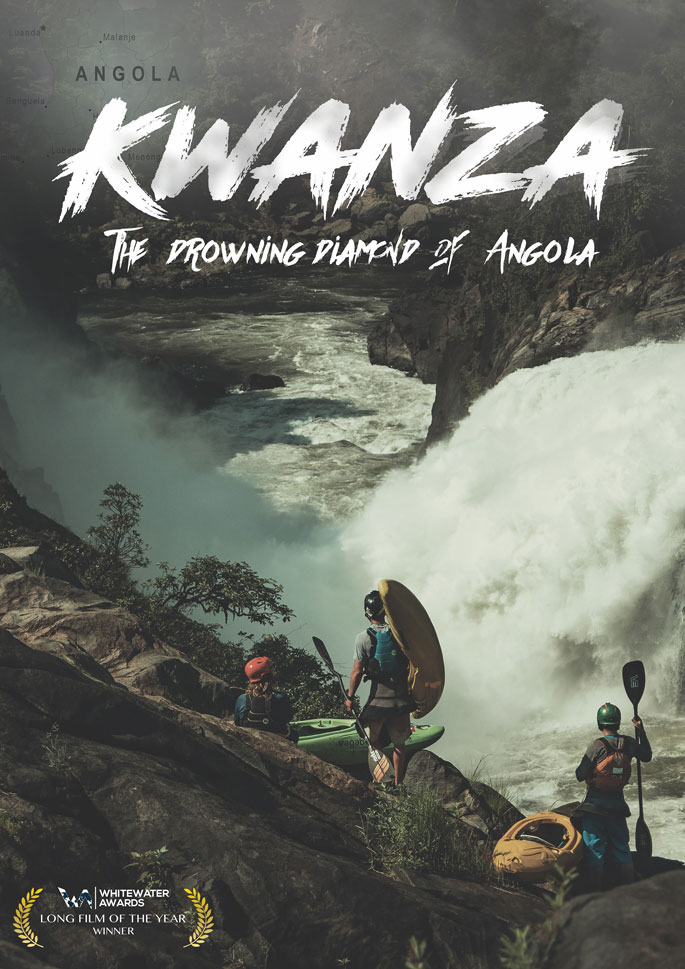