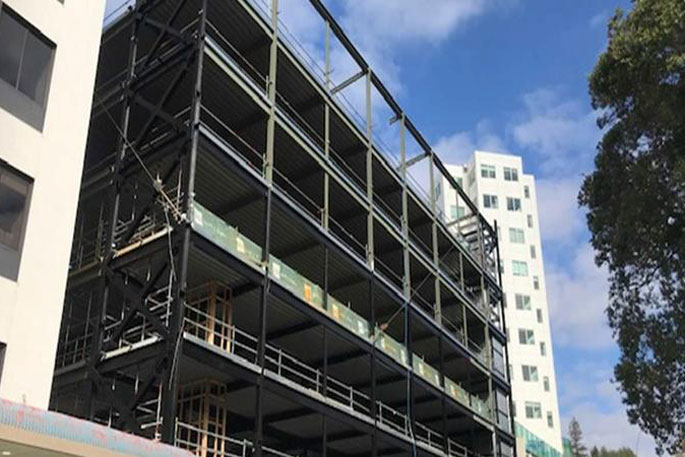 Tauranga City Council is still trying to recover millions of dollars spent on a failed car park after selling its prime central city site for $1.

The council got rid of the Harington Street site earlier this year to avoid having to shell out another $7m demolishing the multi-storey car park.

It was meant to be a key project to help rejuvenate the city centre, but the $29m car park was only partially built when multiple serious seismic defects were discovered.

"The action is against the building designer and the design peer reviewer."

The designers were structural engineers.

The intent is to recover "as much as possible" of the $20.5m ploughed into the project, the council says.

It had earlier costed a demolition option, or an option to rebuild it which would have pushed costs north of $60m.

The site was bought for $1 to a subsidiary of the lead project contractor.

Back in March, Tauranga City Council reached an unconditional agreement to sell the site to Waibop (Harrington) Limited - a subsidiary of the original lead project contractor, Watts and Hughes Construction Group Holdings Limited.

The agreement covers the sale of the site, which was due to become a 550-capacity carpark building.

Unused materials and structural steel purchased for use in the building, plus a negotiated settlement for the cancellation of the construction contract, results in a final payment to Council of $200,000.

Construction began on the seven-storey transport hub in June 2018. By May of 2019, however, council was informed of construction issues and in July of the same year advised there was a potential issue relating to seismic design strength.

The building has sat abandoned since work on the site was suspended in September 2019.

An engineering design review confirmed the structure design did not meet the required standard of seismic resistance.

The construction project was discontinued in June 2020.

RNZ has asked ENZ what it has done about the complaints.

I think it’s ask questions you already know the answers for is it not ? . You don’t expect the council, commissioners et al to tell you do you ? Swept under the carpet

Is there a time limit...

... on how long it sits there with no sign of activity or can they just leave it until they "get around to it"?

Are you seriously saying...

...that the $1 price on the failed car park INCLUDED freehold on the land!? They couldn’t be THAT stupid... could they?

You’ve got to feel sorry for the Elected Representatives who voted for this Ediface. The very fact that they won’t get to stand around at the Decoration of the Non-Participants (Opening ceremony) while quaffing sausage rolls, drinking tea and patting each other on the back to celebrate a job well done must be gut wrenching for them. Imagine the photo oppertunity that’s now lost along with the chance for these councillors to get their names forever etched into the annuls of Tauranga history only to be remembered as the pack of losers who voted for the dam thing in the first place.