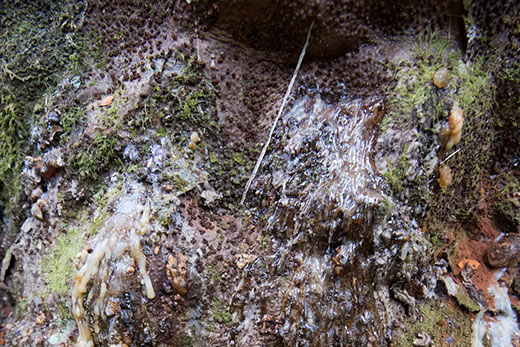 A man has been ordered to pay $5700 and pay court costs of $130 after he was found guilty of flouting kauri dieback rules at an Auckland regional park.

In March, Armitstead was convicted of three offences for entering tracks in the Waitakere Ranges that had been closed to prevent the spread of the tree-killing disease.

The West Auckland man was caught several times on camera in 2019 entering closed walkways in Titirangi.

It is the first prosecution of its kind.

Local iwi, Te Kawerau a Maki, delivered their victim impact statement to the court in which Te Kawerau a Maki Tiaki Trust director Robin Taua-Gordon says the "calling down" of the rahui was not taken lightly.

It was not some quaint cultural activity without consequence but a means to heal and make safe, Taua-Gordon says.

"Rahui is one of the strongest forms of environmental management used by tangata whenua, and is only applied in serious situations, such as death, risk of loss of food species, or threats to habitat."

When people entered a tapu space for "selfish intent" and without regard to the tapu, they were harming the wellbeing of the forest, she says.

"They may not understand or respect our customs, but the consequences are very real for us.

"It is sad that some members of the public have such little respect for our environment, our people, and indeed future generations that they would repeatedly breach the rahui.

"We only hope that some deep lessons are leant from this unfortunate episode."

During sentencing, Tremewan says the need for the bylaw was valid.

"There is an important and legitimate need to warn off others who might seek to enter the prohibited areas of the park that there will be a significant rather than trifling consequence if found breaching the bylaw."

Auckland Mayor Phil Goff welcomes the outcome of the case in which charges were first laid in November 2019.

"For council this was a serious and deliberate breach of the bylaw; the offending occurred not once but three times," Goff says.

"In prosecuting this case, we were looking to the Court to send a strong message that flouting rules in place to stop the spread of kauri dieback presents unacceptable risks to the survival of kauri and has consequences."

Sure he broke a ’bylaw’ But is it really 10 x worse than Drunken Driving. I’d rather someone wandering in the forest than drunk behind the wheel with my family on the roads