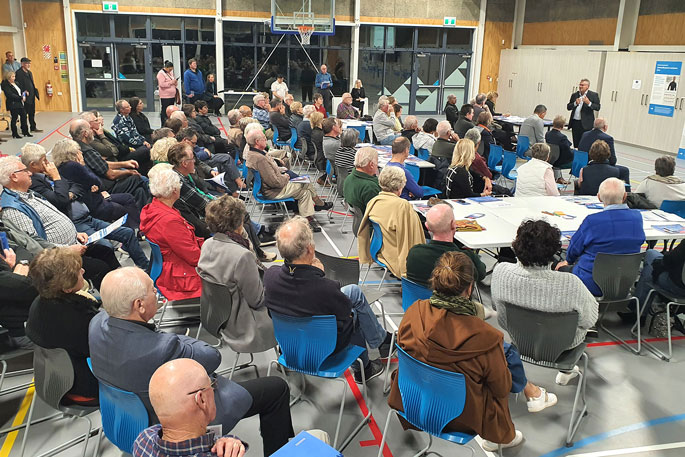 People at the meeting on Wednesday. Photos: Ross Brown/Vision Media.

Traffic congestions and infrastructure are topics that dominate many people’s conversations in Tauranga, and it was no different at a recent public meeting with the city’s commissioners.

About 120 residents attending what the Lakes Community Association is calling a successful meeting on Wednesday at Taumata School.

Each commissioner spoke on the investment priorities for the city over the next 10 years, along with the planned expenditure.

“The residents appreciated the Commissioners providing a clear overview of the issues facing the city and priorities to be advanced over the next 10 years,” says interim chair Tony Gavin.

In the question and answer that followed, residents generally supported investment priorities to strengthen the city’s infrastructure to cope with existing and future growth.

It was understood that a rates increase was inevitable.

However, as one resident observed; “while an increase in rates is necessary to fund needed growth, tangible improvements need to be seen to demonstrate the money is well spent”.

Residents sought action to fix the traffic congestion at SH29/SH36 roundabout through to Barkes corner and the lack of an on-ramp from 15th avenue to Takitimu Drive. 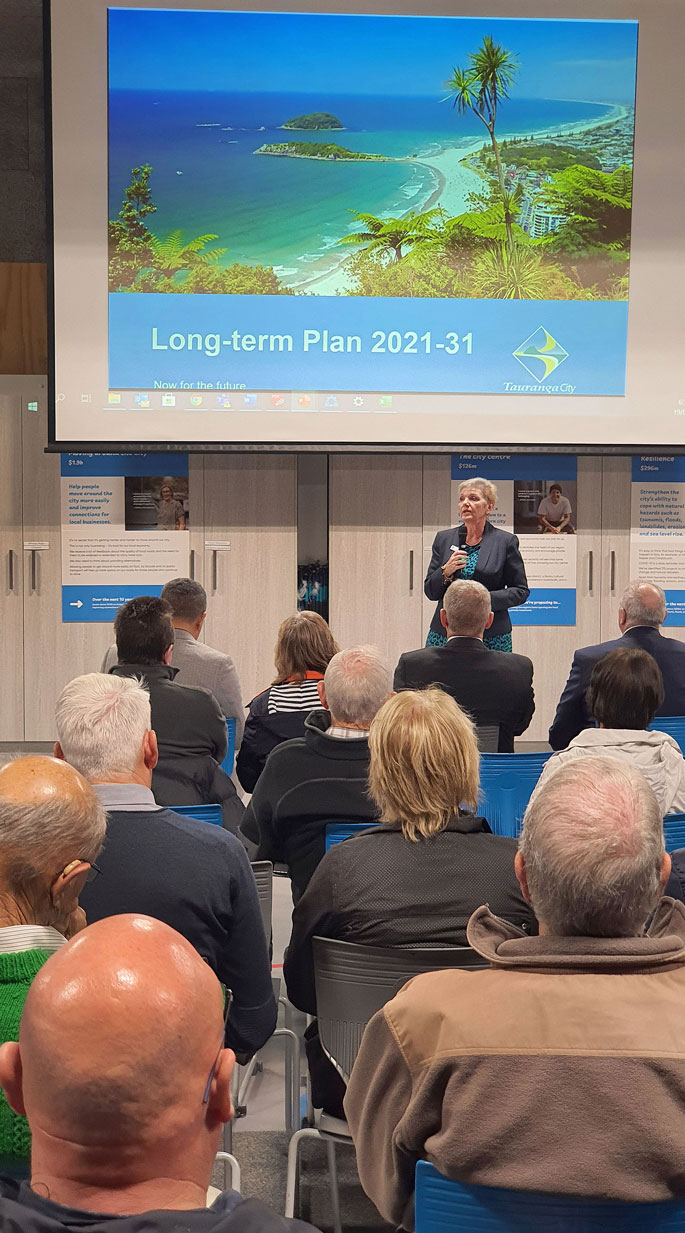 Commission chair Anne Tolley reported her experience of the traffic congestion coming to the meeting.

“I understand your concerns, however, we must deal with the NZ Transport Agency who often have different priorities.”

Residents stressed that the proposed residential developments in Tauriko West should follow once the necessary transport infrastructure is in place, to avoid the current problems of congestion.

The lack of community facilities in the Lakes was raised.

The commissioners invited residents and the community association to outline their priorities through their submissions on the LTP.

In closing the meeting, Tony encouraged residents to take up the invitation to make submissions to the commissions by June 7. 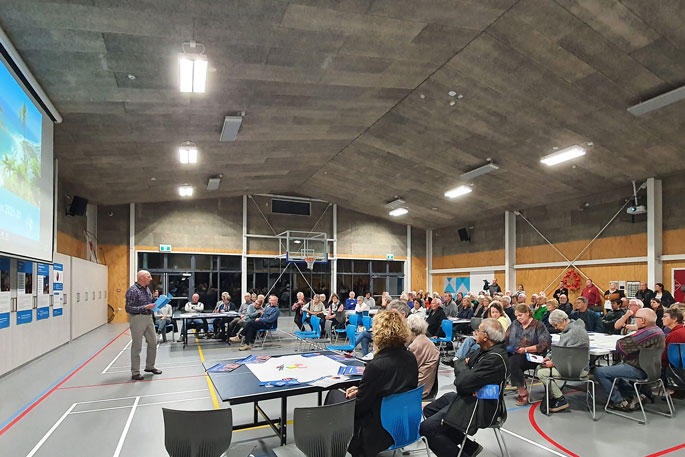 NZTA are completely guilty of neglecting the Western Bay of Plenty for a long time now. It’s shocking that this area has the country’s largest Port and they won’t provide the infrastructure to support that. This absolutely stupid idea to create a medium strip from Katikati to Pahoia is by far the stupidest thing I think that they’ve ever come up with. Instead of helping trucks get to the Port easier and quicker they’re going to slow them down even more and therefore increase these dreaded emissions even more. just plain BONKERS! As for Tauriko and Omokoroa, the very fact that they let the development to go ahead without the roads being sorted out beforehand simply defies logic. Now we have to wait years before its all sorted out and like Baylink by the time it’s finished it’ll be out of date.

These TCC people know exactly whats going on in Tauranga and DO NOT CARE about us they TCC are all wind, gosh surely they know about Greeton,(of cause they do) $45 million on Cameron rd,.yeah right, this will blow out to $100 million if they find a bone or unknown pipes etc, and they are all getting a PAY RISE cos they work really hard (YEAH RIGHT) TO SQUEZZE US PENSIONERS FOR ALL THIS WORK ,but they dont care, so much to listening to the people about this,this rd above will be a nightmare during the work, running around with flouro jackets and clipboards trying to justify their jobs, who else thinks like this out there, im out Sunlive, its like picking your nose with a Boxing glove on with TCC, WHO DON,T CARE,THANKYOU 10-4 OUT. PHEW.