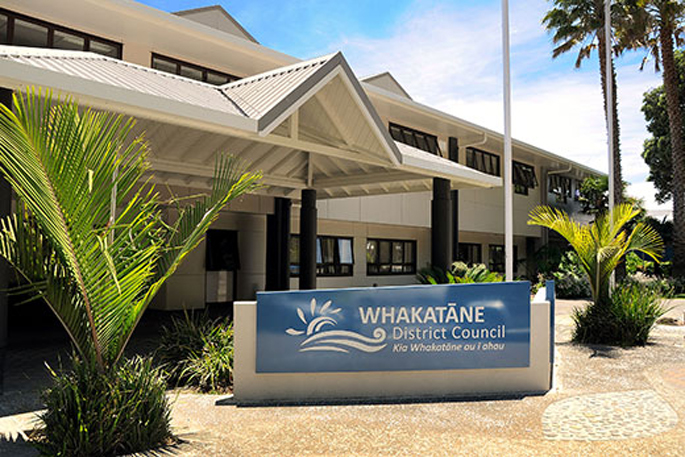 The decision was made earlier today at an extraordinary Council meeting for consideration of their establishment.

At the commencement of the meeting, 21 groups and individuals took the opportunity to speak in the Public Forum to share their views on Maori ward establishment with elected members.

The next step is to consider Maori wards as part of Council’s Representation Review.

To achieve fair and effective representation, councils must review their representation arrangements at least once every six years.

The review asks how many elected members there should be in a district and how they should be elected.

It considers wards, their boundaries, names, and how many councillors are elected to each.

A representation review is also an opportunity to review the number of community boards, the number of members and subdivision boundaries.

A community engagement programme will take place as part of the development of an initial proposal on the structure for elected representation.

The initial proposal then goes through a full consultation and public submission process ahead of the Council meeting on October 28 to adopt the final proposal. Public notification and an appeal period follow.

The opportunity to again consider the establishment of Maori wards followed the Local Electoral Amendment Bill which was passed at Parliament in February this year.

The changes to the Act removed any options for establishing Maori wards other than the Council resolving to have Maori wards.

Previously, local polls with five or more per cent of the voting population could overturn a council’s decision to introduce Maori wards.

Whakatane District Council voted in favour of Maori wards in 2017.

However, this was halted after a petition, signed by 1800 people, met the requirement of being signed by at least five per cent of registered electors.

This was created to defend simple tribespeople from the effects of rapid Westernization. It was not and is not pertinent to a civilized democracy where ALL of the people have the same rights under the Law, and Education and opportunity are available to ALL. It was resisted by NZ and others because it was seen as unnecessary here. The position on it has changed because the SPIRIT of it is accepted as being right. It is not legally binding and the Treaty of Waitangi SHOULD ’’trump" it. Indigenous people have already accepted equality by signing the Treaty, and their fair treatment under Law is assured by it. Kiwis value Maoritanga as part of our culture, and there is no chance that Maori could be overrun or lose their culture in NZ. This was/is not the case for some indigenous people elsewhere. Maori are not simple tribespeople...

Robin, I did as you suggested (although I have read the original Treaty many times.) Here is the link I used to the English version of the original: https://nzhistory.govt.nz/politics/treaty/read-the-treaty/english-text Please read it yourself. You’ll find no mention of the word "partnership"; Maori become British citizens with equal rights to other British citizens whom Hobson notes are already arriving in the colony. The rights of Rangatiratanga (Rulership) are ceded by the Chiefs who agree and sign the document, to Queen Victoria in return for equal rights and protection. It is fair and everybody wins. Since then it has been spun to suit the agenda of the Treaty Industry; Hobson would be turning in his grave. I cannot concede your point that it is about "partnership" because it isn’t. It is about equality. It wasn’t mentioned before 1975 because everyone understood it, and took it as read.

further to my last post and the last for me, I repeat there was no " Re Interpretation of the treaty" in 1975. That trope is the result of the mis formation of the racist organisation craftily named The one NZ foundation. Now called Hobsons Pledge. Misguided and delusionary. I will give you three examples of the intent of the British and the treaty they constructed. Please read the preamble to the treaty, read article 2 of the treaty both in Maori and English, then read article 71 of the 1852 Constitution Act. Until the United Nations declaration on indigenous rights the treaty was ignored in most legislation, the first official interpretation was made at that time. Before that the treaty meant whatever you wanted it to mean, except for Maori, who never gave up their rights to justice.

It is not the RECOGNITION of the Treaty in Law, that I and many others object to. It is the re-INTERPRETATION of it (in 1975) that is problematic. The original is fine and its intention and specificity is not objectionable. It provides what I said: SAME rights for ALL. Without a level playing field, there is no hope for us. It breaks my heart to see the backdoor stealth tactics being used to dismantle our democracy and gain advantage for 20% of our population (who actually DON’T need it; sure, there are AREAs where help is needed, but we can address that for ALL NZers, and specific cultural requirements could be financed from interest on reparations, to ensure pertinent and useful assistance with Maori staff. It doesn’t have to be divisive, with refusal to discuss and yelling and screaming. I weep for our Nation. Elections must bring change.

you are both wrong about my intent. Morepork the first mistake you make is in denying the treaty partnership. It is accepted by both the Labour party and National. Those who oppose the current Labour government policies are entitled to do so, however not at the expense of Maori treaty rights. Rather than me "letting go of it" morepork, I suggest you look a little further at the record of successive governments since 1975, when the unanimous decision of the, then highest court in NZ recognised the Treaty in law. Andrew if you truly want To speak for the people you should get your facts right. There is an insurmountable difference between your idealism and the everyday reality of life in NZ for many Maori. I am a proud stalwart for Justice, which includes Maori rights.

There is no "partnership" in the treaty; everybody got equal rights as citizens and the protection of the British Crown. (Unless of course you chose to rebel...) It’s really time you let go of it. Reparations (for some unscrupulous land deals) have been made and are still ongoing. Many Maori have successful lives and businesses and the young are graduating more than ever before. In areas where we see Maori over-represented statistically, (prisons, health, etc.), we definitely need to address that, but not with secret backdoor deals and privilege. Democracy requires open conversations and questions, without being shouted down as "Racist". Your Labour Government IS pursuing a separatist policy that will lead to Apartheid and division, where there is no need for it. And they are doing it secretly because they know that most Kiwis won’t stand for the abolition of our Democracy. It is totally Political.

you too. Where is the division you talk of? Labour won in a landslide, I suspect it is just you and your friends who create division. Oldest trick in the book, but it ain’t working too well. Labour prove it.

Divide and conquer is Labour policy. Everyone had equal opportunity now its race based division create by Labour.

Maori wards are based on the partnership obtained at the signing of the Treaty of Waitangi. Every interaction between Maori and the rest of us flows from that. Hypothetically if the indigenous people of Nz had been pakeha the treaty would still hold, and you would have to invent a different reason to grizzle.

There can only be one way to label a policy that is based solely on racial identity....